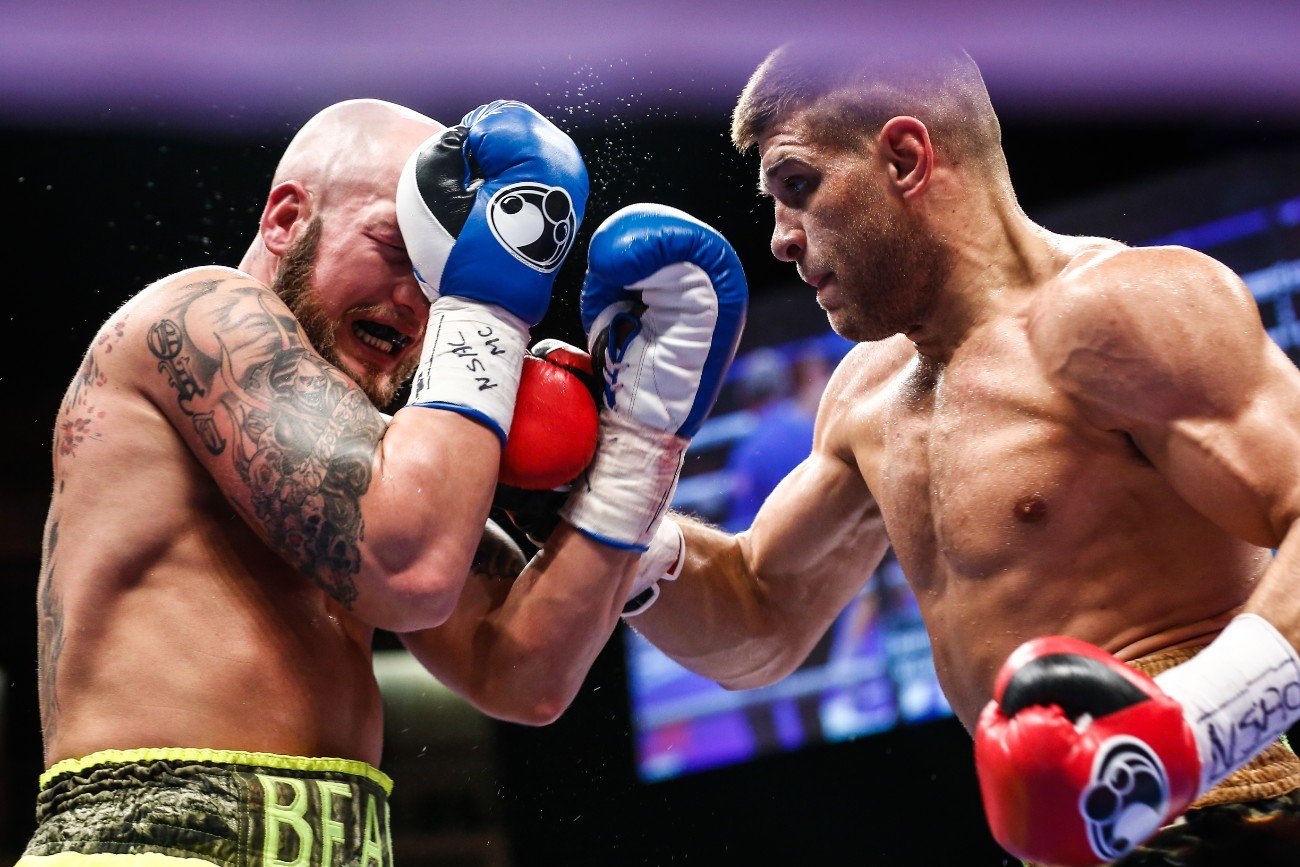 Top contender Sergiy Derevyanchenko believes that his combination of skills and experience will make him the toughest challenge that WBC Middleweight Champion Jermall Charlo has faced in his career, as they near their showdown this Saturday, September 26 headlining part one of CHARLO DOUBLEHEADER, a SHOWTIME PPV event presented by Premier Boxing Champions.

“I’ll be his toughest test at middleweight,” said Derevyanchenko. “Jermall has never faced anyone like me.

I’ll apply more pressure than he’s used to. He’s also never faced anyone with my footwork. I’ll fight more on the inside than his previous opponents.”

Derevyanchenko sports a 13-2 pro record with ten knockouts, following an extensive amateur career representing his native Ukraine at the 2008 Olympics as part of his 390-20 overall ledger.

A pro since 2014, Derevyanchenko’s experience in the amateurs has aided him as he climbed up the middleweight division in the paid ranks.

“My amateur experience has helped me a lot,” said Derevyanchenko. “I came to the pros with much more experience in the ring than most other fighters, and it’s been a big part of what I’ve accomplished. I believe that all of that experience will help me get the win on Saturday and take Charlo’s belt.” 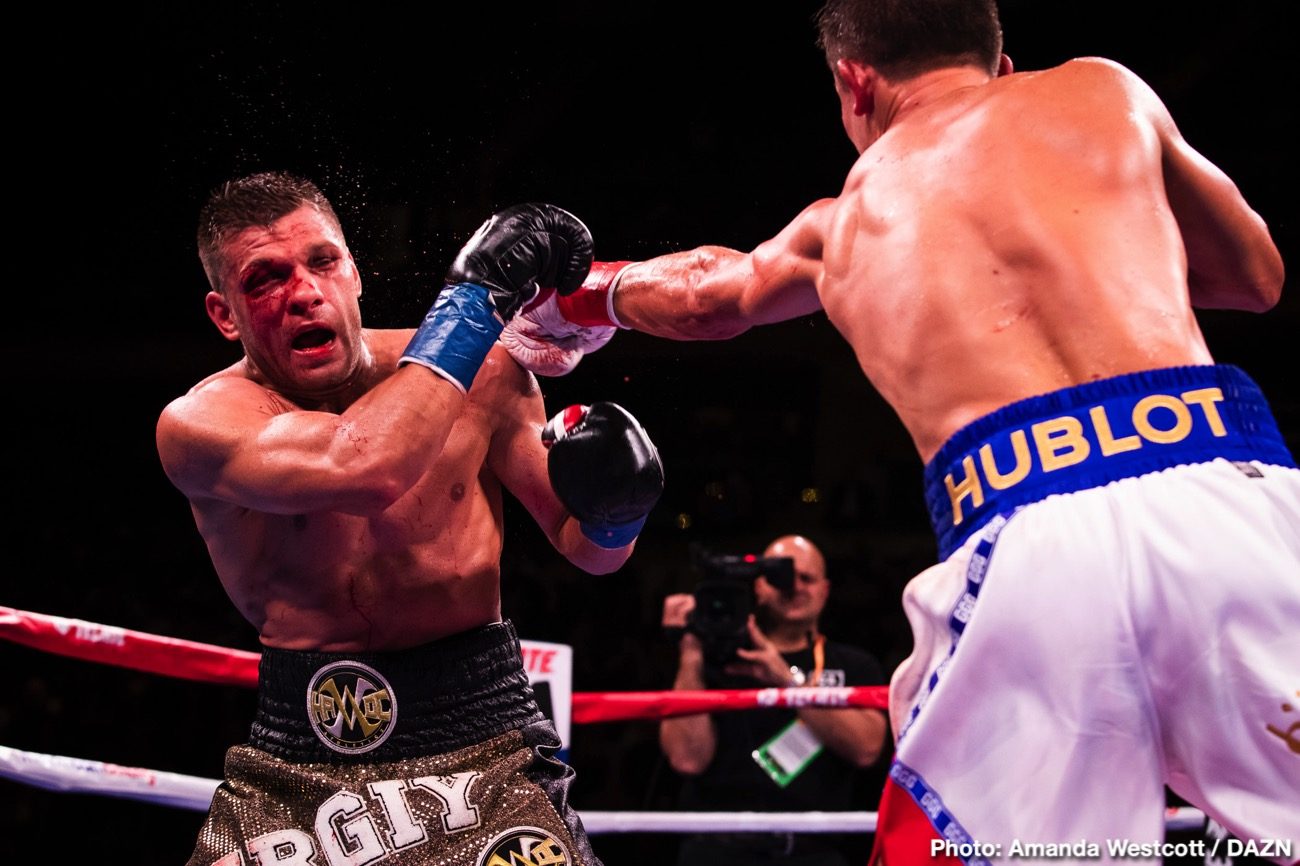 The 34-year-old now lives in Brooklyn and has avoided any negative training impact of the pandemic by working with his head trainer Andre Rozier at their private gym in New Jersey.

September 26 will be Derevyanchenko’s third world title fight, after losing a narrow decision to Gennadiy Golovkin last October and a split decision against Daniel Jacobs in 2018.

Each of his previous title fights has presented different experiences that he can take into the Charlo fight based on the similarities and differences between the opponents.

“Golovkin is a very different fighter than Charlo, but Jacobs is similar stylistically, so that’s something I’ll be used to,” said Derevyanchenko. “This training camp has been very similar to camps for my previous fights, though. We just brought in different sparring partners for this one. We’re using fighters who can show us what Charlo will bring to the ring.

“We’re making necessary adjustments based on all our experience and developing a game plan specifically for Charlo. The sparring partners have been giving me great work, and I’m ready for September 26.”

In both of his title opportunities, Derevyanchenko has suffered a knockdown in the first round, only to battle back and nearly win the fight. Despite the similar script, Derevyanchenko is not focusing on those opening round mistakes as he prepares for Charlo.

“I’ll be very focused in the early rounds against Charlo; we’re not dwelling on the past,” said Derevyanchenko. “We always have an eye looking forward. I’ll try to get the win faster against Charlo, so we’ll be applying more pressure early.

“Those first-round knockdowns were just brief moments in those fights. I quickly moved on, put them behind me, and fought my way back into it. I told myself that I might have lost the first round, but I just had to be better in the remaining rounds.”

With fight week here and the bulk of the hard training behind him, Derevyanchenko is prepared for the challenge Charlo presents, no matter how the fight goes or which strategy Charlo enters the ring with. 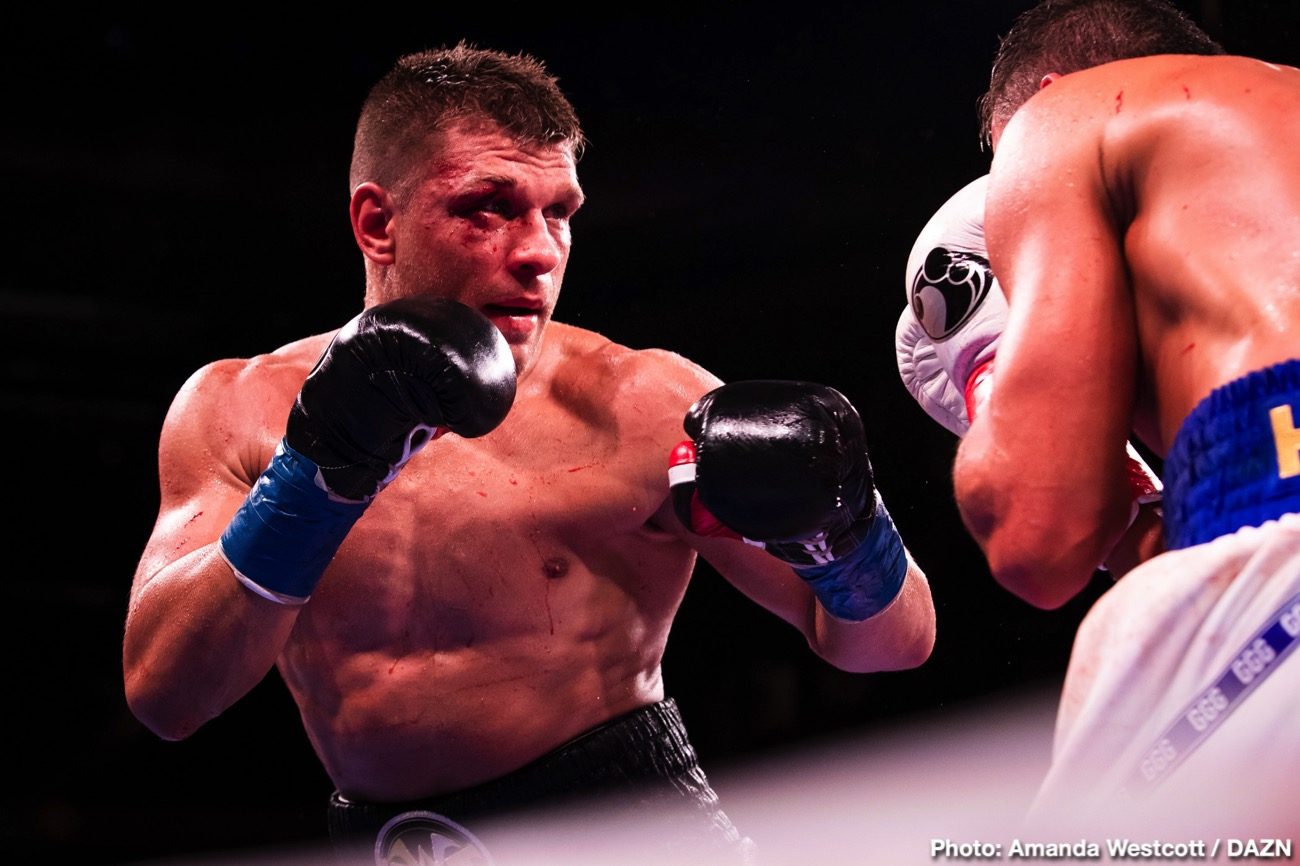 “I’m not solely focused on the fight going one certain way, we just have our game plan, and we’ll see what happens in the ring,” said Derevyanchenko. “If I can knock him out, I’ll be ready to go for it. But if it goes 12 rounds, I have all of the skills to win a decision.”