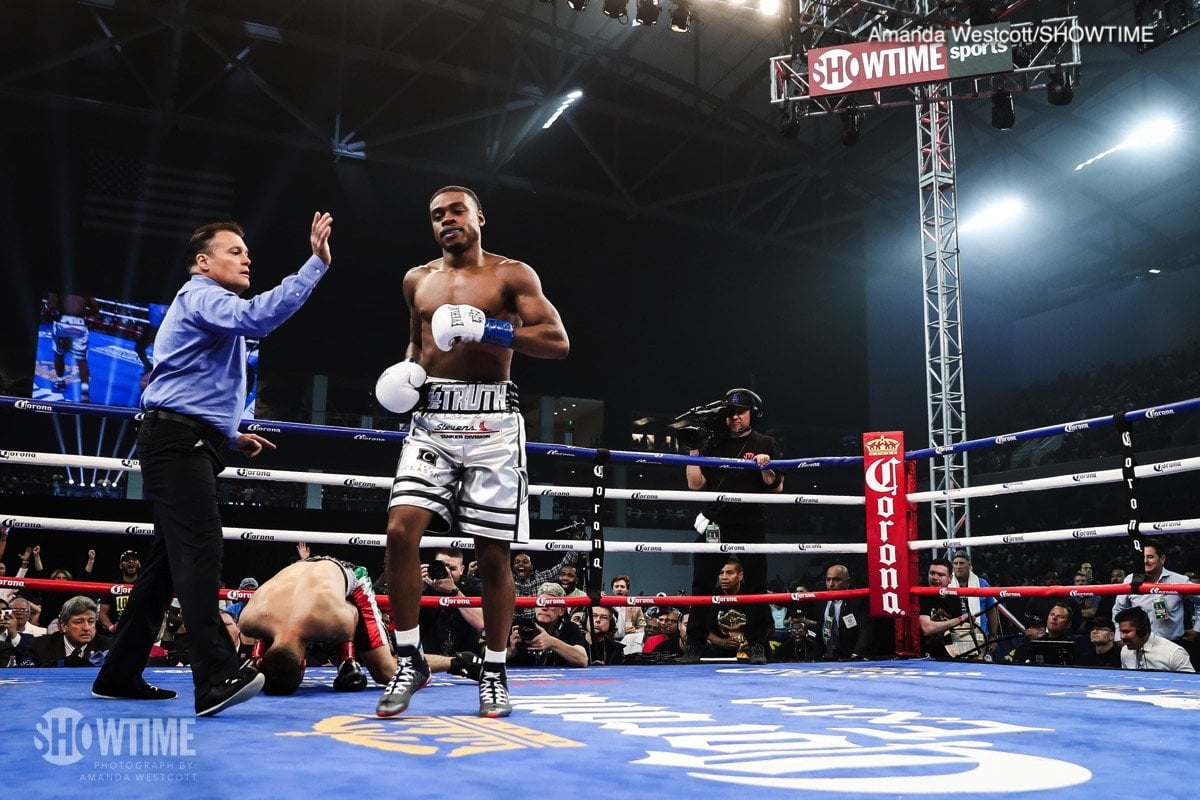 When Mikey Garcia first called for a fight with the much bigge Errol Spence most fans laughed or sneered, insisting this fight, one that would see Garcia bite off way more than he could chew, would not happen. Fast-forward a few months, and the fight is almost done. According to a piece over at Ringtv.com, the fight is being finalised for next February, to go out on Showtime Pay-per-View. The fight could take place in Texas, a source told Ring.

So, while IBF welterweight king Spence awaits the big, defining fights at 147, a fight with Terence Crawford in particular, the unbeaten southpaw seems set to have another big fight to keep him occupied. What can we expect from Spence and Garcia when they do actually lock horns with one another?

Garcia, who won his first world title down at 126 pounds, was last seen dealing with Robert Easter in a July lightweight unification clash, but even before that fight, Garcia was looking at bigger things in the form of the Spence challenge. Has Garcia, who insists to everyone who will listen to him that he can and will beat Spence, seen something in “The Truth” that makes him wholeheartedly believe this – or is Mikey, in attempting to go for the ultimate gamble in search of greatness, making a foolhardy move?

There is easily enough interest for us fans to buy the Spence-Garcia fight. It’s an intriguing one, that’s for sure. Spence looks pretty much unbeatable right now, but the same could be said of Garcia. The big difference is of course the weight between the two pound-for-pound entrants. But who knows, if Garcia can somehow overcome the difference in size and natural weight, if the fight comes down to pure skill Vs. pure skill, just maybe this fight will wind up being the surprise big hit of 2019. Who wins? Spence, 24-0(21) or the currently 39-0(30) Garcia? The bigger, one would think stronger man has to be the pick, of course, but Garcia, in attempting to give us a throwback of a fight, deserves immense credit for taking this fight.

Can Garcia prove the old adage, ‘a good big man beats a good little man’ to be wrong next February?