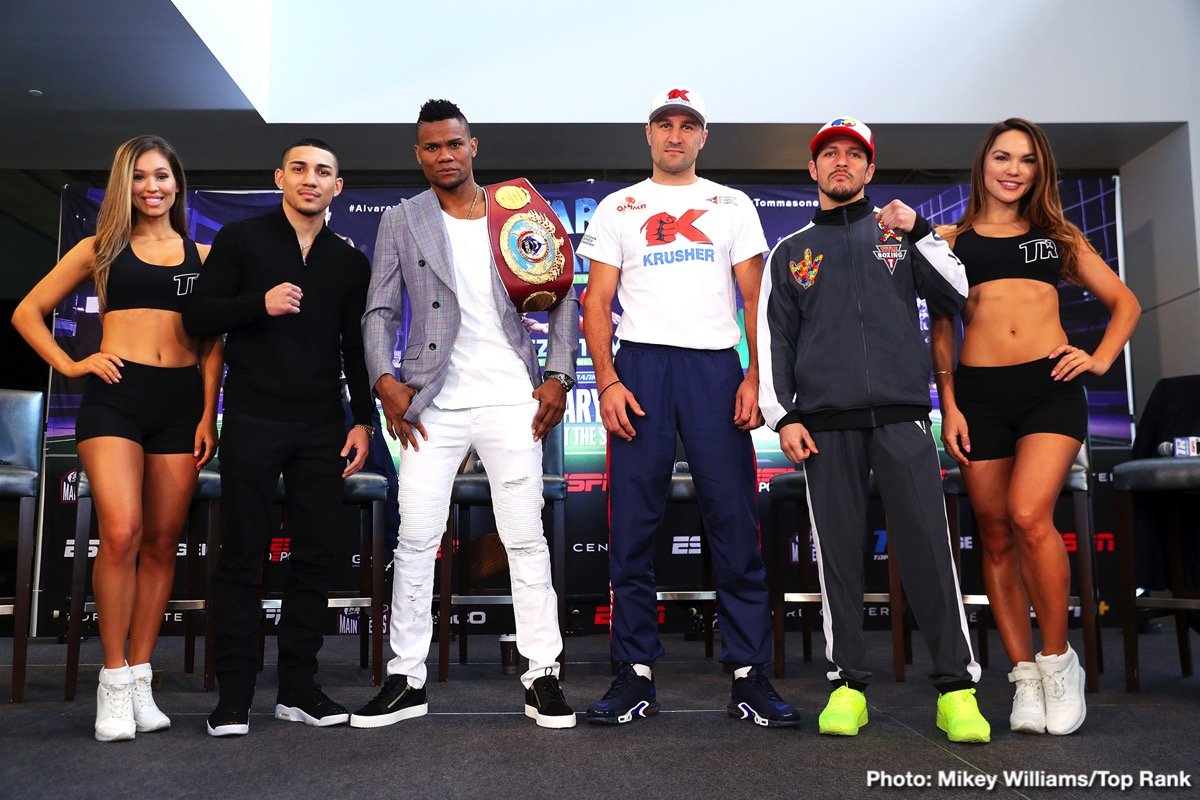 When current WBO Light Heavyweight World Champion, Eleider Alvarez, steps in the ring to face Sergey “Krusher” Kovalev in their much-anticipated rematch on February 2 at the Ford Center at The Star in Frisco, Texas live on ESPN+ (https://plus.espn.com), it will Kovalev’s fifteenth consecutive world championship fight. As the challenger, Kovalev will seek to utilize his extensive championship experience to avenge his title loss in his ESPN+ debut and take back his title. Alvarez looks to prove his upset over Kovalev in their last fight was just the beginning of a championship run. Below is the scouting report for this exciting event:

Main Events’ matchmaker, Jolene Mizzone commented, “Who doesn’t love a rematch in a fight that was an upset win? This is what boxing is all about! Kudos to both fighters to sticking to promises and contracts and moving forward with it so quickly.”

Their first fight ended with a dramatic knockout that shook up the Atlantic City Boardwalk. The rematch between Eleider “Storm” Alvarez and Sergey “Krusher” Kovalev will bring two of the light heavyweight division’s biggest names to The Star.

Alvarez (24-0, 12 KOs) scored a come-from-behind knockout against Kovalev on Aug. 4 in a major upset to shake up the division. Kovalev (32-3-1, 28 KOs), who has made nine title defenses across two reigns, will seek to become a three-time world champion and regain his position in boxing’s pound-for-pound top ten.

Alvarez-Kovalev 2 and a soon-to-be announced co-feature will headline a special edition of Top Rank on ESPN beginning at 10 p.m. ET. The entire undercard will stream live beginning at 7 p.m. ET in the United States on ESPN+ – the new multi-sport, direct-to-consumer subscription streaming service from The Walt Disney Company’s Direct-to-Consumer & International segment in conjunction with ESPN. 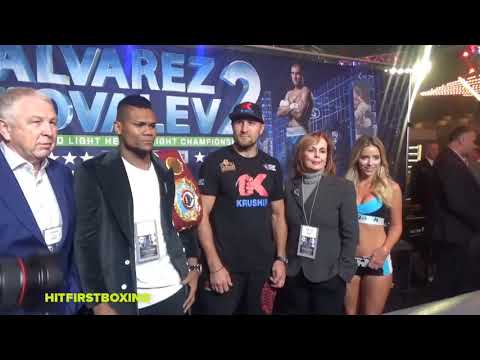 ”The fact that Kovalev said it was a mistake and that I was lucky is motivation for me,” Alvarez said. “He is a sore loser, and I will make sure there will be a second ‘accident.’ ‘I expect Kovalev to be stronger in that second fight. I expect the best Kovalev because he won’t underestimate me this time, but I am fully aware of this. I am able to be even better than in the last fight.”

“I am very thankful to fight on ESPN on Feb. 2,” Kovalev said. “I will look to take back my title and put on a great show for the fans. Together with my new trainer, Buddy McGirt, I will be ready for Alvarez.”

“Sergey and Eleider are two of the world’s best fighters, and we look forward to hosting their rematch and another great night of boxing at Ford Center at The Star,” said Stephen Jones, Chief Operating Officer of the Dallas Cowboys. “Ford Center at The Star has proven to be a premier fight venue, and there is no better way to continue that legacy than to bring the world light heavyweight championship to North Texas.”

Alvarez, 34, a native of Colombia who now resides in Montreal, turned pro in 2009 following an amateur career that included a pair of Pan American Games gold medals and a 2008 Olympic berth. In 2013, he defeated former middleweight world champion Edison Miranda by unanimous decision, and by 2015, he had established himself as one of the world’s top light heavyweight contenders. He earned the shot at Kovalev following a trio of high-profile wins: a 2015 majority decision against perennial contender Isaac Chilemba, a 2017 knockout of former longtime super middleweight world champion Lucian Bute, and a majority decision over former light heavyweight kingpin Jean Pascal. That all led to his triumphant night on the Atlantic City Boardwalk, a feat he hopes to duplicate in Frisco.

Kovalev is one of the most dominating world champions of his era, a devastating puncher with nine title defenses across two title reigns. He won the WBO world title in August 2013, traveling to Wales and knocking out hometown champion Nathan Cleverly in the fourth round. He became the unified champion in November 2014 with a dominating 12-round decision against future Hall of Famer Bernard Hopkins and further enhanced his résumé with a pair of knockout wins against Jean Pascal. He lost his world titles in November 2016 via controversial decision to pound-for-pound great Andre Ward. Nearly seven months later, Kovalev was stopped in the eighth round by Ward, a bout remembered in part for the multiple low blows that immediately preceded the stoppage. Kovalev rebounded, winning the vacant WBO light heavyweight title with a second-round TKO against Vyacheslav Shabranskyy in his next bout. He defended the title once, a seventh-round TKO of Igor Mikhalkin in March, before running into Alvarez.