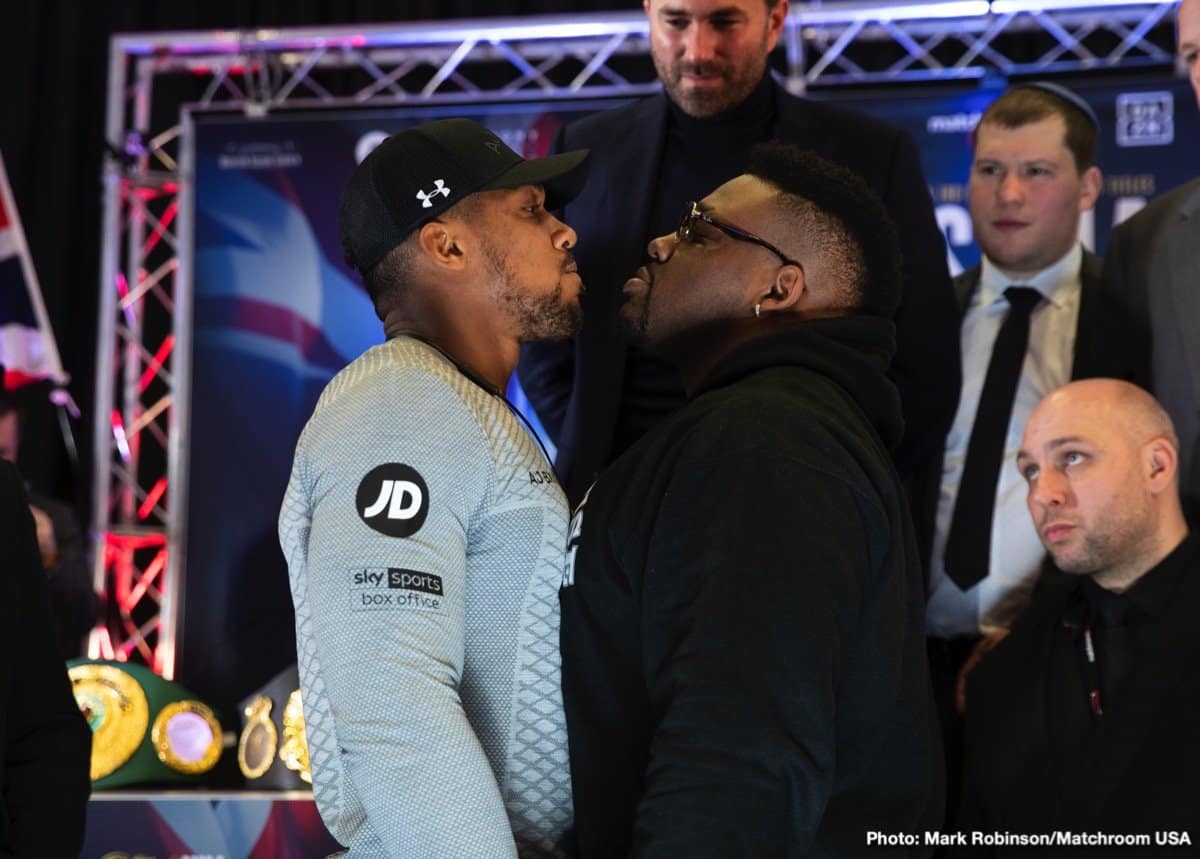 Like a number of people, Eddie Hearn has been unable to forgive Jarrell Miller for his willingness to try and cheat, this by way of taking PEDs and subsequently failing far more than one drugs test. As fans know, “Big Baby” was set to challenge Anthony Joshua in 2019, only to fail two drugs tests. Now, Miller is set to make his ring return on a Triller card next month.

Hearn, speaking with Talk Sport, says “Big Baby” still owes him money. More than that, Hearn says he feels Miller was “injecting things in to him to beat Anthony Joshua.” That, Hearn pointed out, “is criminal.”

“Some fighters I genuinely believe have made mistakes, some have just outright cheated,” Hearn said. “You have to understand, when he [Miller] failed the drugs tests for the Anthony Joshua fight he was injecting things into him to beat Anthony Joshua. That’s outrageous, criminal. Ultimately, I don’t think he should be allowed to fight again but I’m not the governing bodies, I’m not the commissions. I like Jarrell Miller. I think he’s a nice guy, but the fact is he repeatedly cheated to try to gain an unfair advantage in a fight against another athlete. And he owes me money, genuinely. And he will be paying me.”

It does seem as though Miller’s name has been irreparably damaged and tarnished and that nothing will ever make the ill feelings people have towards him go away. Miller’s planned comeback may or may not get off the ground, and he may or may not go on to win a bunch of fights. But Miller, 23-0-1(20) will do so whilst carrying around with him the reputation of a convicted cheat.

Are you ready to forgive Miller, to give him yet another chance (remember, Miller also failed a drugs test during his kickboxing career, this way back in 2014)? Plenty of people are not. However, others – such as Tyson Fury, who recently hired Miller as a sparring partner – are willing to forgive and forget. Let’s see how the fans great Miller when he makes that return to the ring. If it happens.