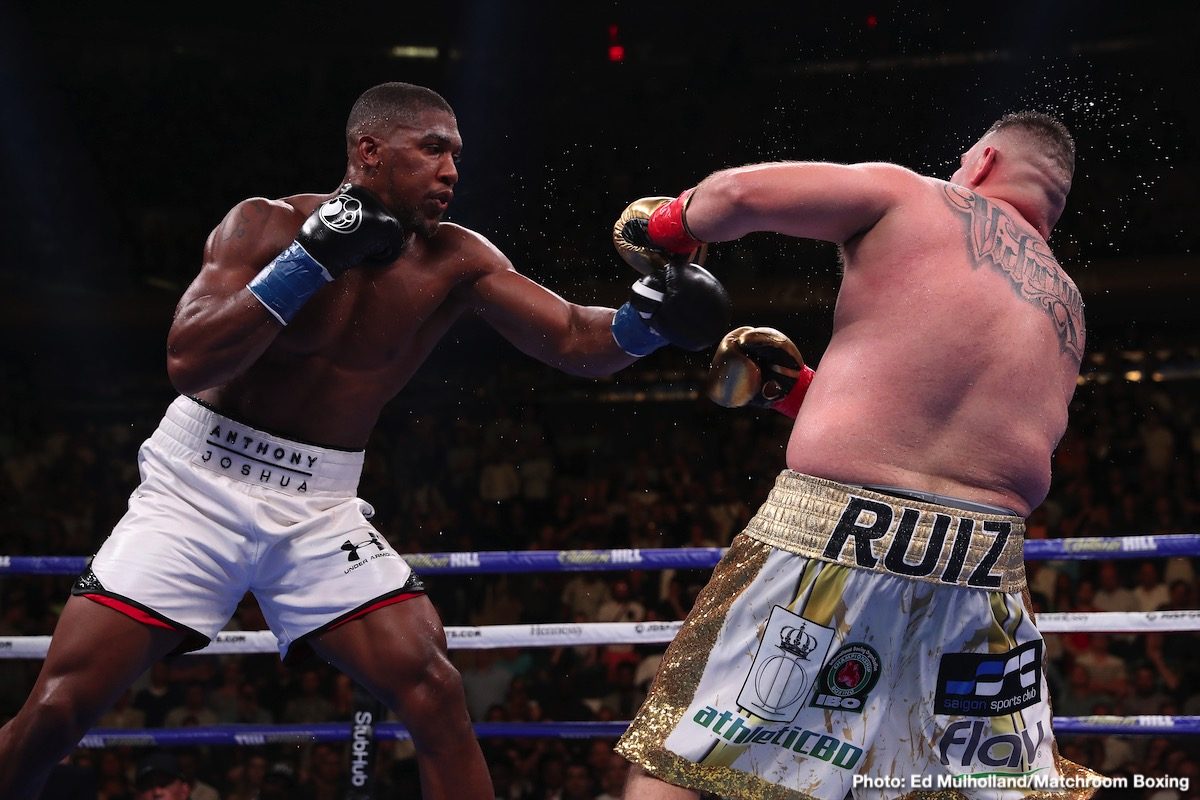 Promoter Eddie Hearn, in speaking today with IFL TV, said that his fighter Anthony Joshua absolutely has to win his upcoming return fight with Andy Ruiz before he can even think about any other match-ups involving AJ. That said, Hearn did speak (in reply to a question) Deontay Wilder’s name.

Hearn, talking about the recent comments Wilder had of wanting Tyson Fury to step aside from their scheduled February 2020 rematch so he could fight the Ruiz-Joshua winner next in a unification fight, said how Wilder was merely trying to steal some of Joshua’s publicity – as the reigning WBC heavyweight champ did, according to Hearn, when announcing his rematch with Luis Ortiz the week Joshua was in New York back in May, hyping his fight with Jarrell Miller (a fight that didn’t happen of course).

“It’s quite sad,” Hearn said when speaking of Wilder’s tactics to pick up publicity. “AJ just lost, yet he is five times bigger than Wilder.”

Ruiz, if he can repeat his massive win of June 1 and keep on top, could become the biggest star and attraction in the game. A down to earth type of person who has that approachable, guy next door aura about him, the Mexican/American really has captured the hearts of fight fans the world over already. Ruiz can look forward to even more fans if he can keep his run of success, really a fairy-tale type of story that has uplifted underdog types everywhere, going strong.

Ruiz might seem an unlikely superstar, yet if he can repeat his win over Joshua and then beat another star, say a Wilder or a Tyson Fury, then Hearn may well be proven correct and “The Destroyer” will largely carry the sport. A Ruiz with two wins to his name over Joshua, going in with either Wilder or Fury would generate staggering numbers audience-wise.