Okay, my apologies, the above headline is a little misleading! But Australian warrior Jeff Fenech has been, retroactively, crowned WBC super-featherweight champion, this some 31 years after almost the entire boxing world felt strongly “The Thunder From Down Under” had beaten African legend Azumah Nelson in Las Vegas. It was in June of 1991, on the Mike Tyson-Razor Ruddock rematch card, when Fenech and Nelson battled to a thrilling, yet highly controversial 12 round draw that saw Nelson retain his belt.

Nelson, who was badly stunned late in the fight, looked like a loser to almost everyone, yet Fenech – who had won belts at bantamweight, super-bantamweight and featherweight and was going for his fourth title – was sent home with a draw. Nelson was the luckiest man in the house that night.

But now, at the ongoing WBC Convention, a wrong has been righted, as Fenech has been awarded with the WBC 130 pound belt he should have had strapped around his waist that night all those years ago. WBC president Mauricio Sulaiman explained how a special committee was put into place to examine the June 1991 fight. “All the ring officials from all over the world scored the bout in favour of Jeff Fenech,” Sulaiman said. “The WBC board of governors approve the motion to crown Jeff Fenech to become a four-time world champion.”

Fellow greats such as Roberto Duran, Julio Cesar Chavez and Miguel Cotto were on hand to see Fenech get what he so fully deserves and has deserved for so long.

The Fenech-Nelson fight, one of the most intensely fought lower weight fights of the 1990s, with Fenech applying ridiculous pressure on older man Nelson, saw a ton of inside fighting, with Fenech getting the better of it. But two of the three judges didn’t agree with the rest of planet earth, with one official scoring it for Nelson and another judge scoring it all level. Fenech, then 25-0, had a blemish put on his record that sent him into a rage of anger.

“Put the gloves on and we’ll fight again right now,” a fuming Fenech said when being interviewed that night in Vegas.

The rematch did come, in Australia in March of 1992, and this time, to his credit, Nelson rolled back the years and stopped Fenech in another memorable fight (it had been disclosed how Nelson had been fighting the effects of malaria in the first fight). The two then fought again, as old men, in June of 2008, with Fenech winning a close decision.

But it is the first fight that was the best. And the worst as far as the judging is concerned. Now, finally, a wrong has been righted. So, does Jeff Fenech go down as the oldest super-featherweight champion in history!? 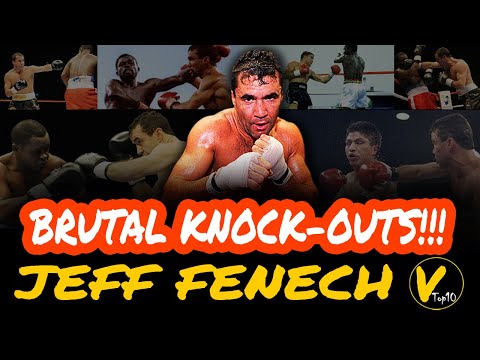