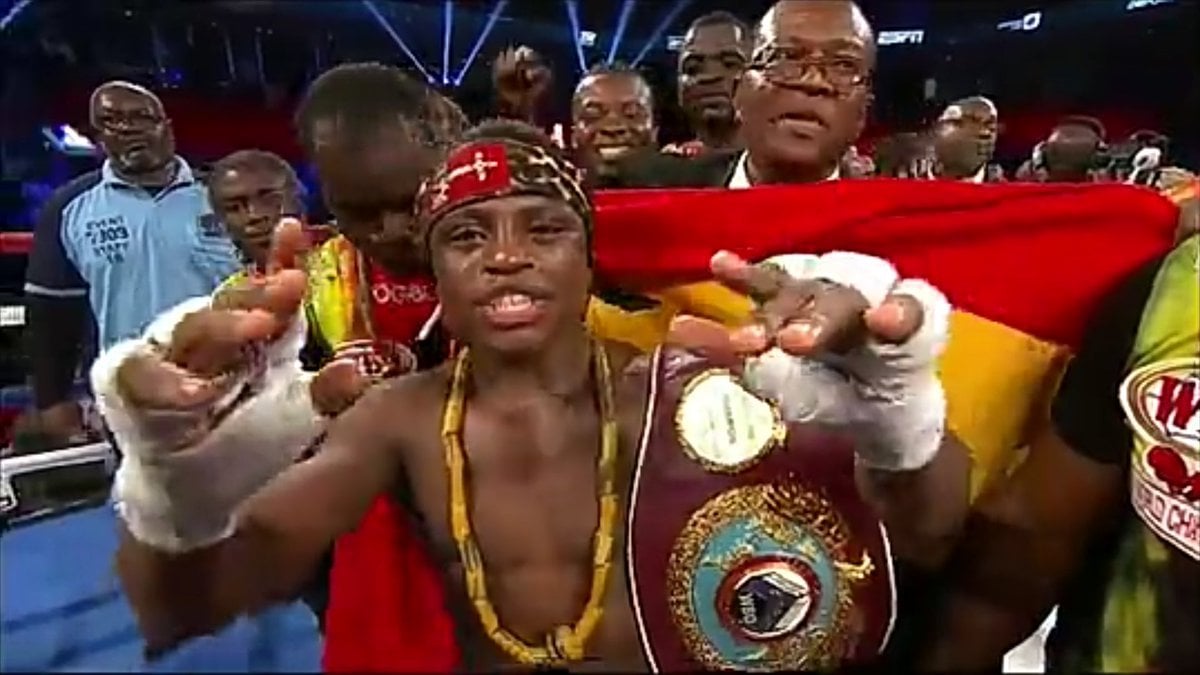 The date was confirmed about a month ago and the opponent was unveiled few days ago and now it’s been confirmed that the Top Rank promoted boxing show at the end of next month featuring two WBO world title fights will take place at Glendale, Phoenix Arizona.

Undefeated Dogboe (19-0, 12 KOs) will be defending the WBO junior featherweight belt he stopped Jessie Magdaleno in 11 rounds to win in Philadelphia back in April against the experienced Otake (31-2-3, 14 KOs) who will be fighting outside Tokyo for only the second time in his career. Otake’s only previous voyage abroad was in a failed bid for the WBA super bantamweight world title against Scott Quigg in the UK in 2014. The unaimaous defeat at the O2 Arena in London also remains the last defeat on the CV of the reigning OPBF super bantamweight champion who is riding a 9-fight winning run.

But Otake who is ranked number 6 by the WBO to Dogboe’s title and is also number 6 in the IBF ratings and number 8 WBC super bantamweight in the world however will face the sternest test against the 23 year old hard-hitting Dogboe.

Dogboe has indicated his readiness to unify the division and was already involved in a social media banter with WBA superbantamweight champ, Daniel Roman with both boxers declaring their readiness to put their respective titles on the line.

Dogboe, the youngest ever Ghanaian world champion also hinted of a possible rematch against Magdaleno, also on social media between the two boxers in which the Mexican-American was first to propose a rematch to which Dogboe responded, ‘why not?’ but the idea was eventually dropped.

Sanctioned and approved by the Arizona Boxing and MMA Commission, the show is billed to be shown live on ESPN and their affiliate platforms and will also have as co-main event, the WBO lightweight world championship featuring title holder, Raymundo Beltran of Mexico (35-7-1, 21 KOs) versus undefeated Russian, Roman Andreev (21-0, 15 KOs) who holds the WBO European lightweight belt.

It will be a first defence of the title for 36 year old Beltran who succeeded at the second attempt, earning a unanimous decision against Paulus Moses of Namibia in February this year. Beltran previously lost a bid for the same WBO lightweight belt to Terence Crawford in November 2014.