So much for making plans. Canelo Alvarez found out last night in Las Vegas that life – or fights – is what happens when you’re busy making plans. Beaten for just the second time in his hugely successful career, by a quite brilliant Dmitry Bivol, the Russian showing everyone he is no fighter to look past, Canelo now finds himself having the fight Bivol, 20-0(11) again. The talk of light-heavyweight dominance, followed by a move to cruiserweight and then a historic, for the ages winning of the heavyweight championship will have to wait.

But can Canelo, all 5’7/5” of him, beat Bivol? Is the 175 pound division too much for Canelo? Yes, Canelo beat a past his best Sergey Kovalev to win a belt at light-heavyweight, but prime 175 pounders like Bivol, and Artur Beterbiev, are a different thing entirely. And Bivol showed it last night. Canelo, who is now 57-2-2(39) was closely but fairly beaten, Bivol boxing brilliantly, the three 115-113 cards handed in his his favour accurate. This was no robbery.

Bivol used an excellent jab, good movement and he put Canelo under plenty of pressure. Canelo offered no excuses immediately after the fight had ended yet he later said he did not lose:

“I don’t think I lost the fight,” Canelo told the media after the fight. “I lost a few rounds but I didn’t lose the fight. I felt good to be honest, maybe a little tired over the last few rounds but that’s because of the weight. I’m looking for the difficult fights, I want to make history. He won four or five rounds, not more than that.”

The rematch will be massive. However, after seeing Bivol’s performance last night it’s tough to see Canelo getting revenge over him. As for Canelo’s planned third fight with Gennady Golovkin, that too will have to wait. And it seems clear Canelo would have been biting off way more than he could possibly chew in a challenge of heavyweight champ Oleksandr Usyk.

The big challenge for Canelo now, the biggest challenge of his career, is to somehow find a way to beat Dmitry Bivol. How do YOU rate Canelo’s chances in the rematch? 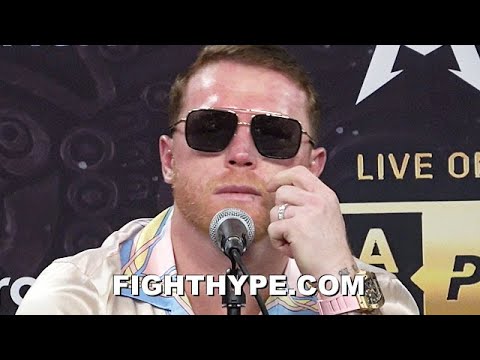