WBA light heavyweight champion Dmitry Bivol says a rematch with Canelo Alvarez isn’t as “interesting” for him as it was for the first fight because he’s already beaten him.

Bivol (21-0, 11 KOs) says he prefers to take his career in a forward direction rather than going back to fight a guy that he’s already beaten in Canelo.

Next month, Bivol will defend against his WBA mandatory challenge Gilberto ‘Zurdo’ Ramirez (44-0, 30 KOs), on November 5th on DAZN at the Etihad Arena, Abu Dhabi.

Bivol says he feels confident about beating Ramirez and then moving on to face IBF, WBC & WBO light heavyweight champion Artur Beterbiev in early 2023 for the undisputed 175-lb championship.

Given Bivol’s stance on Canelo, it’s unclear when or if a rematch will happen between them.

It could depend on Canelo’s interest in that fight. If he wants it bad enough, his management will likely make Bivol and offer he can’t refuse for a second fight.

“He has 44 fights, and that means he’s good. I don’t know if I’ll ever have 44 fights in the pros,” said Dmitry Bivol to Fight Hub TV, talking about Gilberto ‘Zurdo’ Ramirez.

“Life changed a little bit. A lot more people now recognize me,” said Bivol when asked how his life has changed after beating Canelo Alvarez. “In Los Angeles, a lot of Mexicans recognize me, and they respect me. In Russia and in Krygyzstan.

“I feel the respect from people, and, of course, I’m happy. I’m glad.

“What about skills? He has a great body punch with his left hand, and he has good conditioning. He’s tall, he’s southpaw, and he’s confident because of 44 fights and 44 victories. Experience, he has a lot of experience.

“We’ll be the same weight before the fight,” said Bivol making light of Ramirez’s size advantage.  “Of course, he’s taller, but he’s the same weight as me. It’s a hard fight.

“I can’t say my fight against Canelo was the hardest fight in my career. We sparred maybe three or four times for ten rounds,” said Bivol about Ramirez. “He was a champion at the time at super middleweight.

“I like this fight because he was a champion, and he has zero losses. If it were up to me to organize the fight and pay out of my own pocket, this fight would have happened a long time ago,” said Bivol in response to Ramirez complaining that he made him wait a long time before finally fighting him.

“He wants a rematch. It’s not a surprise to me because he’s a champion,” said Bivol about Canelo Alvarez wanting to avenge his loss to him last May.

“It’s okay for him that he wants revenge. Of course, the better way for me is to move forward, move up. We can talk about a rematch, but it’s not interesting to me like it was before,” said Bivol about Canelo.

“I don’t know. It’ll be another fight, and everything will be new,” said Bivol when asked if his rematch with Canelo will be more one-sided this time. We will see will there be a rematch or no.

“I think it’s before Canelo, and it would be a good fight,” Bivol said about preferring to face IBF/WBC/WBO light heavyweight champion Artur Beterbiev next rather than a rematch with Canelo.

“Of course, now it’s good fight for four belts. Yeah, we were on the same team. We were on the national team, and he was one of the best fighters on our team,” said Bivol about Beterbiev. “I was young when I came.

“I saw him as the older, more experienced fighter. He was kind of like one of the leaders on the team. I kind of looked up to him a little bit as one of the guys that was on top.

“To be honest, no,” said Bivol when asked if he ever thought back then that he would one day fight Beterbiev. “We were in different weight classes when I came to the national team.

“He fought cruiserweight, and I was super middleweight. Then I moved up, and he moved to light heavyweight, and then he left amateur boxing.

“Yeah, he’s really tough; he’s really strong. He’s one of the strongest people that I have seen. He was small for cruiserweight, but he had enough power to beat them. Sometimes he would spar with heavyweights and beat them too.

“I don’t know how but I know I deserve to winner of this fight,” said Bivol when asked how he beats Zurdo Ramirez. “Why not? I believe I can. I don’t know why. I feel I deserve.

“I’m in my prime. I’m the champion, and I feel confident in myself. It’s not enough. I train hard, and I do everything my coach tells me. I try to be disciplined and try to follow discipline,” said Bivol. 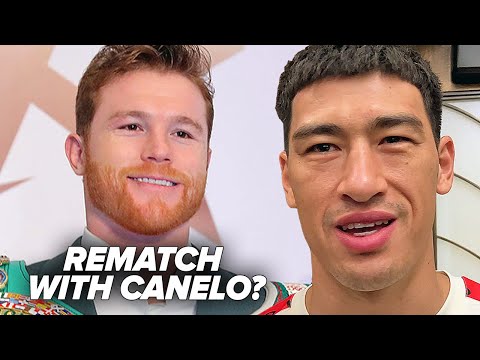