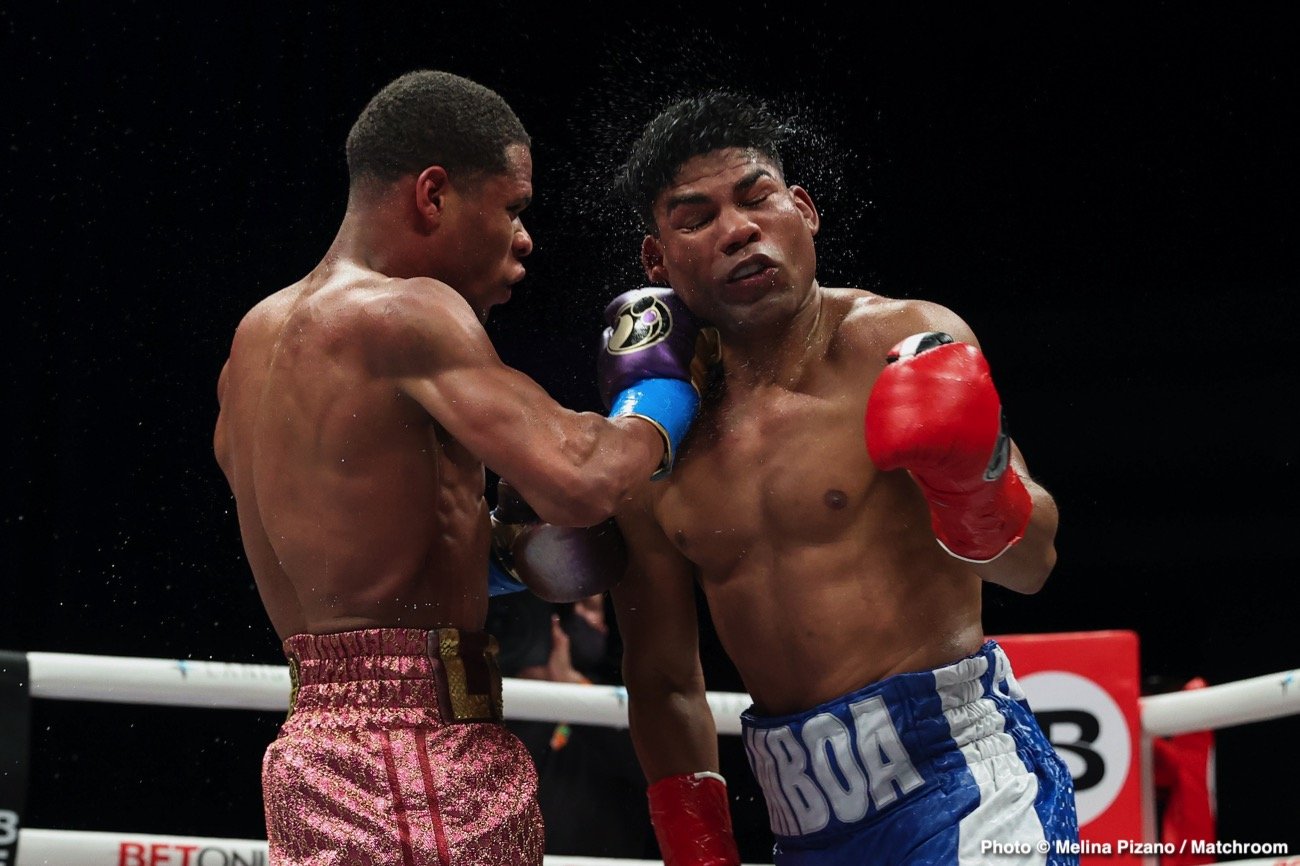 One of the things that helped make Floyd Mayweather Jr the great fighter he was (some may say, is) is his incredible work ethic. And according to unbeaten lightweight star in the making Devin Haney, Floyd certainly still has it. Speaking with Sky Sports, “The Dream” says Mayweather “works like he’s going to fight one of the top welterweights today.”

Of course, the soon to be 43 year old Mayweather is not going to fight one of the top welterweights today. Instead, in a bout that has been postponed – most likely due to poor interest levels – Floyd is going to fight You Tuber Logan Paul, who sports a 0-1 ring record. But even though everyone knows Mayweather wins that “fight” with almost pathetic ease, “Money” is still training like a true champion.

“His work ethic is crazy because he is still working. He still gets up at 5 or 6am to go running,” Haney said. “He is training in the gym. He works like he’s going to fight one of the top welterweights today. It’s great (for me to train alongside him). I’m thankful to spend time and to learn from the Michael Jordan of boxing. He is a guy who has accomplished the most in his era, and someone I can learn so much from.”

Some fans see Haney, the current WBC champ a 135 pounds (Teofimo Lopez being the WBC franchise champ at the weight) as “the new Floyd Mayweather.” Others still think Gervonta Davis, who Floyd is also very close with, as the man to become “the face of boxing.” Have Haney and Davis got the same incredible desire to put in the work in the only place that really matters – the gym?

Mayweather has his critics to be sure, but nobody ever questions his willingness to train hard and to live the life. “Hard work and dedication” is Mayweather’s mantra, after all. But as much as Floyd has left to offer, as hard as he is willing to carry on working, we have to ask, why doesn’t the self proclaimed “T.B.E” fight a real fight, one that would add even more to his legacy?

The thing that has turned off a good number of fans is the way Mayweather is willing and quite unashamed of taking money grabs, easy fights/events that really do nothing for his reputation. All that continued hard work in the gym could see to it that Mayweather took and won another big fight. One that would get the real boxing fans excited. Instead, Mayweather will continue to do things his way, and he will receive criticism for it.

This, it seems, is something Floyd fails to grasp.