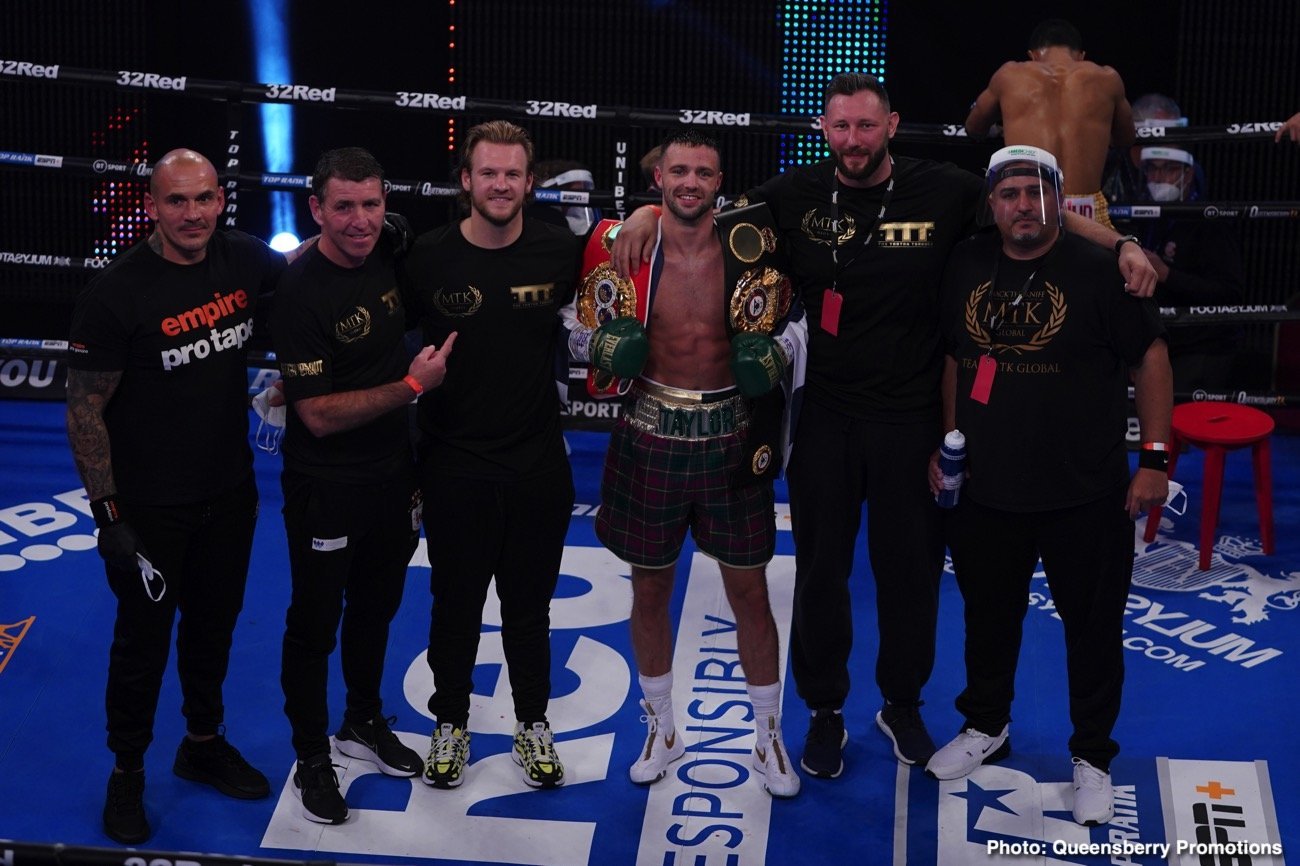 A 140 pound unification clash between unbeaten warriors Josh Taylor and Jose Ramirez has been in the pipeline for some months, and now Bob Arum says the fight is likely to go ahead in “early May” in America. Taylor, the reigning WBA and IBF champ, has said a few times he always wanted to fight a big fight in America and now he is on the verge of getting what he wants. And fans know there is no way Taylor Vs. Ramirez will be a dull fight.

To the contrary, this one could well be The Fight Of The Year. Ramirez, the WBC and WBO ruler, is all-action, while Taylor is a very special talent; with the suggestion being he could go on to become recognized as THE greatest Scottish fighter ever. Arum spoke with Talk Sport and he says Taylor may train in the same U.S gym that heavyweight king Tyson Fury uses.

“I advised Josh that the fight with Ramirez would be in the United States and would take place in early May,” Arum said. “I had to get him busy getting his visa and all that sort of stuff because they told me Josh wants to arrive in the United States at least a month before that fight. He wants to train in our gym – the same gym Tyson Fury trained in.”

There is no word yet on a venue or an exact date, yet the feeling is the fight will likely go ahead on May 1. Hopefully, a big crowd of fans will be permitted to attend. Again, this fight really will be something to see. A 50/50 fight on paper, between two superb fighters, this one could go either way. But don’t tell Taylor that. The 30 year old who is 17-0(13) says he has watched Ramirez fight “a hell of a lot,” and he says he is “better than him in every department.”

“I do 100 percent believe I’m gonna win this fight,” Taylor told Talk Sport. “I just don’t see he does anything better than me. Boxing IQ, boxing on the back foot, boxing on the front foot, I don’t believe his fighting inside game is that good either. I’m not gonna disrespect him, he is a very good fighter. I’m not gonna slag him off because I do respect him. But I just believe I win hands down.”

28 year old Ramirez, 26-0(17) has other ideas, of course. This May could prove to be a huge time for great fights – with this fight, the Tyson Fury-Anthony Joshua fight, and Canelo Alvarez’ expected Cinco de Mayo fight all possible for the month. This is what the sport of boxing is all about: the best fighting the best.