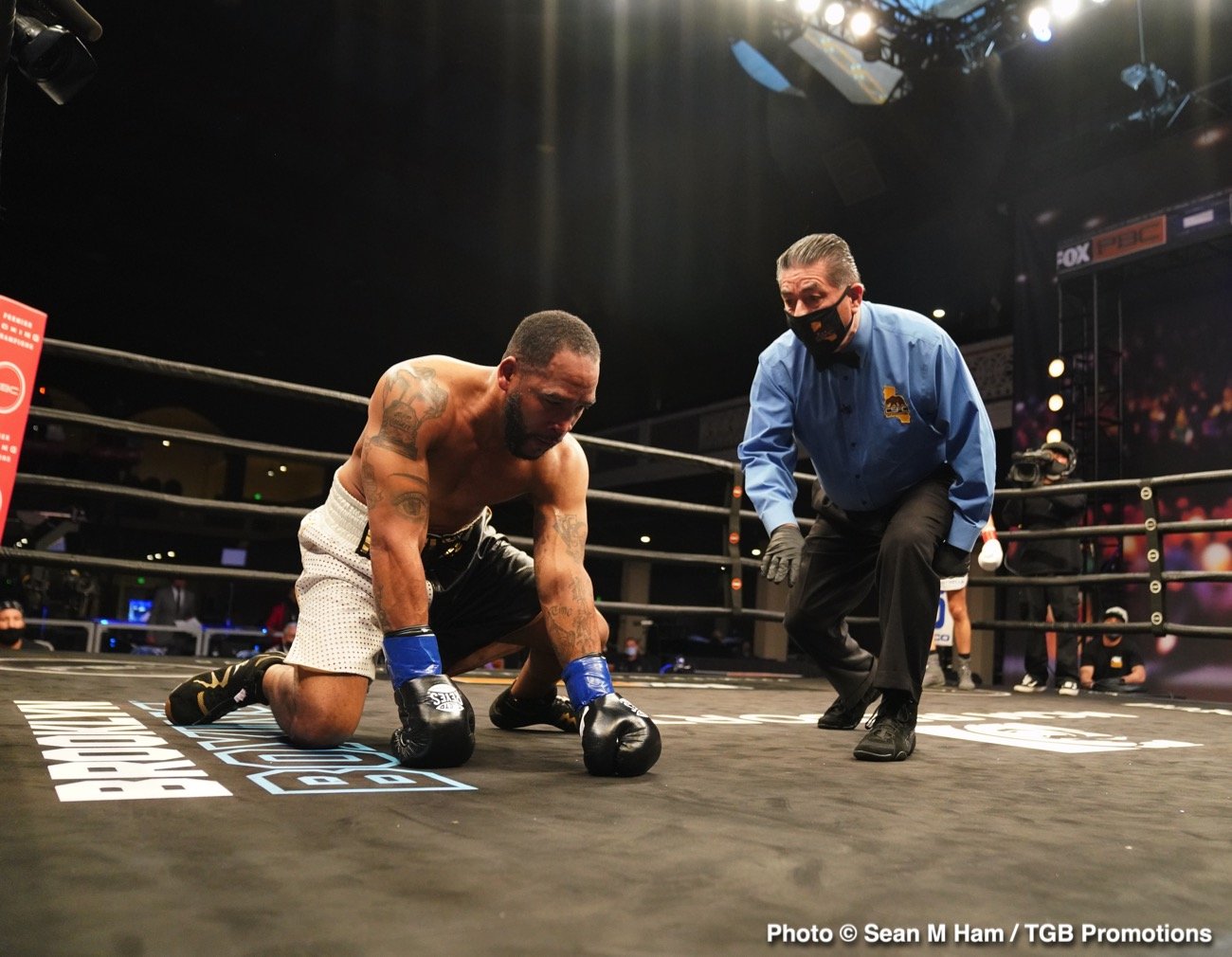 They say fighters are the last to know when it’s time. Another case that backs up this line of thinking, that a fighter never knows when he’s finished and needs to find another line of work, is that of James Kirkland. Once a thrilling warrior who was as tough as he was powerful, the 36-year-old southpaw was last seen getting destroyed in far less than three minutes. It was “The Mandingo Warrior’s” latest comeback, one more run at glory.

But Juan Macias Montiel, a man fighting in his own blood, ruined the plans Kirkland had. Minus trainer Ann Wolfe, Kirkland was ruthlessly exposed as either a shot fighter or something dangerously close to it. In a nutshell, Kirkland, never a man with a granite chin or an airtight defence, even in his prime, had no balance, no snap on his own shots and almost no punch resistance to speak of. An article reporting on the December 26 fight declared how, as badly faded as Kirkland looked, not even Ann Wolfe could help him now.

But Kirkland disagrees. He’s not ready to call it a career. Kirkland says he will get in touch with Wolfe again and that the two of them will “talk about bringing stuff back to the game.”

As per an interview with Curran Bhatia, Kirkland, 34-3(30) made it clear he does not have retirement on his mind.

“It’s crazy because I had so many people come to me with that initial question and I recently spoke with her and everything was like – it’s like a brother and sister when you don’t see each other [for] a long time – it’s always a plus when it comes to me and Ann, there’s never a dull moment,” Kirkland said. “I’m always loving the class and just understanding what she has. It’s like she’s my left side, I’m her right side. I definitely look forward to talking with her and trying to see what we can do to move forward. I’m definitely down to have a talk with her and we’ve recently spoken and we’ll talk about bringing stuff back to the game.”

It remains to be seen if Wolfe will consider trying to assist Kirkland on what would be his next comeback. Does Wolfe see anything left to work with in Kirkland? It sure would be an astonishingly impressive job on the part of Wolfe if she somehow managed to work her magic and get Kirkland back to anything like top level. That’s how bad Kirkland looked on Boxing Day evening.

Three losses do not end a career, but when a fighter is almost unable to take even a veritable glancing blow then even the greatest of trainers are unable to help him. Maybe Kirkland will see sense and decide the time is right for him to move on. Maybe Kirkland could become a good trainer himself. After all he’s learnt from Wolfe, Kirkland at the least knows how to get a fighter into fine physical shape.