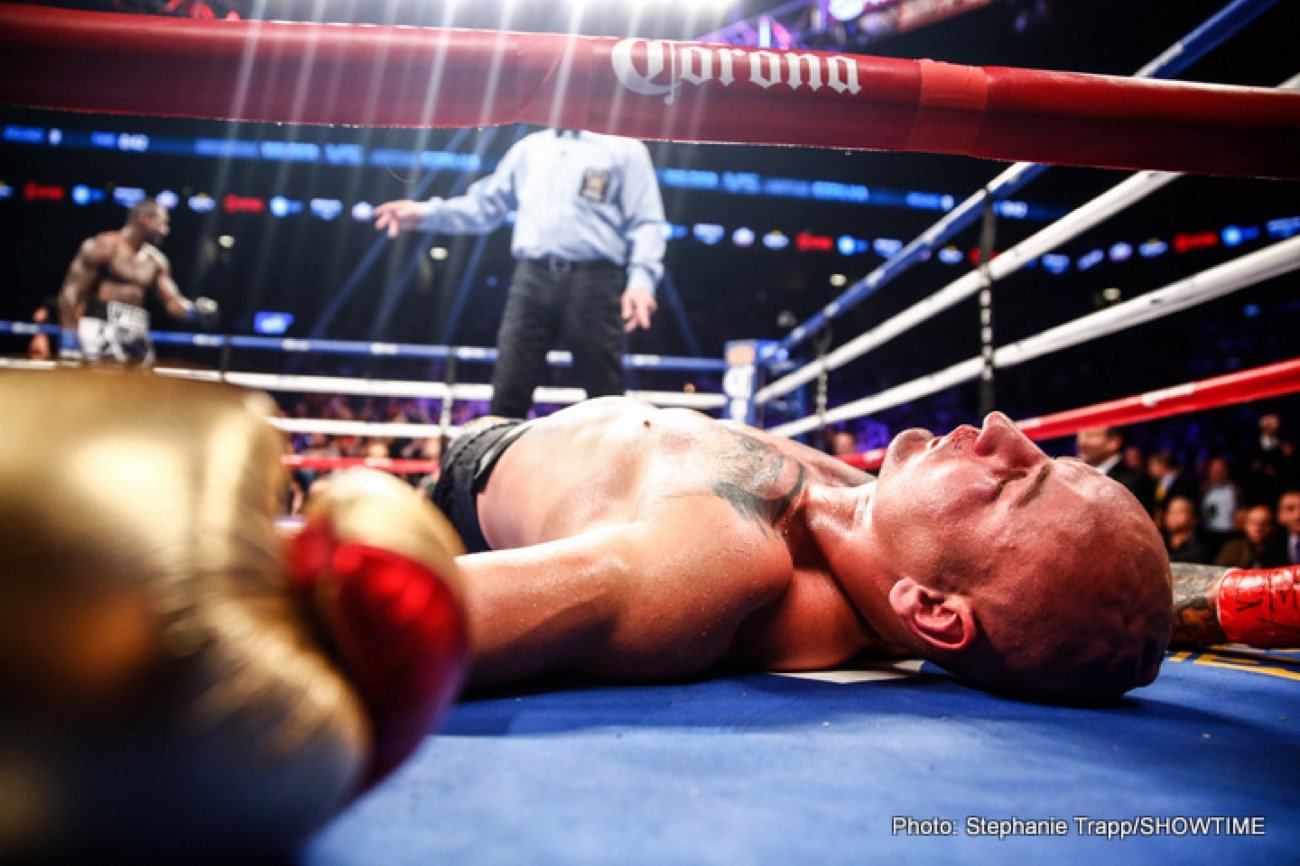 Five years ago in Brooklyn, New York, Deontay Wilder scored a chilling one-punch KO that he later said a number of times frightened even him. Wilder, making his third defence of the WBC heavyweight title, met Polish warrior Artur Szpilka. Szpilka, known as “The Pin” and trained by Ronnie Shields, had his moments in the fight, his aggression and his movement giving Wilder plenty of trouble.

After eight rounds, some pundits had Szpilka ahead on points. Then, in the ninth, Wilder showed us his raw power. A huge right hand landed flush on Szpilka’s chin and down the Pole went. Hard. And for a disturbing amount of time. Szpilka was so badly hurt he had to be taken from the ring via stretcher. It was around this time that a (reportedly drunk) Tyson Fury invaded the ring. Fury and Wilder got into it, with Fury getting into Wilder’s face.

If only we knew than what would happen when these two giants fought one another. Here we are, almost a year on from Fury’s complete destruction of Wilder, this in their rematch, and we are wondering if Wilder will even fight again. On the night Wilder starched Szpilka, Fury clambered into the ring and bellowed how he would destroy “bum” Wilder. As we know, Fury was as good as his word.

Wilder was for a time a special and scary puncher – going on to register an amazing 39 KO’s from 40 wins. But Fury showed the boxing world that power alone will not be enough against the best. Fury may well have ruined Wilder. Time alone will tell if Wilder can ever come back.

But five years ago today, after he had for a few moments actually thought he’d killed an opponent, Wilder had absolute confidence and belief in his brutal punching power. Fury laid down the challenge, it took almost three years for the two men to fight, but when they did meet, Fury lived up to all his promises. There will be no third fight between these two.