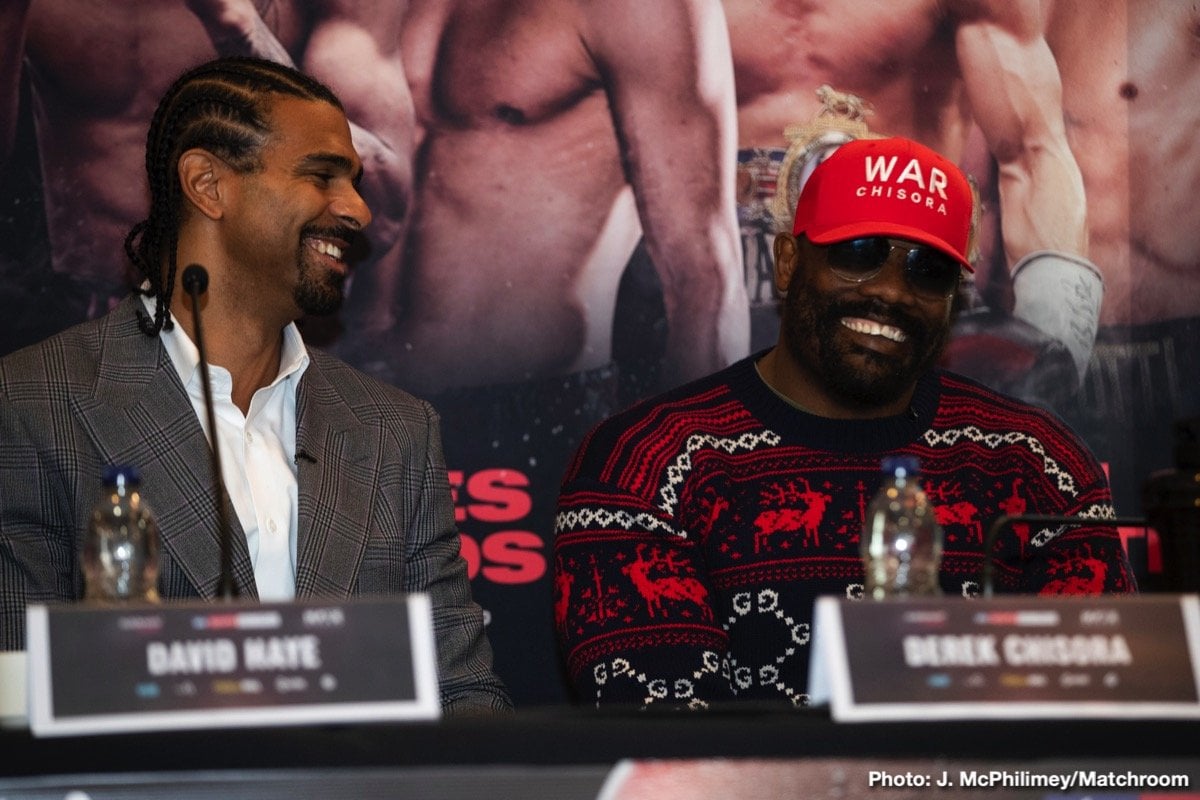 He may or may not fight on the October 26th show set for The O2 in London, to go out on Sky Sports Box-Office, but heavyweight warrior Dereck Chisora sure fired some serious shots at today’s official press conference to hype his fight with Joseph Parker, along with the WBSS final between unbeaten talent Regis Prograis and Josh Taylor.

Chisora, never a man afraid to speak him mind – and then some – asked, whilst sat on the head table, when his fight was changed to being the chief support to the Taylor-Prograis 140 pound showdown. Clearly unhappy and insisting he was serious, serious, serious, Chisora said that if he is no longer the main event, he wants more money or else he’s out. As in he won’t be fighting Parker, or anyone else (aside, perhaps, fromEddie Hearn’s lawyers) next month.

The presser was far too full of foul language to be able to print here, but Chisora, while funny at times, sure did make things uncomfortable for Hearn and for Kalle Sauerland; a man “War” Chisora actually told to “f**k off,” as he tried to talk about the Prograis-Taylor fight and The Muhammad Ali Trophy the two 140 pounders will be fighting for next month.

Chisora, according to what he had to say today, was led to believe his fight with Parker would be the main event, and he feels used that he and the army of London fans he will bring to The O2 next month will be doing so to add interest to the Taylor-Prograis fight.

“This is b*****s, and I’m not brining my fans to the O2 to support these guys,” Chisora said. “If I’m not the main event, I want more money. Or else take me off the show. No-one cares about these guys (at this point, Prograis told Chisora how he and Taylor are “one and two” (in the 140 pound division). “I don’t give a s**t.” Del Boy fired back.

Hearn and Sauerland did their best to make it all smiles (although Sky head of boxing Adam Smith wasn’t smiling today), but Chisora certainly seemd firm: make him main event or pay him substantially more dough.

Who knows what Chisora is contractually bound to, but as angry as he seemd to be today, do not be shocked if the Parker fight fails to take place as scheduled.

Leave it to Chisora to lighten up a dull presser!