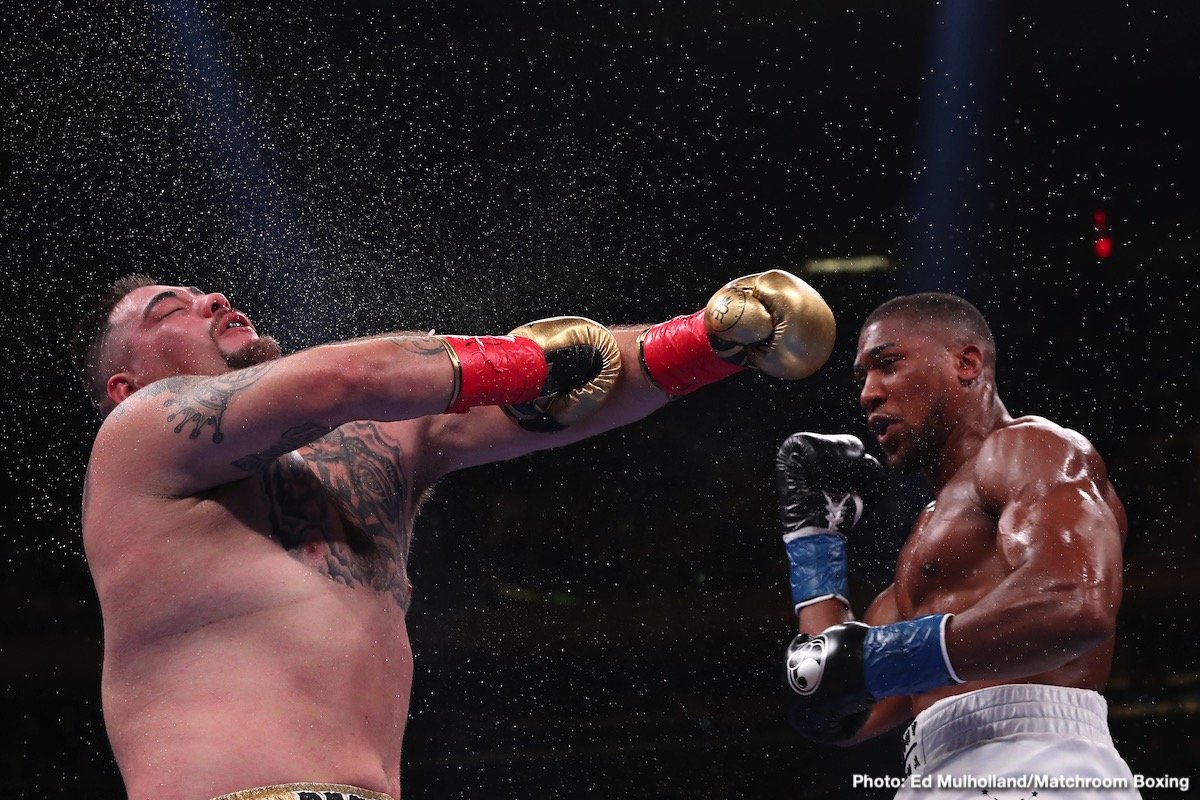 There are two big and massively interesting heavyweight rematch fights that are soon to be upon us: Deontay Wilder-Luis Ortiz II, and Andy Ruiz-Anthony Joshua II. And two men are currently hungry, determined and looking at getting revenge, putting right the wrong they suffered by KO, by humbling stoppage.

Ortiz was eventually stopped by Wilder in March of last year, after a great fight that saw Ortiz hurt Wilder more than once. While Joshua, in a bigger, more celebrated fight, decked Ruiz only to be stopped himself, back in June of this year. It was of course a big upset when Ruiz defeated Joshua, although a good deal of people did have Ortiz down as a winner over the “untested” Wilder.

So now that both Ortiz and Joshua have a chance at revenge this year: Ortiz in his Wilder rematch in November, and AJ in his December return with Ruiz, who has the better shot at getting revenge? Remember, Ortiz is seen and respected as a genuine dangerman, to anyone, while plenty of fans say Joshua has no chance in the return with Ruiz, that he was “exposed” in June.

Both Ortiz and Joshua had their moments in their sole losing fights; Ortiz wobbling and coming close (some say) to stopping Wilder, AJ decking Ruiz. So in no way can a revenge victory be written off for either fighter. Ortiz might be older than dirt, or older than George Foreman’s shorts (the 1970s pants), and Joshua might be viewed as a fighter who has a serious chin and stamina problem, yet both the Cuban lefty and the British orthodox puncher have one thing in comnmon: they can both whack with the best of them.

Would it stun you to your bones if Ortiz beat Wilder in November? Maybe it would, but would a Joshua win over Ortiz in December drop your jaw even further? Or how about both Ortiz and Joshua getting revenge this year? How big a stunner would that be?

Wilder had a far tougher time in subduing Ortiz than Ruiz had of taking care of Joshua, and it might prove to be the case second time around. So to answer – a Joshua revenge win would be a bigger upset than an Ortiz revenge upset. Agree or disagree?

Either way, we have two darn fine and fun world heavyweight title fight rumbles to look forward to!