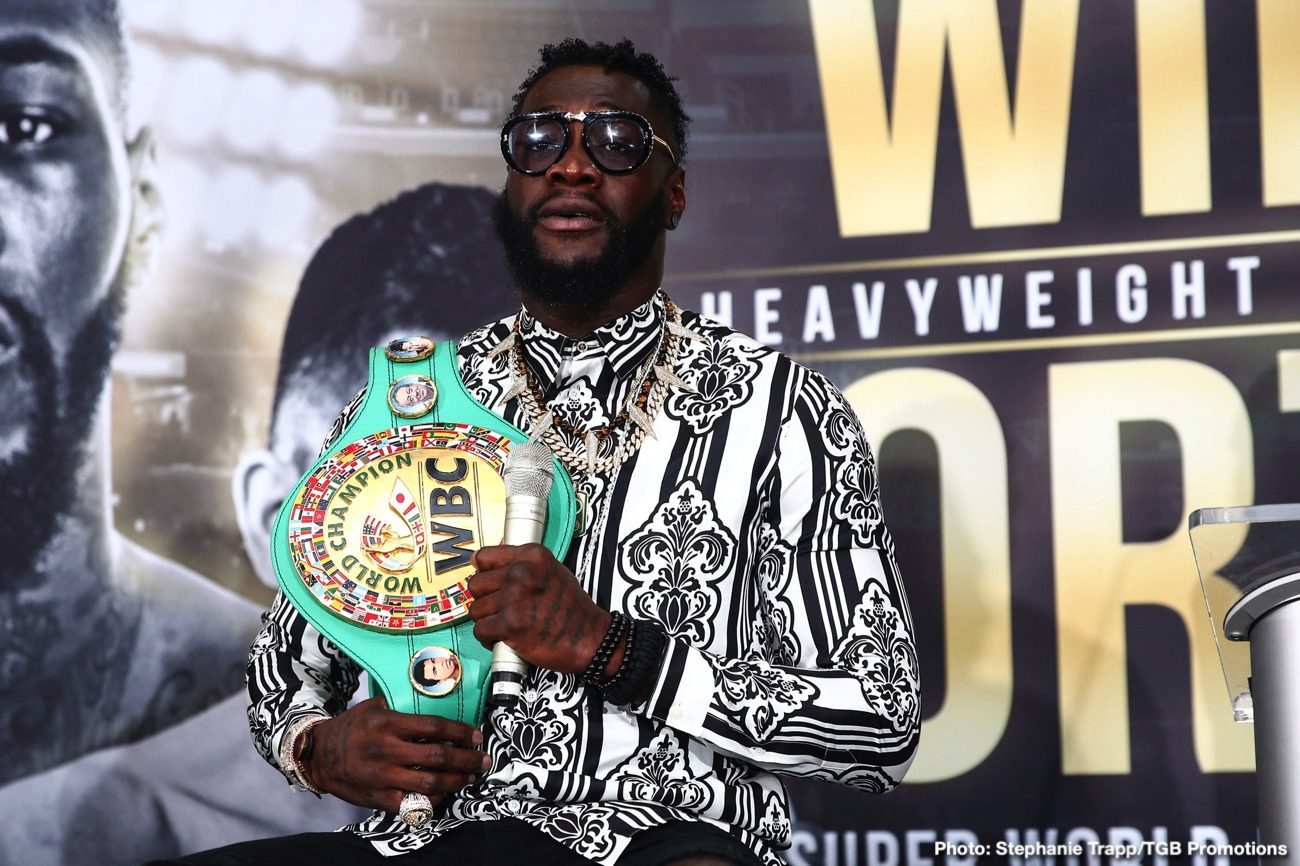 Wilder showed off his skills and discussed his highly anticipated rematch against Ortiz from New Era Boxing and Fitness in Northport, Alabama. Here is what Wilder and his co-trainer Jay Deas had to say on Tuesday evening:

“With Ortiz we know that he’s a smart fighter and a great counter puncher. He’s really good at what he does. I’m the only person in the top five who’s given him the opportunity.

“I don’t think I threw enough jabs at him in the first fight. The positioning of my feet was not as good as it could be. The movement that we have is very awkward when you have an orthodox fighter against a southpaw. I’m looking forward to making it another great fight.

“I’m planning to stress Ortiz out. I’ve never been good with predictions. My energy for this fight makes me want to say to everyone, be careful in that first round. I’m the kind of fighter where you can’t blink. You’re always on the edge of your seat and you never know what’s going to happen.

“Alabama is my home and being here just gives me peace. That’s very important to me. I have serenity here and I get a lot of love. It’s beautiful here. I love feeling the energy of the people here. And I made it here, so why go anywhere else? I need that release when things get hectic for me.

“I’m looking to beat Ortiz in even more dramatic fashion. When we fought the first time, I had a bad flu. I could have called off the fight but I want to be able to do things that other fighters shouldn’t or wouldn’t do.

“When I’m not in the ring, I look back at my past fights as a fan. I understand why these guys run from me and think twice about getting in there across from me.

“Some people think that boxers need to be one-dimensional people who just train and fight and nothing else. We’re still people who can do so many other things besides fighting. I’m a great guy. It just happens that in the ring, I can whoop you as well. There’s a transformation that happens when that bell rings.”

“It took Deontay and Luis a few rounds to get going last time, but I don’t think that will be the case in this fight. These fighters know each other, they’ve been in there together and seen what the other guy has. They know stylistically what the other brings to the table. I think it’s going to be very interesting from the opening bell.

“I think we’re going to see the best Luis Ortiz. He knows this could be his last chance at world title and that will make him bring the best that he has to offer. He’s going to make some corrections off what he did the first fight. We’re preparing for the best Ortiz and Ortiz better be prepared for the best Deontay Wilder.

“When Deontay comes out with a victory, then we’ll visit any other fights in his future. There are no other big fights, without a victory over Luis Ortiz on November 23. We’re zeroed in on Ortiz.”