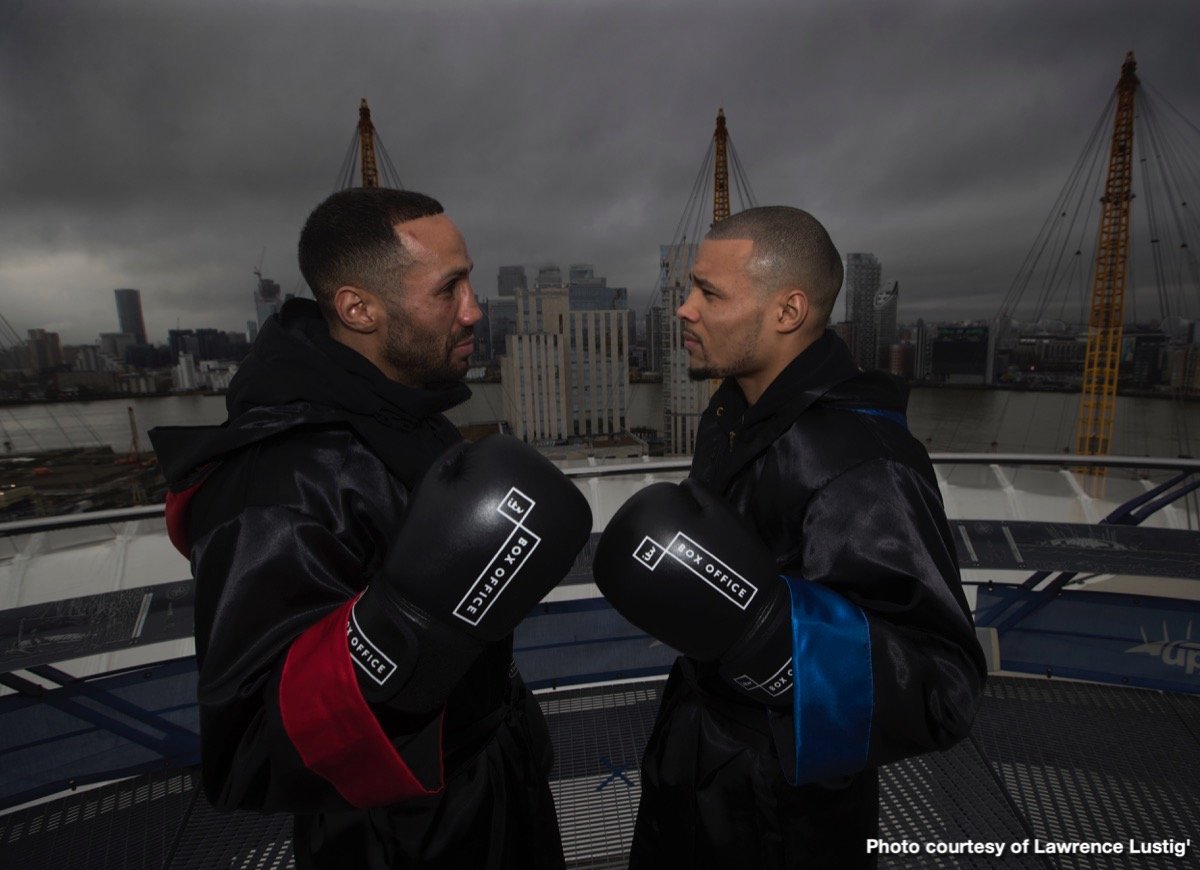 SHOWTIME Sports will present the highly anticipated super middleweight matchup between fierce British rivals James DeGale and Chris Eubank Jr. Saturday, February 23 live on SHOWTIME from London’s The O2. In the co-featured bout, fast rising prospect Joe Joyce battles former world champion Bermane Stiverne in a 12-round heavyweight clash. The event will air live on air and via the networks’ streaming service at a start time to be announced.

The SHOWTIME CHAMPIONSHIP BOXING® event is presented by Premier Boxing Champions on ITV in the U.K. and promoted by Poxon Sports. The co-feature bout is promoted in association with Ringstar Sports and Don King Productions.

DeGale (25-2-1, 15 KOs) and Eubank (27-2, 21 KOs) will finally settle their long-running score when the two outspoken rivals finally go toe-to-toe in front of the excitable hometown London crowd in the all-British affair.

The 33-year-old DeGale was the first British boxer to win a Gold Medal in the Olympics and a world championship as a professional. He won his world title with a unanimous decision over Andre Dirrell in 2015 and made two successful defenses before fighting to a draw against Badou Jack in 2017. DeGale avenged his December 2017 loss to Caleb Truax to reclaim his IBF Super Middleweight belt in April 2018 on SHOWTIME. After voluntarily vacating the belt, DeGale stopped veteran Fidel Munoz his last time out.

The 29-year-old Eubank Jr., the son of former two-division world champion Chris Eubank, is highly motivated to challenge for more world titles after he lost a unanimous decision to George Groves for the WBA Super Middleweight belt one year ago. The rivalry between DeGale and Eubank has been brewing for several years after a series of run-ins. The duo has sparred each other in the gym and have traded several verbal jabs on social media. Eubank, who has been training in Las Vegas at the Mayweather Boxing Club, has won nine out of his last ten fights and has registered knockouts in eight of those wins.

The 6-foot-6 Joyce, of London, England, has started his professional career with a 100 percent KO rate after turning professional in 2017 at the age of 32. An accomplished amateur, Joyce claimed the super heavyweight silver medal for Great Britain at the 2016 Olympic Games. Joyce, who trains in Big Bear, Calif. under renowned trainer Abel Sanchez, knocked out Joe Hanks at 2:25 of round one in his last fight on the Deontay Wilder vs. Tyson Fury undercard.

Stiverne (25-3-1, 21 KOs), who was the first ever Haiti-born boxer to own a piece of the heavyweight crown, won the WBC title with a convincing sixth-round TKO over Chris Arreola in 2014. Stiverne then lost the belt in his next fight against Deontay Wilder, despite becoming the first fighter to take the current American champion the distance. The 40-year-old has not fought since his loss in the 2017 rematch against Wilder but is anxious to bounce back with a statement win over the highly regarded Joyce.