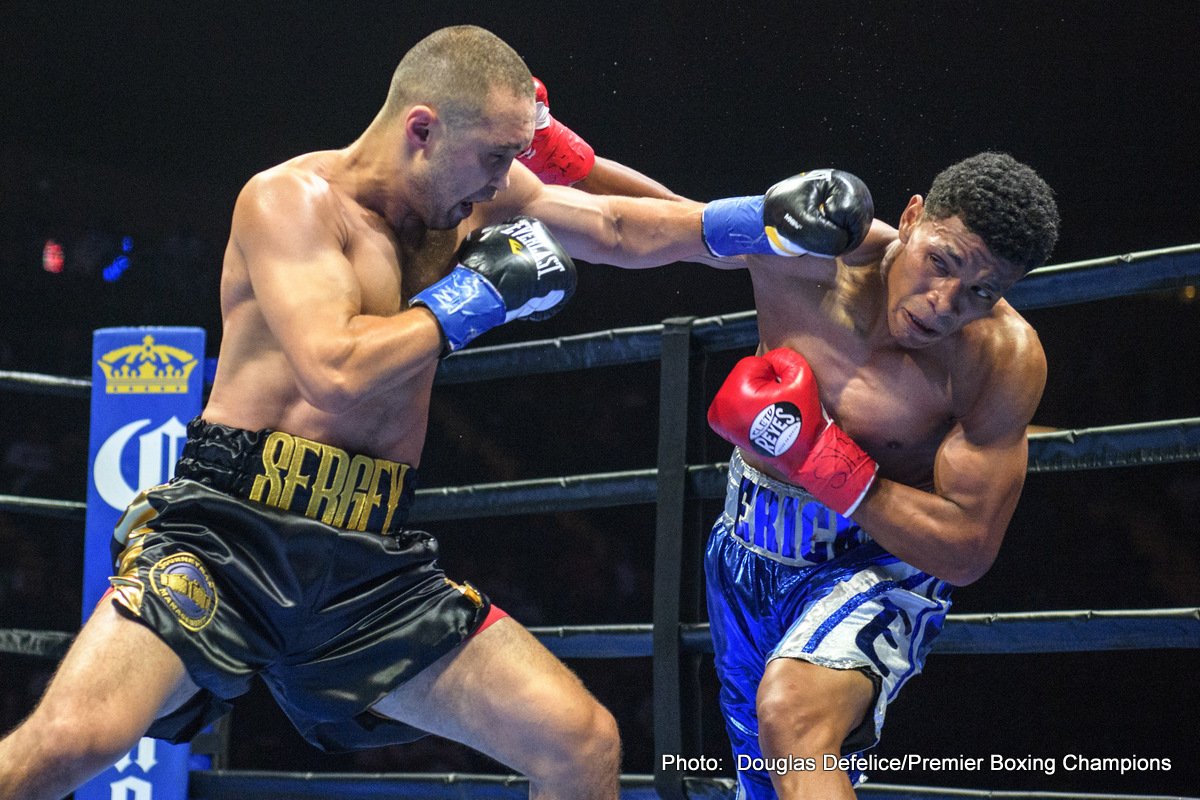 The Peterson brothers are an inspirational duo that rose from poverty and homelessness in Washington D.C. as children to become professional boxers and reach an elite level in the sport. They will be fighting as the main and co-main event in nationally televised bouts for the first time since 2006 and will look to put on a show for fans just outside of their hometown.

Tickets for the event, which is promoted by TGB Promotions and HeadBangers Promotions, are on sale now and can be purchased by visiting www.mgmnationalharbor.com/.

“Lamont Peterson vs. Sergey Lipinets is a classic 50-50 matchup that is sure to include drama, action and intrigue,” said Tom Brown, President of TGB Promotions. “Lipinets is looking to conquer a second division after winning a 140-pound title, while Peterson is out to show he’s still amongst the welterweight elite. Peterson will be joined by his brother, Anthony Peterson, for a true homecoming event featuring two of Washington D.C.’s most popular fighters. Anthony will have a tall task in former champion Argenis Mendez, and it should all equal to a great night at MGM National Harbor and on FS1 and FOX Deportes.”

Lamont Peterson (35-4-1, 17 KOs) has battled some of the top names in the sport at 140 and 147-pounds in climbing through the ranks and winning titles in both divisions while facing the likes of Victor Ortiz, Timothy Bradley, Jr., Amir Khan, Kendall Holt, Lucas Matthysse, Danny Garcia and Errol Spence, Jr. The 35-year-old from Washington D.C. won the IBF and WBA 140-pound titles with a split decision victory over Khan in 2011 and won the welterweight championship with a unanimous decision over David Avanesyan in 2017. Peterson is looking to rebound from a loss to Spence in a welterweight title fight last January.

“I’m happy to be doing what I love and that is fighting,” said Lamont Peterson. “I’m really excited about having the chance to fight at home once again and also on FS1 and FOX Deportes for the first time. I plan on giving fans on TV and in the arena the show they came to see.”

Lipinets (14-1, 10 KOs) has moved up to the welterweight division after previously becoming a world champion at 140 pounds. The 29-year-old, who is from Kazakhstan, grew up in Russia and now lives in Beverly Hills, California, picked up the IBF super lightweight world title with a unanimous decision victory over Akihiro Kondo in 2017. He lost the title by decision to Mikey Garcia last March and rebounded to defeat Erick Bone in his welterweight debut.

“I’m ready for the intensity of this fight with a great champion like Lamont Peterson,” said Lipinets. “I’m very humbled and honored to be in this position. I’m pushing myself to bring my A-game, because in a fight like this, there is no room for mistakes. I promise that I’m going to give a great performance and leave my fans happy.”

The 33-year-old Anthony Peterson (37-1, 24 KOs) is the younger brother of Lamont Peterson and has won seven straight fights since losing by disqualification to Brandon Rios in 2010. Five of his last eight wins have come inside the distance and he will look to put himself into title contention facing his toughest competition in years on March 24.

“This fight means a lot coming off a layoff because I want to make a clear statement that I am a world class legitimate fighter and that I deserve a shot at a title in 2019,” said Anthony Peterson. “It’s even more important for me to show up and show out as I will be fighting at home in front of my family and friends. I have to bring it and make the absolute most of this.”

Mendez (25-5-1, 12 KOs) won the IBF super featherweight title with a knockout victory over Juan Carlos Salgado in 2013. He has put together two straight victories since losing back-to-back fights to Luke Campbell and Robert Easter Jr. at lightweight in 2016. The 32-year-old, who is from San Juan de la Maguana, Dominican Republic and now lives in Brooklyn, N.Y., scored a unanimous decision over Eddie Ramirez in his last fight in May after defeating Ivan Redkach the previous year.

“I’m excited for this challenge against Anthony Peterson so that I can prove that I am still at a world championship level,” said Mendez. “I know that he’s fighting at home, but when he’s in the ring, no one can help him. I want to show off all of the skills that have gotten me here and leave an impression on everyone watching that I’m a threat to anybody they put in there against me.”