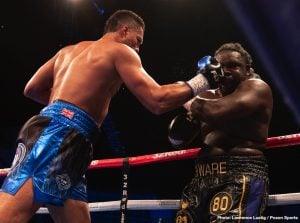 Some fights are destined never to happen. It looks like we can add Trevor Bryan vs. Manuel Charr to the list. As fans who cared about this fight know, it was one that would have contested some sort of version of the WBA heavyweight title, with both Bryan and Charr laying claim to this secondary version of the strap, and it was scheduled to take place at The Hard Rock in Hollywood, Florida this Friday night.… read full article “Trevor Bryan – Manuel Charr Not Happening On Friday – Bryan – Bermane Stiverne Instead?”

A Manuel Charr comeback? A Bermane Stiverne comeback? A Don King comeback? Up on BoxRec is a three-fight card set for The Hard Rock in Hollywood, Florida on January 29th. Top of the bill is a heavyweight title fight between Manuel Charr and Trevor Bryan, for a version of the WBA belt.… read full article “Don King Triple-Header Set For Jan. 29? Bryan-Charr, Stiverne-Lovejoy, Shumenov-Murphy” 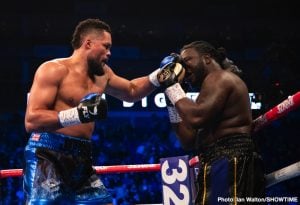 After an exciting first round, Joyce opened up the action in the second with a monstrous straight right and unloaded from bell to bell against a defenseless Stiverne, who continued to punch back despite eating damaging shots.… read full article “PHOTOS: Joe Joyce Knocks Out Bermane Stiverne” 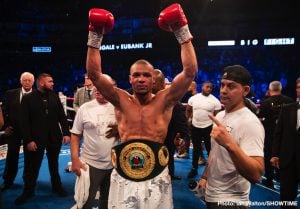 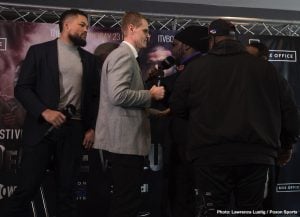 Undefeated British Heavyweight sensation Joe Joyce came face-to-face with Bermane Stiverne ahead of their Commonwealth Title clash today, but it erupted between the Former World Champion and the British fighter’s manager.

Joyce defends his Commonwealth title against the Canadian puncher in the chief-support to James DeGale’s mouthwatering showdown with Chris Eubank Jr.… read full article “Stiverne, Joyce battle it out on Saturday on SHOWTIME and ITV Box Office” 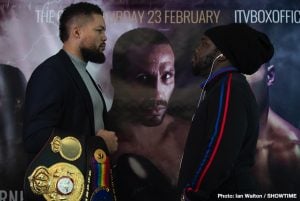 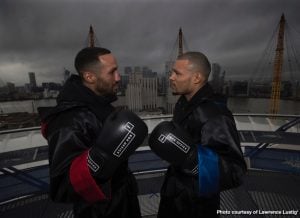 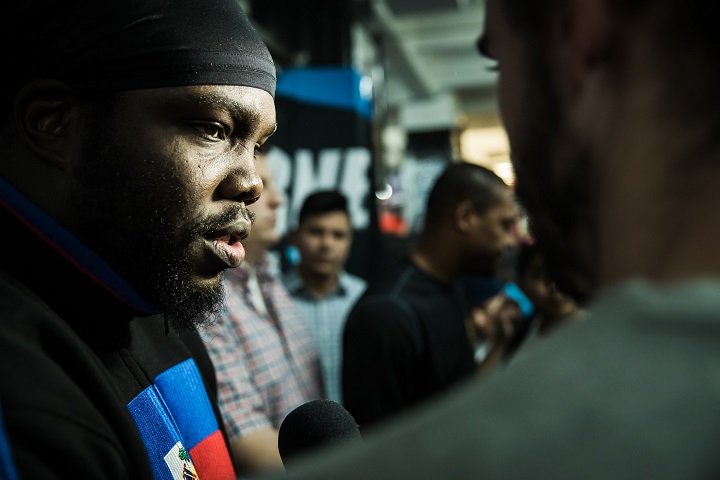 Poxon Sports and PBC are delighted to announce that heavyweight sensation Joe Joyce will defend his Commonwealth title in the biggest test of his unbeaten career when he takes a gigantic leap up to confront the Former WBC World Champion Bermane Stiverne on Saturday 23rd February at The O2, exclusively live on ITV Box Office.… read full article “Joe Joyce vs Bermane Stiverne on DeGale – Eubank Jr undercard”

Unbeaten British heavyweight Joe Joyce, who is still just 7-0 (7) as a pro but has plenty of people excited about his future, will appear on the under-card of the James DeGale/Chris Eubank Junior grudge-match set for London on February 23rd – and a number of sources have former WBC heavyweight champ Bermane Stiverne saying he will be in the opposite corner.… read full article “Joe Joyce To Fight On DeGale-Eubank Card, Bermane Stiverne Says He’ll Be In The Opposite Corner”