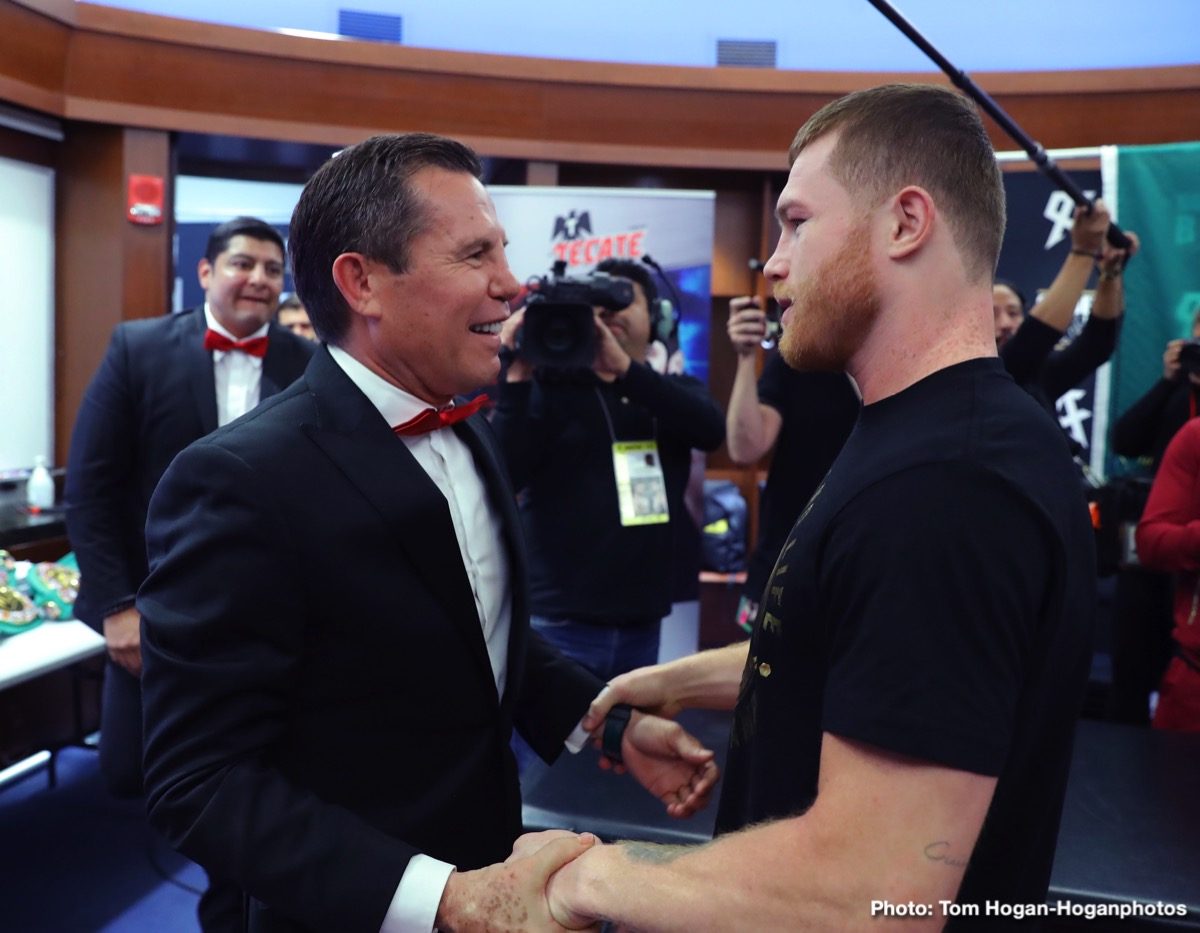 There really is no debate about it: Canelo Alvarez is THE biggest star in all of boxing today. No heavyweight star can touch his star power, certainly no lower-weight star is up to the task. But as big as the peaking 28 year old is right now, 2019 promises to be a monster year for the middleweight champ who has just added a super-middleweight trinket to his collection of belts.

Oscar De La Hoya has told Dan Rafel of ESPN.com about his huge hopes for next year. First up, Canelo will fight TBA at The T-Mobile Arena in Las Vegas on May 4, this of course being Cinco de Mayo weekend. Then, ideally, De La Hoya says, his superstar fighter will headline a massive show at the cavernous Azteca Stadium in Mexico City in September on Mexican Independence Day. Obviously a quality dance partner will be required for each bout- ideally Gennady Golovkin on one of the two dates; the second one being the most realistic, and imagine a Canelo-GGG III at The Azteca! – but Canelo is now big enough to fight just about anybody and the fans will show up in their tens of thousands.

The great Julio Cesar Chavez filled The Azteca Stadium with a record-setting 132,274 passionate fans cramming into the arena for J.C Superstar’s 1993 fight with Greg Haugen (the supporting cast of superb fighters aided the ticket sales) and now it will be most interesting to see if Canelo can match the selling power of the man who tops every list of The Greatest Ever Mexican Fighters. Can Canelo pull in over 130,000 paying fans? Would a Canelo-Golovkin III do the job?

Providing De La Hoya is able to secure the stadium for that evening in September that he is aiming for, we will find out. And that’s just the live gate: imagine how many DAZN viewers would tune in to see Mexican boxing history very possibly made. The sky, it seems, really is the limit for Canelo Alvarez.