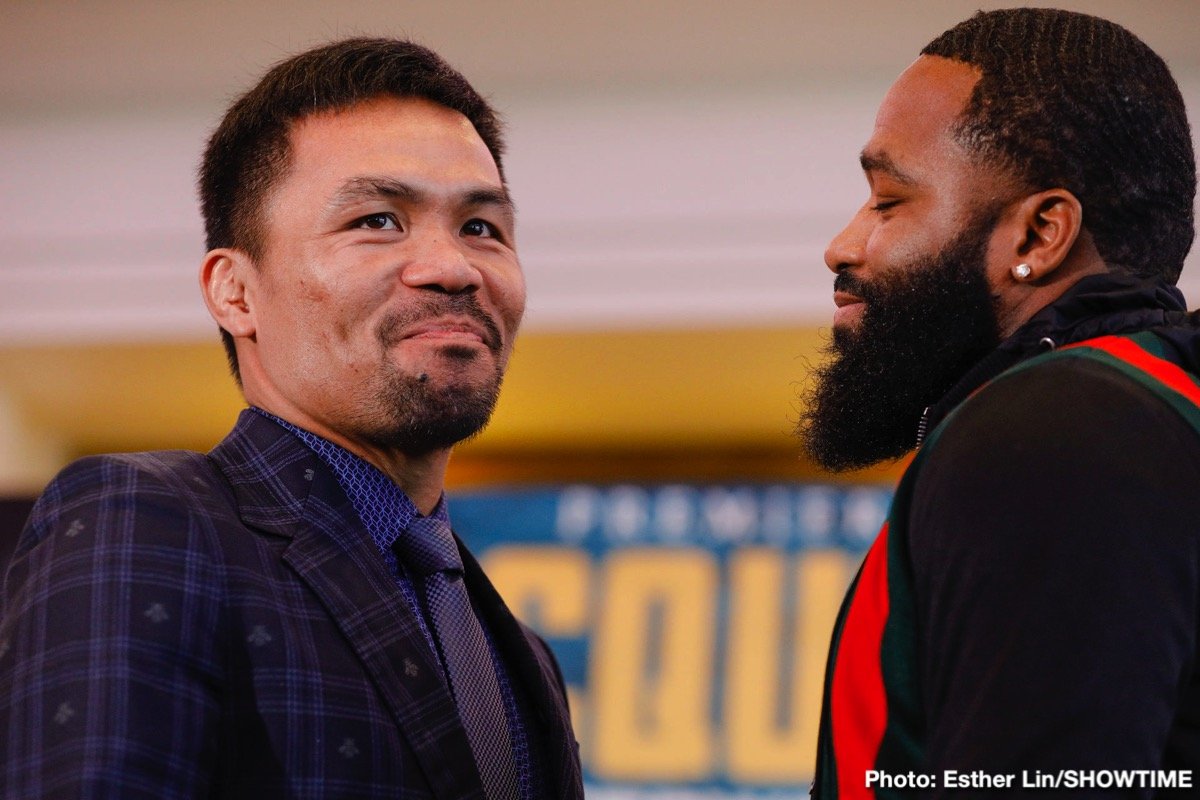 The great, as in all-time great, Manny Pacquiao turns the milestone age of 40 today. His place in boxing history as secure as can be, Pacquiao is aiming for yet more glory, yet more big achievements before he finally hangs up the gloves (a side story to Manny’s ongoing fighting career is his notoriously generous nature, his ever-giving hand seeing to it that he goes through stunning amounts of money each and every day and therefore cannot quit due to a constant need for funds).

The question now being asked is, can Pacquiao join boxing immortals such as George Foreman, Bernard Hopkins, Archie Moore and other legendary ’40-something’ world champions and carry on beating the best at this, an advanced age? As fans know, Pac-Man will next face the far younger Adrien Broner and, should he win the January fight, Manny could then fight another veteran in the soon-to-be 42 year old Floyd Mayweather, in a highly lucrative rematch of the so-called “Fight Of The Century.”

That fight would be a senior’s match-up, but if Pacquiao were to win it (or even if he lost another decision) he could then wind up facing younger opposition. Pacquiao, 60-7-2(39) holds a version of the WBA welterweight title and we have no idea how long he may carry on fighting for, but there is a chance the 40, 41 or even 42 year old Pacquiao will end up facing guys well over a decade younger than him. The aforementioned greats, Foreman, Hopkins and Moore (these perhaps being the most celebrated ’40-something’ champions of boxing) were able to take care of much younger opposition – now, can Pacquiao do the same?

For a lower-weight fighter, especially one who has had as long a career as Pacquiao has had (a pro since January of 1995), fighting on at the age of 40 is both amazing and risky. Pacquiao has always kept himself in good physical shape, with no ballooning in weight during inactive periods, and he is still fast. That said, Pacquiao is about to embark on the most perilous period of his fighting career.