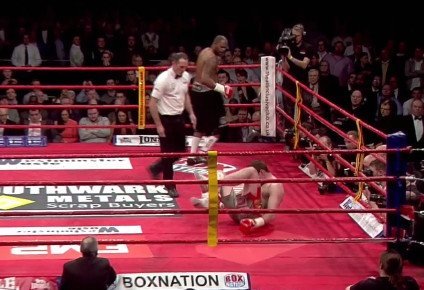 After speaking and meeting with a number of world class boxing trainers, David Price has made up his mind on who will train him from here on in. Price, the British and Commonwealth champion, recently split with Franny Smith and he will now work with Adam Booth.

Boxing News Magazine’s web site has reported this news and Price, who must come back after back-to-back losses to Tony Thompson, told B N how he feels Booth is the man to bring out his true potential.

“It’s a fresh start,” Price said. “I can leave behind what has happened but know that I’ve learnt from it. I’ve got the passion back now and am looking forward to getting on shape and putting a few things right. I asked Adam if I could have a chat and perhaps get some advice. We did a few sessions together just to see how it would work, and then he agreed to train me. I’ve got a good feeling about this move, and truly believe Adam is the man to bring out my true potential.”

Booth is most well known for working with former cruiserweight and former WBA heavyweight ruler David Haye and Price, who hopes to be back in the ring before the end of the year, added how he is looking forward to working with the quality sparring partners Booth brings in for Haye. Price says he feels Booth is the man to take him to “that next level.”