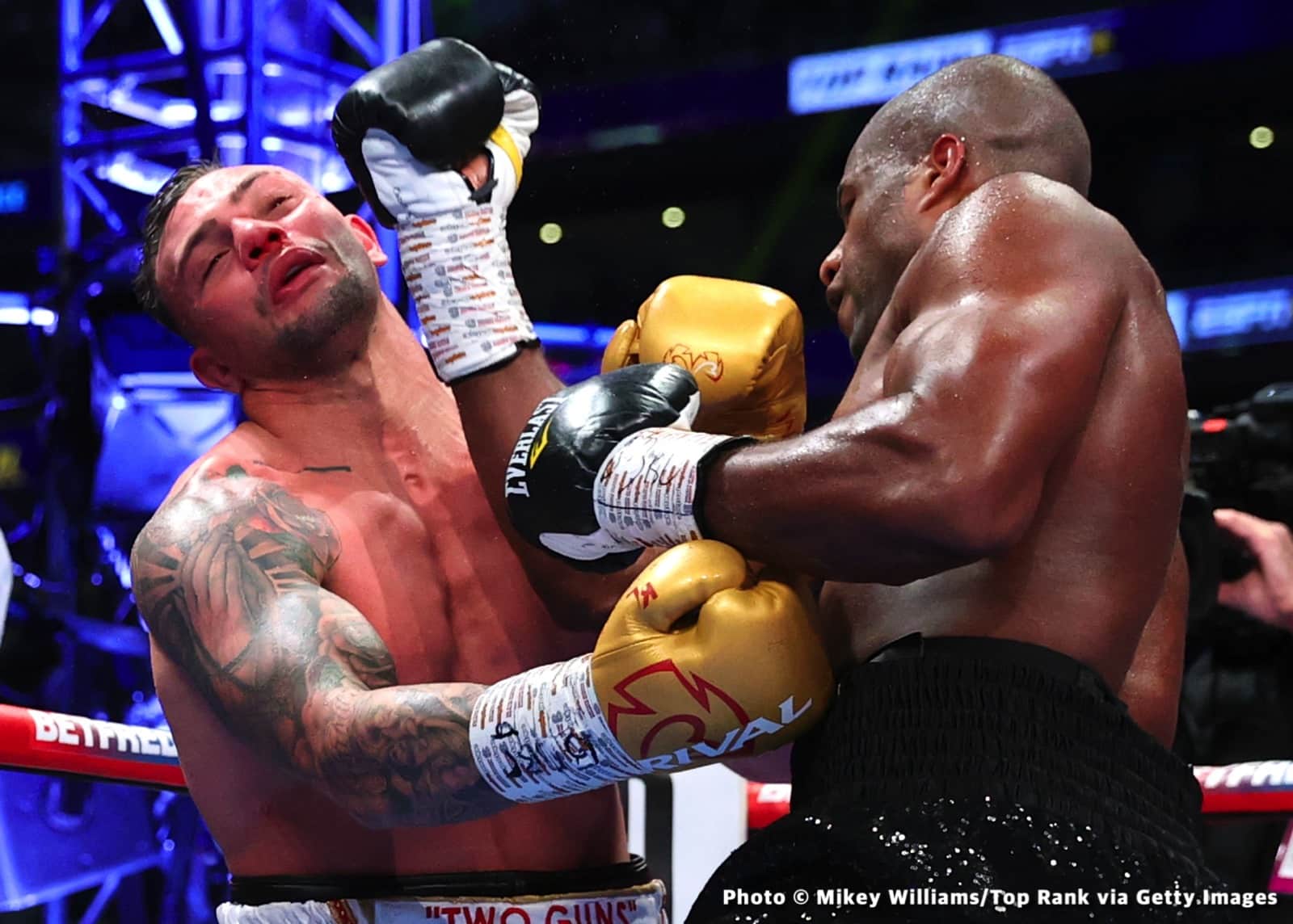 Bad news for Daniel Dubois, the holder of the WBA “regular” heavyweight strap. Barry McGuigan, father of course of Shane McGuigan, who trains Dubois, has said the fighter will need around six months of “repair time,” this due to the fact that Dubois, in his recent fight with Kevin Lerena, damaged his knee, tearing his ACL.

As fans know, Dubois went down three times in the opening round of the Lerena fight, the towering Londoner clearly having trouble with his leg. Dubois, to his credit, managed to fight on, eventually stopping Lerena in the 3rd round of what was a controversial fight (Why was the three-knockdown rule, as per the WBA rules, not adhered to? Why was Lerena so reluctant to throw punches in round two, this when Dubois was still wobbly?)

It was then reported how the extent of Dubois’ injuries would not be known until he had had extensive tests. But now, McGuigan, in speaking with Pro Boxing Fans, says Dubois will be out for a considerable amount of time.

“Well, it’s interesting. Dan has a tear on his ACL, and as soon as we got the news that he had a tear on his ACL, suddenly he was offered the fight [with Oleksandr Usyk] – which he can’t have, he can’t box for six months now anyway because of the repair time,” McGuigan said. “I don’t think it’s fair to make him fight when he’s unwell, so he’ll need a leave of absence as it were.”

25 year old Dubois, who is currently 19-1(18) was indeed recently ordered by the WBA to fight Usyk next, but this fight – one that many felt was way too soon for Dubois in any case – will not be happening until the second half of next year, if it happens at all. Who knows what Usyk will have done by then, who he will have fought (Tyson Fury, we hope) and which of the three belts he currently holds he will still have in his possession?

But Dubois’ injury, and it healing, is of course the priority in his camp right now. It was a nasty tear Dubois suffered, in what was a pretty bizarre fight all the way. Dubois is an exciting fighter, however, and we wish him a speedy recovery. Whatever you have to say about “DDD,” it cannot be denied that he is always worth tuning in for.