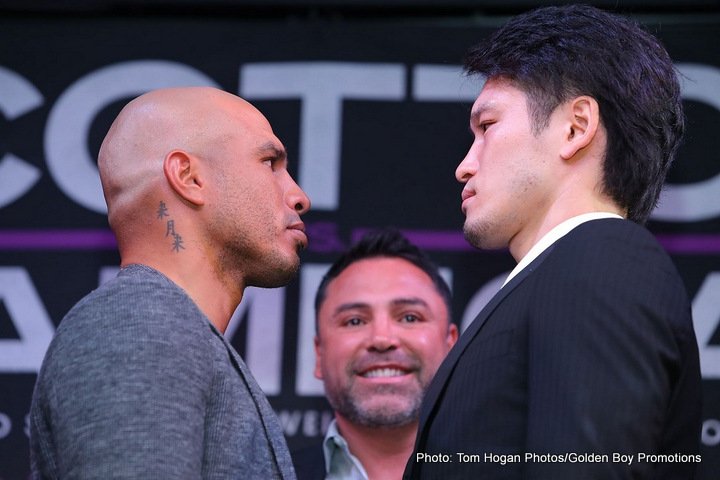 Summer sizzles when WORLD CHAMPIONSHIP BOXING: MIGUEL COTTO VS. YOSHIHIRO KAMEGAI AND REY VARGAS VS RONNY RIOS is seen SATURDAY, AUG. 26 at 9:45 p.m. (live ET/tape-delayed PT) from StubHub Center in Carson, Cal., exclusively on HBO. The HBO Sports team will call the action, which will be available in HDTV, closed-captioned for the hearing-impaired and presented in Spanish on HBO Latino.

The doubleheader will also be available on HBO NOW, HBO GO, HBO On Demand and affiliate portals.

The main event features boxing legend and future Hall of Famer Miguel Cotto (40-5, 33 KOs) of Caguas, Puerto Rico taking on Tokyo’s Yoshihiro Kamegai (27-3-2, 24 KOs) in a scheduled 12-round junior middleweight title contest. Making his 23rd appearance on HBO, Cotto has been a dominant force in the sport for more than a decade, and is seeking his sixth world title spanning four weight classes. Though he hasn’t fought since Nov. 2015, Cotto’s return opens up intriguing possibilities at 154 and 160 pounds.

Known for his brawling style, Kamegai brings high energy into the ring and boasts a 75% knockout-to-win ration. His last bout was a TKO victory over Jesus Soto Karass that followed their previous meeting, which ended in a split-decision draw when Kamegai suffered a cut over his right eye in the second round from an accidental head butt.

The opening bout features undefeated Rey Vargas (29-0, 22 KOs), from Otumba, México, taking on top contender Ronny Rios (28-1, 13 KOs) from Santa Ana, Cal. in a scheduled 12-round super bantamweight title contest. Defending his title for the first time since defeating Gavin McDonnell, Vargas will be fighting in the U.S. for the third time, and fighting outside Mexico for the fourth time. Making his first world title challenge, Rios is on a five-bout win streak following his only professional loss.

The doubleheader will be followed by the debut of the two-part behind-the-scenes series “24/7 Canelo/Golovkin,” which previews the Sept. 16 middleweight championship pay-per-view bout in Las Vegas.

It was also announced at today’s press conference that Cotto will return to Golden Boy Promotions for a multi-fight deal starting with his battle against Kamegai on August 26. In addition, Oscar De La Hoya and Golden Boy Promotions will partner with Cotto and Miguel Cotto Promotions on developing prospects, advancing boxing in Cotto’s Puerto Rico homeland and promoting the boxing legend’s upcoming fights.

Below is what the fighters and their teams had to say at today’s press conference:

“I’m very happy to be back and to be here. Our training camp starts on the first of July. Kamegai is a tough fighter, and he is coming with the victory on his mind. I’m going to do the best I can for this fight and fight with my heart as always. See you all on August 26.”

“For me to fight someone I’ve been a fan of since I was 20 years old is an honor. I look forward to fighting him, and I’m out here to win this fight. I don’t speak English well, but I do speak boxing and I plan to put on a very entertaining fight. Please watch this fight on HBO on August 26.

“When I first heard that this fight had been made and that I would face Cotto, I thought to myself, ‘YES!'”

“We are happy to be partnering with Cotto and Kamegai for this event, but I do want to announce that our efforts to bring boxing back in a big way to Puerto Rico is one that will become a reality in the near future. I am happy to announce that with Miguel Cotto Promotions and Golden Boy Promotions, we will take our ESPN series to the island and bring back the excitement of boxing. Obviously, we couldn’t do it without Cotto’s help and his wonderful team. We are excited to take boxing back with ESPN internationally. As you’ve seen, our Golden Boy Boxing on ESPN series has had amazing fights and incredible ratings-we are giving the fans what they deserve.

“As one of the most entertaining junior middleweight contenders in the division today, Kamegai has been involved in some of the most memorable battles against former titleholder Roberto “The Ghost” Guerrero and back-to-back brawls with Jesus “Renuente” Soto Karass. This is a fighter that never ever backs down, and we expect him to give Cotto an excellent fight on August 26. If you’ve never seen him fight, he fights with heart and passion, has dynamite in his fists, and never takes a step back.”

“We are preparing very hard for this fight, and there is no doubt we will return to Puerto Rico in August with Miguel Cotto as a world champion.”

“We can be assured there will be many hours of great boxing on August 26. When we host fights at StubHub Center, our HBO subscribers are always happy.

“Miguel Cotto is headed to the Hall of Fame because he has always fought as a prize fighter. He has fought on HBO 22 times, and he has fought all the boxing greats-that’s why the fans are always so happy when he fights and why we are proud to have him in the HBO family. Kamegai is a warrior who is finally being given his chance for a world championship. We are very excited that this HBO World Championship Boxing® event kicks off fall boxing.” 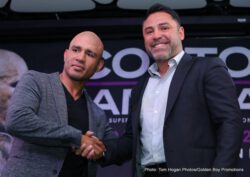 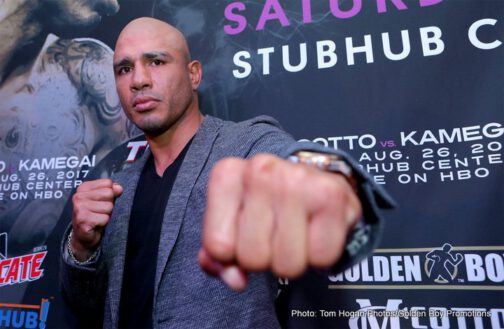 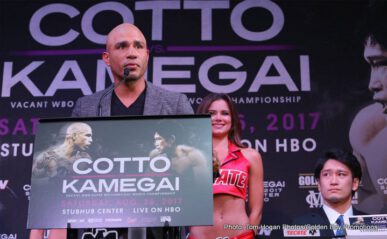 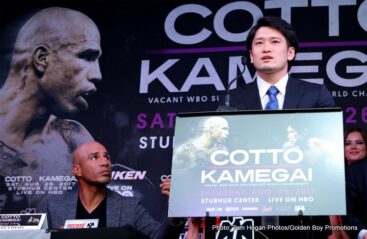 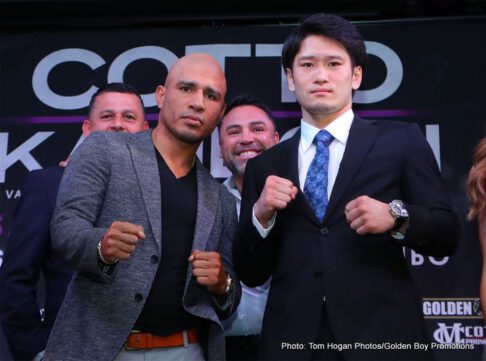 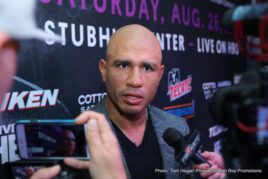 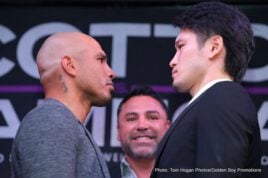 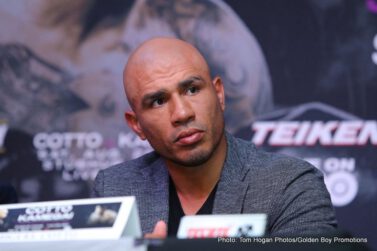 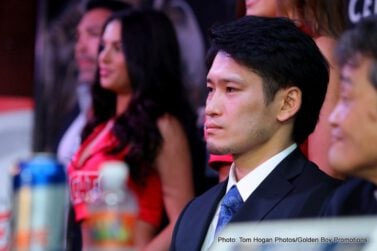 “At StubHub Center, we always enjoy hosting great boxing fights. We are looking forward to an incredible event between Miguel Cotto and Kamegai on August 26 at the StubHub Center.”

Cotto vs. Kamegai, a 12-round fight for the vacant WBO World Junior Middleweight Championship, is presented by Golden Boy Promotions and Miguel Cotto Promotions in association with Teiken Promotions and sponsored by Tecate “BORN BOLD”. The event will take place Saturday, August 26 at the StubHub Center in Carson, Calif. and will