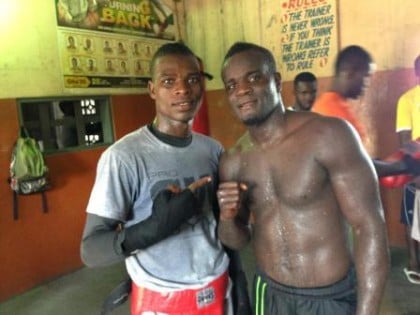 “I’ve been training very hard, 6 times a week, morning and afternoon which is not easy. I’ve also been sparring with Joshua Clottey former world champion of course and Obodai Sai who was also Commonwealth champion,” Commey told the Ghanaian newspaper, Boxing in Ghana.

Young Commey is also not fazed with facing Truscott who previously beat countryman Osumanu Akaba to win the Commonwealth Junior Lightweight belt in 2009.

“I’ve watched his clips a couple of times and he is not a cheap guy. But all I have to do is listen to is listen to the my coach and stick to his plan. I do never have the mindset that I’m going for a knockout. I just go in with my usual 120% determination but this is a victory fight for me, there’s no way I’m losing,” Commey said.