In the process of beating Sturm, Chudinov, 27, won the vacant WBA super middleweight title that was stripped from Carl Froch last Thursday.

The fight was fairly close with both guys landing a lot of shots. Where Sturm went wrong was getting tired in the second half of the fight, and not being able to muster of the same kind of power that Chudinov was throwing with. Sturm was throwing too many jabs and not enough power punches, and that made it difficult to give him many rounds in the last six rounds of the fight.

Chudinov was loading up everything he threw in the fight, and connecting to the sides of Sturm’s heads. Interestingly enough, it was Sturm who was backing Chudinov up for most of the fight until the 10th. At that point, Chudinov seemed to sense that Sturm was tired and he was able to take the fight to him and convincingly win the last quarter of the fight in the championship rounds.

Compared to some of his recent fights against Sam Soliman and Robert Stieglitz, Sturm didn’t look that bad tonight. He just didn’t have the stamina to win the late rounds that he needed to win in order to get the victory. Sturm looked like he trained to fight an 8 round fight rather than a 12 round fight. 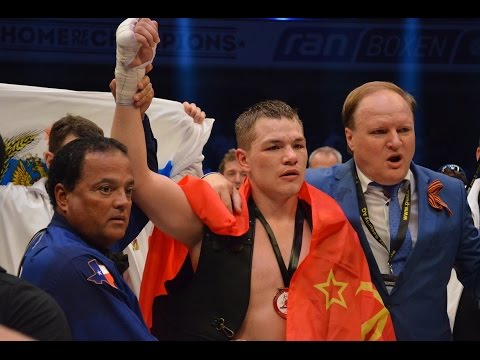 The loss for Sturm puts his career on shaky ground. He’s lost 2 out of the last 3 fights in his career with one of the fights being a 12 round draw against Robert Stieglitz. Sturm hasn’t won a fight in two years since beating Darren Barker in 2013. Sturm would likely struggle if he fought the other super middleweight champions, and at this point in his career he arguably doesn’t deserve a world title shot.

Chudinov’s win ruins a potential Sturm vs. Arthur Abraham unification fight that was being talked about in Germany. Instead of Sturm getting that fight, it will be an option for Chudinov if he wants to fight Abraham. It might not be worth it for Chudinov though because it’s a fight that doesn’t carry the same weight as a Sturm-Abraham fight would have. 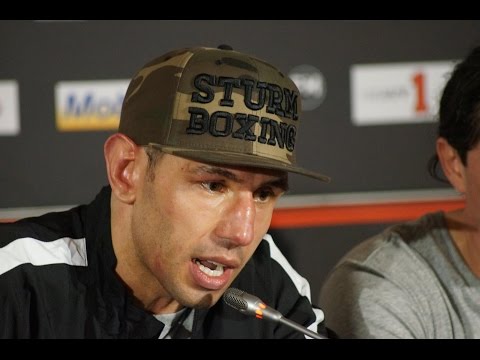