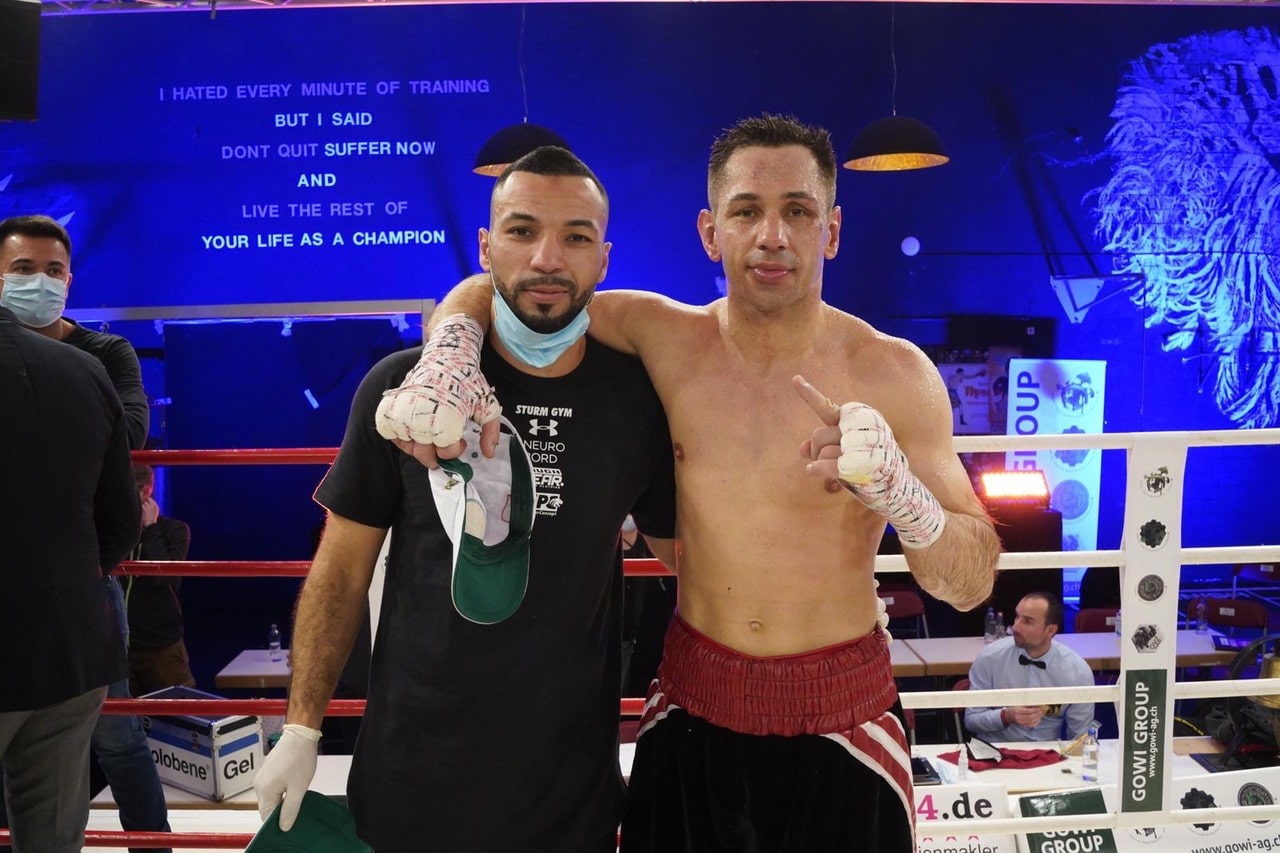 Sturm fought well behind his jab and was in control the entire way from start to finish against the little-known German Kraft. What was interesting was the way Sturm unloading with lead right hands throughout the contest.

Sturm’s jab was as powerful as it was during the prime of his career when he fought Oscar De La Hoya in 2004 and lost a highly controversial 12 round unanimous decision.

Kraft was eating Sturm’s powerful jabs all night, and surprisingly he didn’t suffer a cut.

Given that he was fighting an overmatched domestic level fighter, Sturm took more chances than he otherwise would have been fighting a quality fighter ranked in the top 15 at 175.

He was literally jabbing The 24-year-old Krafts head off all night and blasting away at him with nice uppercuts and hooks in close.

I don’t know what the judges were watching to give Kraft rounds because he was pretty much little more than a punching bag tonight, and there nothing in his performance to suggest that he deserved even one round.

Sturm looked in excellent shape for his age, and his performance was as good as many of the current top 15 professionals.

With this victory, Sturm will face 25-year-old former WBA super middleweight champion Vincent Feigenbutz next. You can’t rule out a win for Sturm in that fight.

Feigenbutz is as basic as they come, and this is a guy that is there to be tattooed all night by his laser-like jab and right hands.

Vincent Feigenbutz (33-3, 29 KOs) defeated Nuhu Lawal (27-9, 15 KOs) by a ninth-round knockout. The heavy-handed Feigenbutz knocked Lawal down in the fifth with a big shot.

Four rounds later, Feigenbutz dropped Lawal in the ninth round. The fight was then halted by Lawal’s corner, who tossed in the towel to have the contest halted. The time of the stoppage was at :58 of the ninth.

It was a good performance by Feigenbutz winning his second consecutive fight since getting stopped in the 10th round by IBF super middleweight champion Caleb Plant last year in February 2020.

Feigenbutz showed that he’d got excellent power, but his mobility is just as poor as ever. He’s a flat-footed plodder type of 168-pounder, which is why the light-hitting Plant was able to batter and stop him.

Mohamed knocked Gashi down a couple of times in the contest. But apart from that, the match was uneventful.