“This is how brain injuries occur.”

Chris Eubank Sr has made his feelings very clear: he does not want Saturday night’s catch-weigh fight between his son, Chris Eubank Jr, and Conor Benn to go ahead. The former two-weight champion said a while back that he would pull his son out, this for safety reasons, and he has not budged on his stance. Yesterday, Eubank contacted The Fight Is Right show, hosted by Spencer Fearon, and the former champ called for all concerned to “boycott” the fight. 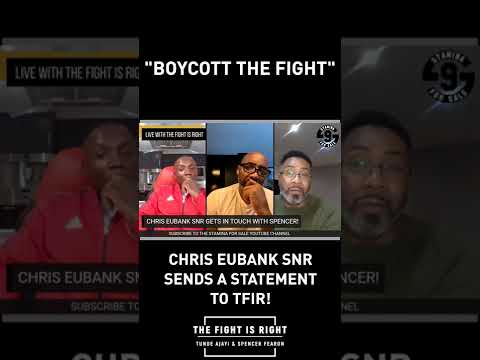 Eubank is terribly worried his son, who has fought as a super-middleweight, will be left dangerously compromised having boiled down to 157 pounds – this a weight Eubank Jr has not made since he was a teenager. Eubank Jr says he will only be “60 percent” on the night, but that this will be enough for him to deal with Benn, who naturally fights at welterweight. But Eubank Sr is adamant the risk is just not worth it (and we must not forget how Eubank suffered the grief of seeing one of his opponents seriously injured in the ring, this being Michael Watson; Eubank knows the dangers the sport carries even if Watson’s case was not down to struggling to make weight).

“Dear Spencer and The Fight Is Right. Boycott the fight,” Eubank said in his statement. “You know what three pounds below the middleweight limit at 33 years old can do. This is how brain injuries occur.”

The fight will go ahead, despite Eubank’s pleas. This is business, and Eubank Jr did agree to fight the fight at 157 pounds. Whether or not this was a smart move, we will find out on Saturday night. But above all else, no matter who wins, let’s hope both fighters come out safe. It would be truly awful if Eubank’s concerns proved to be warranted in the worst kind of way.

Eubank Jr says there is no need to worry, and hopefully there won’t be. Hopefully. The sport of boxing cannot afford a tragedy, any tragedy, there have been enough as it is. This fight, as high-profile as it is, would see the sport called for abolishment if anything bad did happen. Again, no matter the result of the fight on Saturday, let’s hope both men come out healthy.

Will YOU be watching the fight Eubank Sr has called to be boycotted? 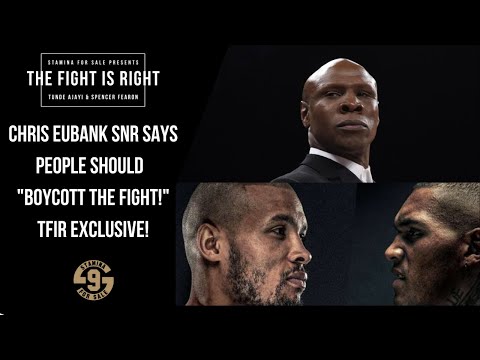