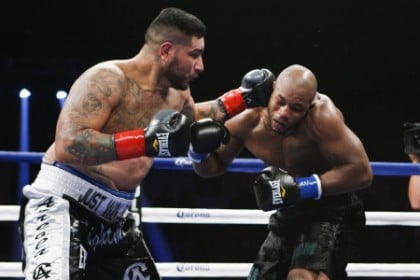 (Photo credit: Esther Lin/Showtime) The fight ended quickly and so did heavyweight Seth Mitchell’s career as a prospect. 31 year old prospects with KO defeats on their record are not a bizarre concept nowadays. Chris Arreola deserves his encouragement for winning and if this was an eliminator of sorts, the right man advanced to the next level. I am not sure this was a boxing match though and I’ll give my grounds for doubting the obvious.

The fight started with Arreola looking to land his heavy hands on what turned out to be a stiff defenseless strongman (boxer) and Chris did so without losing his cool. The new svelte version of Chris not only tidied up his vocabulary but he cleaned up his act as well. Seth Mitchell was frozen and his upper body rigid as if he was expecting a rendezvous with the freight train. He was prepared to use his superior core strength against Arreola’s right hand. No contest if you are pushing a cart, bad idea if you are in a boxing ring. A lot of reporters are blaming Mitchell’s glass jaw for his troubles, but I beg to differ. He has a solid chin, he got up from two knock downs and he was not taken out cleanly, the referee promptly halted the action. Seth’s defensive ability was the flaw, not his punch resistance threshold. Seth Mitchell lost because he does not have a boxing background, a boxing body and the skills that come with it. He is a typical late starter and boxing is unforgiving to late starters.

Athletes who turn to boxing late are usually very gifted physical specimens who have excelled in other sports. Michael Grant, Ken Norton, Jameel Mccline, Leif Larsen and others were blessed with a natural combination of strength, speed and coordination that would let them beat a top boxer at any other sport. Be it a track and field discipline, a bench pressing contest or even a street fight, they would use their natural athleticism to their advantage. They could dominate in any other sport but boxing. It’s a refuge for those who started boxing in their teens.

If an athlete turns to boxing as an adolescent, he will cultivate boxing motor skills ingrained into his muscle memory. Call it condition reflexes, automatic skills, subconscious habits, boxing becomes a second nature to such people. There is a marked difference in their defensive and survival routines when compared to late starters. When a boxer is hurt by hits to the head, he sometimes can hardly remember his own full name, let alone game plans and drills. He reverts to subconscious habits and instincts – his second nature. If he boxed in his teens, he will have a boxing second nature, if not, he is alone with his instincts. 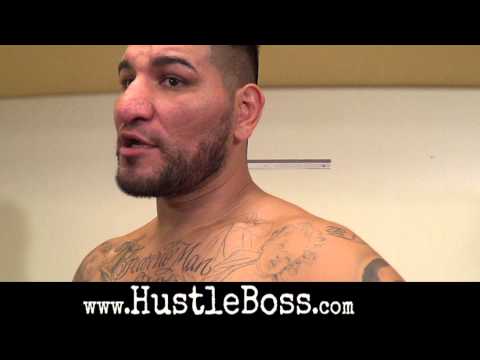 As punctuated by Seth Mitchell, a late starter who is in trouble is not a pretty site. He has no ring survival instincts such as grabbing, holding and smothering the danger. He has no defensive discipline and does not resemble a boxer anymore after he “forgets his name”.

Those are my objections to calling this fight a boxing match. Chris Arreola claims some on-and-of boxing experience in his adolescence and he backs it up a little by the way he has responded to punishment and adversity in his career. Whether Arreola shows up in a trim and soft-talking frame or in the entertaining overweight and uncensored version, he will still look the part even if he was never meant to be a champion and despite his body type. I can’t evaluate Seth Mitchell’s boxing potential because he missed the train on boxing around the age of 18. 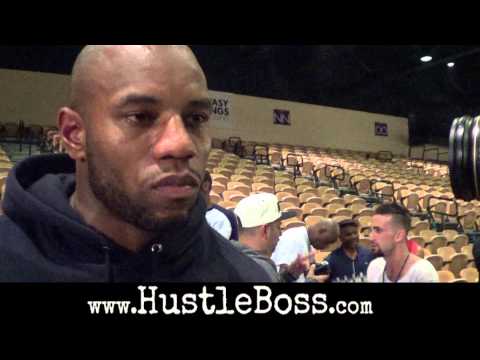