Chris Algieri says he’d heard things about Conor Benn before fighting him last December. He says there was no proof that Benn (21-0, 14 KOs) was using performance-enhancing drugs when he was knocked out in the fourth round by him.

Algieri says that until Benn tested positive for the banned substance clomifene, he could not know if he was using PEDs.

According to Algieri, the drug that Benn tested positive for isn’t something that you get from contamination or accidentally taken. He says he wants to hear Benn’s side of the story about what happened.

Thus far, Algieri notes, Benn has been quiet since the information about his positive test was leaked to the media, resulting in the postponement of his scheduled fight last Saturday night against Chris Eubank Jr. ‘

Algieri says that he expects the Eubank Jr vs. Benn fight to take place at some point still. Presumably, that would be after Benn is suspended for his positive test.

“There’s never not going to be a question. We’ll never have an answer, and people have been asking me, ‘Do you think he was on drugs when you fought him?’ I’m like, ‘I don’t know, and I’ll never know, but there will always be a question,'” “That is the absolute truth,” said Chris Algieri to DAZN Boxing Show when asked if he suspects that Conor Benn was using PEDs when he fought him.

“I will never know. I will never say he was or he wasn’t. The only time we’re ever going to know, up until now, is this fight because there’s objective data saying he failed a test. So we weren’t VADA tested when we fought, but I still can’t go out there and say, ‘Yeah, I think he was; he probably was.’ That doesn’t matter.

“I do think it does,” said Algieri when asked if he believes we’ll still see the Chris Eubank Jr vs. Conor Benn fight. “I think this is boxing, as fortunate or unfortunate as that is. Ultimately, if I was going to bet on it, I would say this fight happens at some point.

“We need to hear from their side, and they’ve been very silent so far any kind of,” said Algieri about wanting to hear what Benn says about his positive test.

“This drug, in particular, this is not a contamination drug,” said Algieri about the drug that Conor Benn tested positive for. “This isn’t like, ‘Oh, I bought a supplement over at GNC, and it was contaminated with testosterone, and that’s what I got caught with.

“No, it’s a female infertility drug. You’re not going to find that from something that you took. You took this for a very specific reason, and that’s also why this isn’t something you can argue in terms of, ‘Oh, he didn’t know.’

“He could come back and say, ‘I made a mistake. My team let me down. I didn’t know.’ It doesn’t matter. The fights still off,” said Algieri. 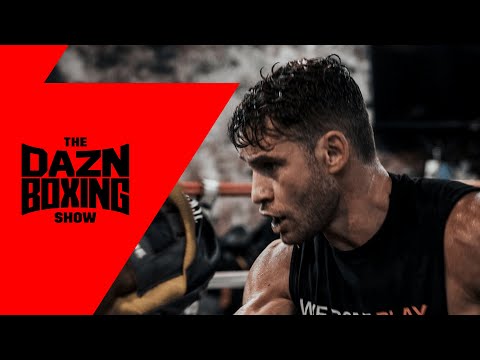