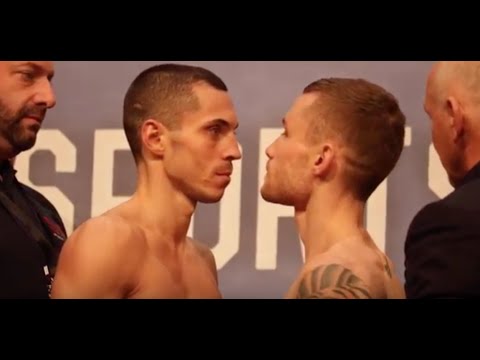 “I am better than him,” said Frampton (21-0, 14 KOs), of Belfast, Ireland, who blew a kiss to his rival before breaking away from the stare-down. “I have the power to knock him out, from the first round to the last round, and I’ve also got the boxing brain to comprehensively beat him on points.”

“I respect him as a fighter, but the best Carl Frampton can’t touch the best Scott Quigg,” said Quigg (32-0-2, 23 KOs), of Lancashire, United Kingdom.

Undefeated 122-pound world champions Carl Frampton (IBF) and Scott Quigg (WBA) had to be separated at their final press conference on Thursday in Manchester, England, as they faced-off for the long-awaited super bantamweight unification showdown this Saturday, Feb. 27 at Manchester Arena.

After jarring over who deserves the home dressing room at the sold-out, 21,000 seat Manchester Arena, the 122-pound rivals had to be separated by Hall of Famer Barry McGuigan and promoter Eddie Hearn.

“It’s going to be a great fight, one for the ages,” said Frampton, the IBF champion. “I’ll win. It doesn’t matter how, KO or clear points decision.”

Here’s what Frampton, Quigg and their trainers and promoters had to say in Manchester on Thursday: 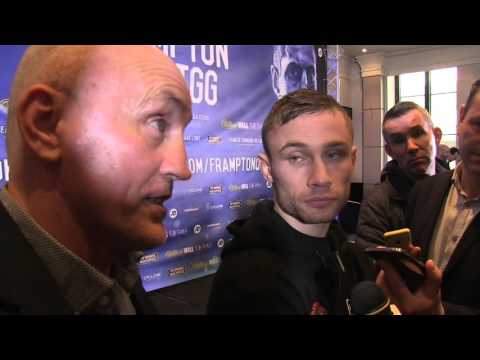 “I’m better in every department, plain and simple.

“Because of the magnitude of this fight, everything had to be perfect. I’ve done everything right this time,”

“This means so much; there is a lot at stake. It’s more than titles – it’s pride and bragging rights. It’s proving who is the best. Reputation is a big deal, so there is so much on the line.

“I’m prepared to do whatever it takes to win. I’ve punching power to KO him in any round and I’ve the boxing brain to win on points.

“I’ve spent 17 weeks in camp, the longest ever. I missed my son’s first steps and both my kids’ birthdays. I did that because this could be my toughest fight. I’m not going to let Scott Quigg make all that be for nothing.”

“It’s going to be a great fight, one for the ages. I’ll win. It doesn’t matter how, KO or clear points decision.

On the home-team dressing room:

“I’m contractually the A-side. It’s a question of principle.” 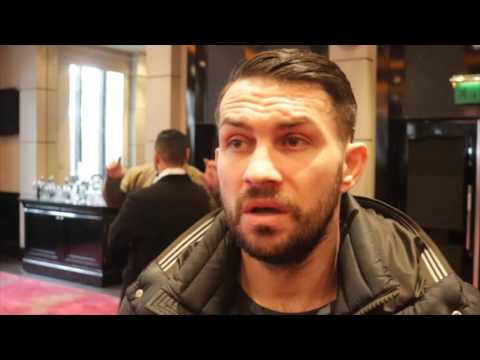 “Nobody does what I do in terms of dedication to the sport. I’ll win because of boxing brain and ability.

“It’ll mean everything to win. Since the age of 15, all I have done is eat, sleep and train.

“Saturday is my moment of destiny and, believe me, I will win this fight. I’ve put in too much for anyone to stop me.”

On the home-team dressing room:

“It’s my arena, I’m the home fighter. I want the home dressing room.” 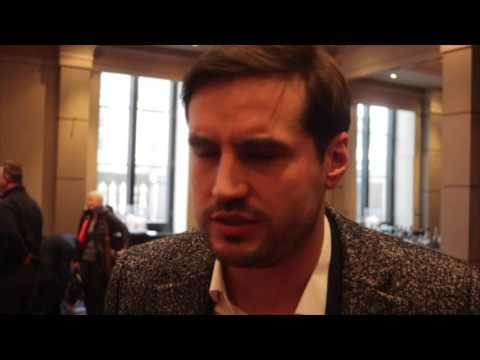 “They are two legitimate, world class fighters and there is maybe only 2 percent difference at the top level – Carl has that extra percent.

“As a trainer you are only as good as your fighters and I’m lucky to have Carl.” 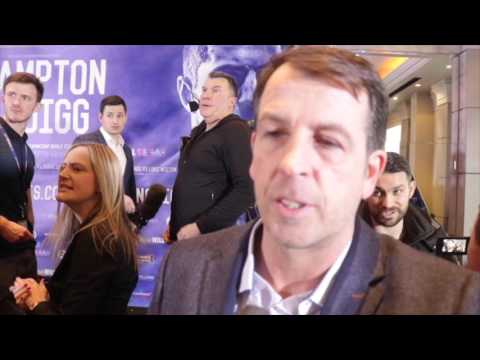 “He (Shane McGuigan) was a nutritionist a few years ago who asked to help Gerry Storey. He’s only famous because of his dad.

“They are underestimating Scott’s boxing brain and being disrespectful throughout the build-up.” 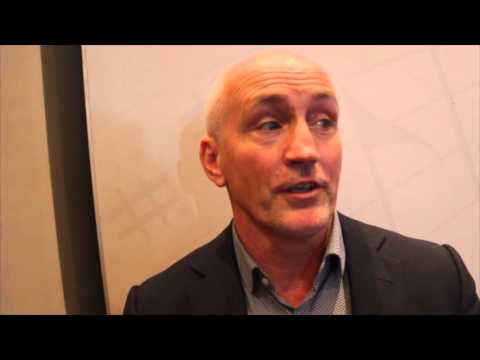 “There has never been a bigger super bantamweight fight of this magnitude in Europe. It’s got a Barrera-Morales feel to hit and is going to be a magnificent occasion.

“I think Carl will have too much for him, but it has the potential to be a great fight.”

“It’s bigger than Froch vs. Groves, because it is a global event.

“I’m proud to have made the fight happen. This can ignite the sport and keep it alive.

“The atmosphere and passion will eclipse all that has gone before. It just doesn’t get any bigger than this.

“I can’t see anything other than a great fight. With two fighters this talented, so much on the line and so much passion from teams and fans, you’re going to get something very special.” 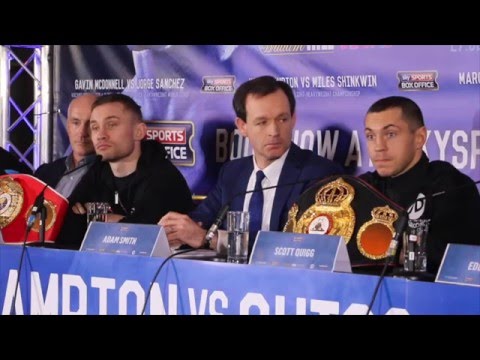