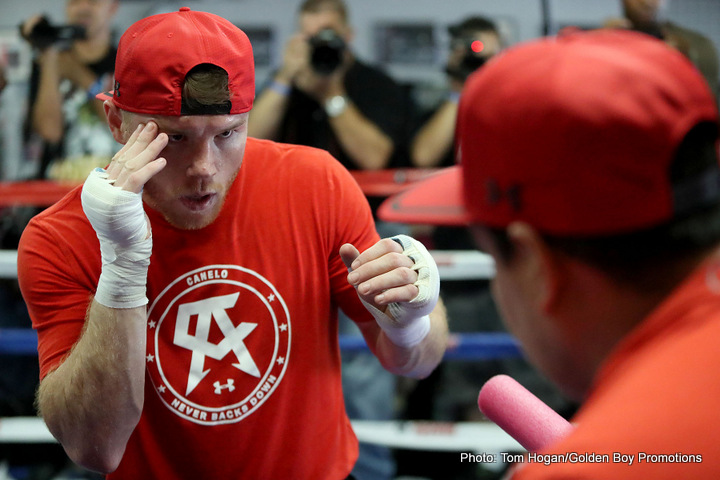 Over the last few months, it appears that the new aged golden boy has started to lose some respect from his fans especially his fans in Mexico. He went from a true Mexican warrior to opportunistic businessman, which doesn’t sit well with the hardcore fans.

This backlash could have been avoided if Canelo Alvarez didn’t make the decision last May to call out GGG to come in the ring after his obliteration of Amir Khan and stated, “ Like we say in Mexico, we don’t (expletive) around. We don’t fight for belts and stuff like that. I don’t fear anyone. We don’t come to play in this sport. I don’t fear anyone. Right now I will put the gloves on again and fight him!” Then he turns around a month later and decides that he is not a true middleweight and challenges Liam Smith for the WBO light-middleweight title.

Canelo then threw logs on the fire by giving up the WBC middleweight title. An important note: the World Boxing Council headquarters is located in Mexico City. I can’t even remember a time that a Mexican champion vacated the WBC title. Making matters worse, Canelo stated in a recent interview, “Mexico does not back their athletes.” I don’t understand his position. If he is trying to play the villain role, ok I get it. But don’t play the bad guy role against the same country and people that got you there.

Juan Manuel Marquez doesn’t understand why Canelo is posturing or dragging his heels with this fight. He stated publically about the potential showdown, “Right now it is the right moment to make this fight. It is the right time to make good business. I as the fighter would speak with my promoter and ask him to fight because the people want the fight and he will be paid well for a huge pay-per-view event. That’s what I suggest because the boss is the fighter. The promoter makes the fight and puts together the events, but the one who has the upper hand is the fighter.”

Julio Cesar Chavez Sr. weighed in on the topic on whether Canelo Alvarez really wants to fight Gennady Golovkin and this is what he had to say: “If the fighter wants to fight someone, the fight gets made, for example, when I was offered the Camacho fight, I took it. When they offered me the Haugen fight, I took it. And the Meldrick Taylor fight, and the Whitaker fight, I took them. Don King sometimes didn’t want the fights, but I told him that I wanted to fight them and the fights got made!”

Fans are starting to wonder why the wait? Golovkin is 34 years of age right now, are you waiting for him to get older before you fight him? What is going on?

I just can’t see any of the all-time great Mexican warriors of the past that he said he looked up to pull a stunt like this. Warriors like Julio Cesar Chavez Sr., Salvador Sanchez, Ricardo Lopez, Ruben Olivares, and Carlos Zarate. They fought the best because they dared to be great. If your intentions were not to fight Golovkin in the near future you shouldn’t have called him out in the ring and spewed the rhetoric that you did. Many fans are very much turned off by this. Stop blaming the people that they are the reason this fight has not happen. Canelo needs to drop this diva act and show the same bravado he did in his post fight interview last May and fight Golovkin sooner than later.

Read: Ali: Birth Of The Greatest this Friday on Spike
Read: Jamie Conlan to fight on November 5
Follow @boxingnews24