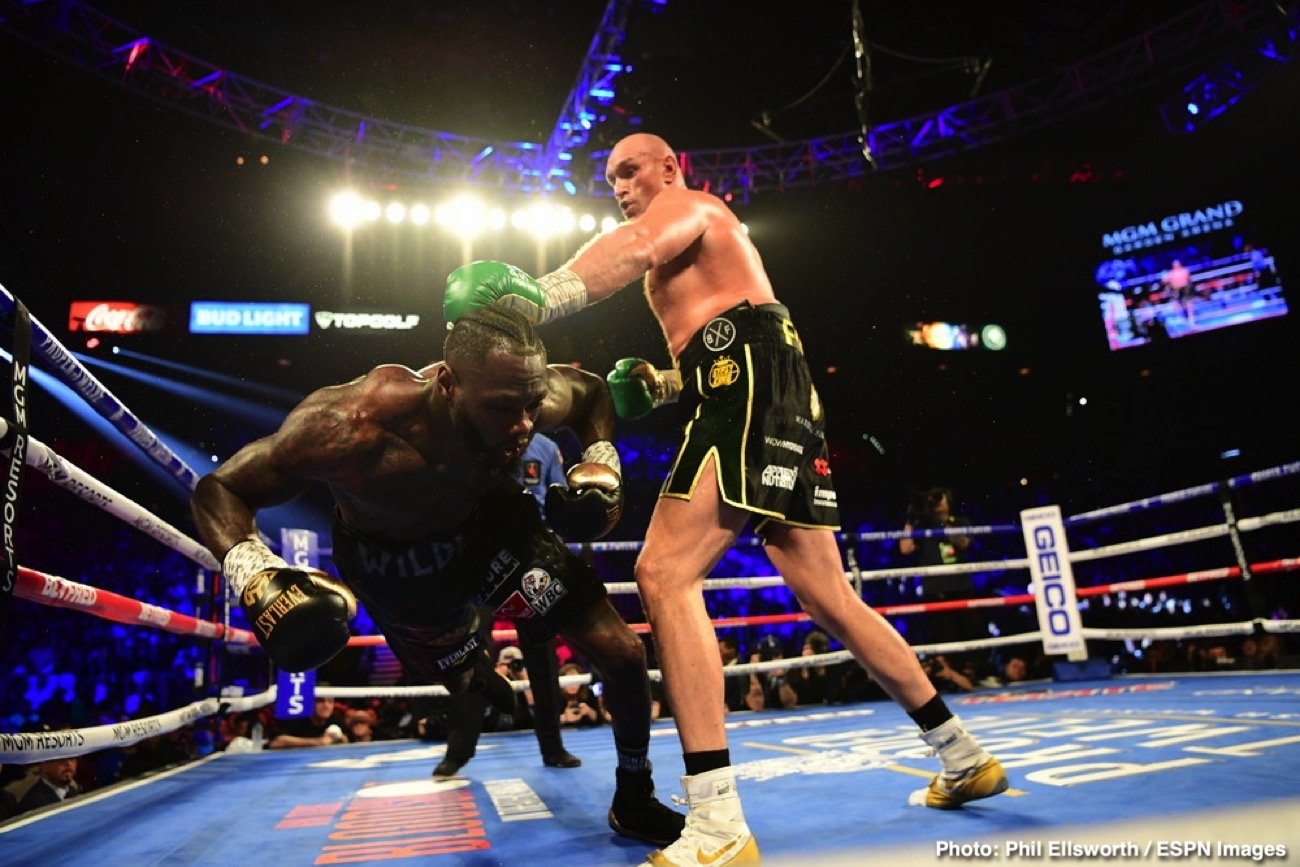 As has already been pointed out by now, Tyson Fury is the sole top-10 (number-one) heavyweight out there today who has yet to be stung by pro defeat. We’ve seen it – big name after big name falling: Anthony Joshua, then Andy Ruiz, then Deontay Wilder, and most recently Adam Kownacki.

Each of them has fallen and all are now in need of a rebuild. While Fury, unbeaten after over 30 pro fights, sits atop the sport’s premiere weight division. So which of the felled three (Wilder, Ruiz, Kownacki) has the best shot at reganing that what they once had? No, no fighter can ever regain his unbeaten record, but they can be rebuilt, remarketed and reenergised.

Who is your money on when it comes to the best shot at being able to climb back up and being able to threaten or regain world honours once again?

Ruiz, who was outpointed by Joshua in their massive money rematch in Saudi Arabia, perhaps took less punishment (physically speaking) than the two other dudes on this list. Ruiz was simply out of shape, quite disgracefully so, and he was throrouhgly outboxed. It might be that Ruiz’ pride was more stung than anything else. Ruiz has a great chance at reaching the top again providing his work ethic is still intact.

Wilder, well, he took a real shellacking in the return fight with Fury, perhaps a hammering he can never truly recover from. Knocked down, busted up and then knocked down again before his corner threw in the white towel of mercy, the previously all-conquering “Bronze Bomber” was totally beaten. His case may prove to be the toughest of them all. Can Wilder EVER be the same again?

Kownacki, who was shown up by a far better conditioned and way more determined Robert Helenius, may well have lost due to his own shortcomings. Therefore (and taking zero from Helenius’s great and needed win) it might be that his chances of coming again could be the healthiest in terms of this bunch. Then again, maybe the ‘I’ll walk through it all and the devil with the consequences, I’ll get the win’ approach Kownacki had, has been wiped away by the tall Finn.