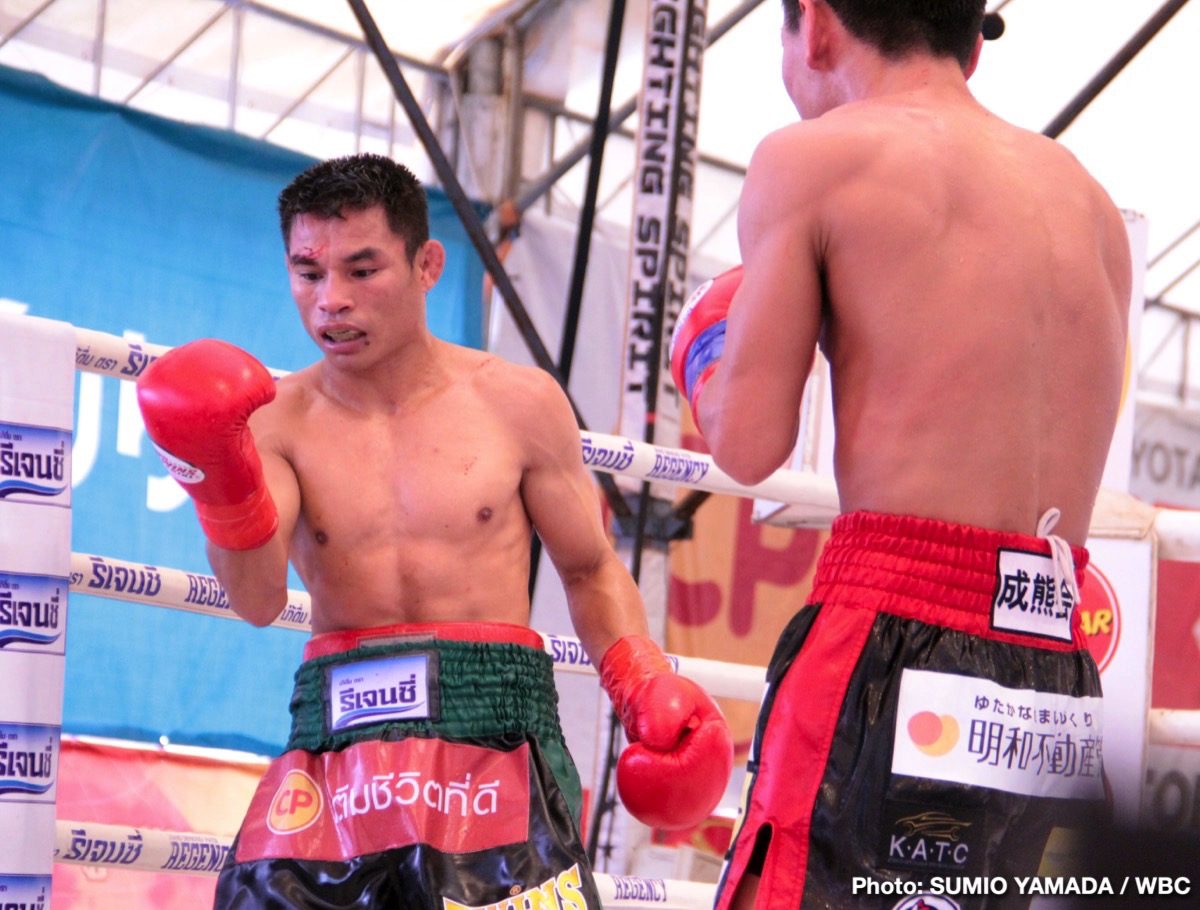 He has the best and most impressive numbers in the sport: Wanheng Menayothin, currently 54-0, a world champion since November of 2014, this also a record. And news has come out of Thailand how Menayothin, the reigning WBC champ at 105 pounds, will finally fight in America this April.

As per a story from Asian Boxing, Menayothin, 54-0(18) will face 20 year old Filipino Marco John Rementizo, 12-3(9). The venue for the fight is yet to be made official, but the date is April 25th. It certainly will be interesting to see how much of an attraction Menayothin will prove to be in his U.S debut. Having fought his entire pro career in Thailand, 34 year old Menayothin, now aged 34, will at last leave the comforts of home behind him as he make this, his 13th title defence.

Still, it’s not too likely Rementizo, a southpaw who has not had too much experience, with just eight fights against opponents who had a winning record at the time, will give Menayothin too tough a time of things. Stopped in a round by Samuel Salvo and also being stopped quickly by MJ Bo, Rementizo has no obvious stand out win on his record. The challenger does have youth on his side, and who knows, maybe Menayothin could grow old overnight at age 34, having had so many fights, plenty of them distance bouts, but a big upset aside it looks like the long-reigning WBC champ will indeed get to a quite incredible 55-0.

A big star in his home country, Menayothin is certainly a fighter American fans should go out and see fight live and in the flesh if they can do so. How far can Menayothin go – could he even reach 60-0!?

It will be quite a year for the little guys of the sport fighting in America. Superstar Japanese banger Naoya Inoue will have his first big fight in the U.S (and just his second in total, “The Monster” having boxed in Carson, California in a WBO junior-bantamweight title defence back in 2017) this April, also on the 25th, in Las Vegas. Inoue will get far more attention and a big number of fans showing up than Menayothin, but both fighters should get the star treatment.