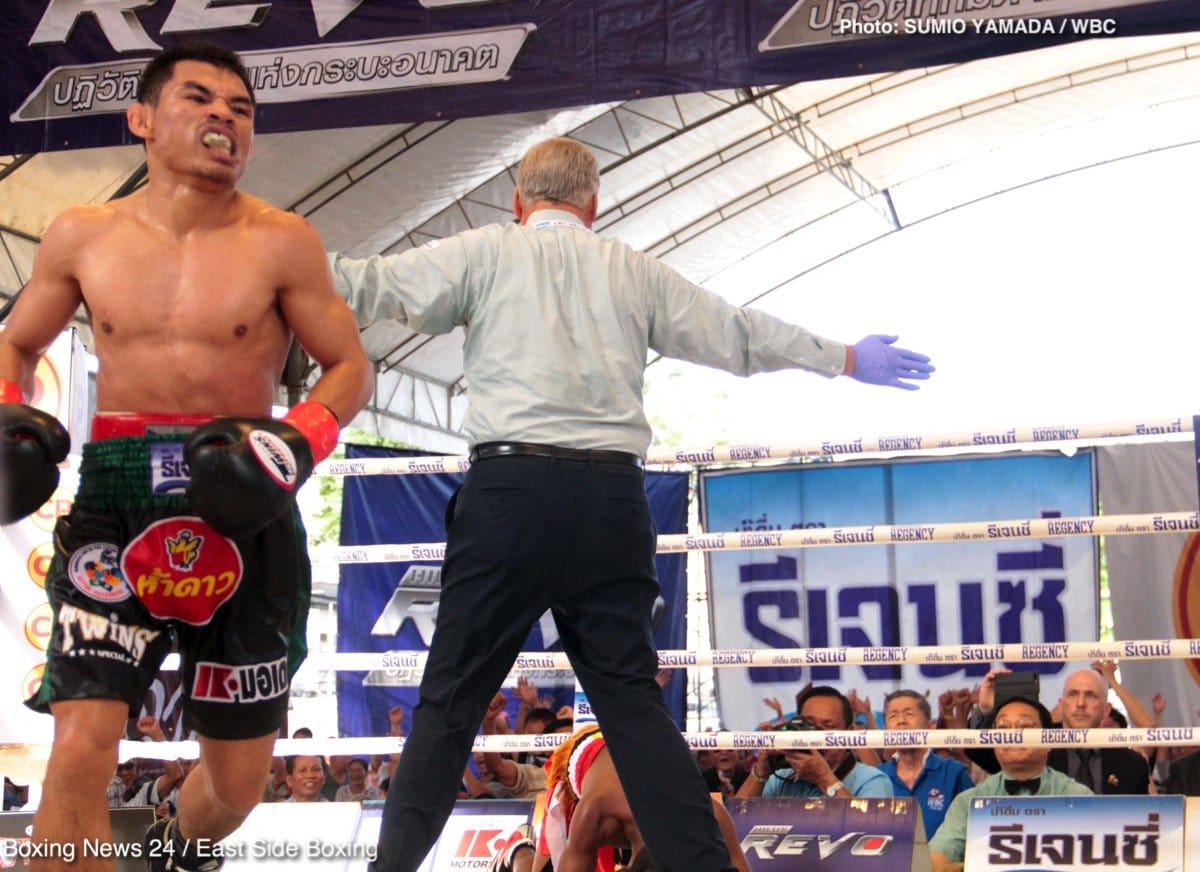 It was a case of repeat not revenge in Rangsit, Thailand today, as WBC strawweight champion Panya Pradabsri, AKA Petchmanee CP Freshmart, won a 12 round unanimous decision over former champ Wanheng Menayothin, AKA Chayaphon Moonsri.

Menayothin came out in an aggressive fashion right from the start in today’s fight, his body attack seeing him win the early rounds (WBC open scoring after four rounds, revealed how the former champ who was attempting to regain his belt led by a score of 39-37 on one card, with the other two cards having things level at 38-38.

The action was of the two-way variety in the middle rounds before the defending champ began to come on strong. Both men had their moments and the crowd enjoyed the trading. Menayothin, sensing he was in trouble (and also being informed as much from the open scoring after eight completed rounds, the scores now 78-74, 78-74 and 77-75, all for the defending champ), gave it all he had in the later rounds. It looked as though Menayothin may have scored a knockdown in the ninth, as he landed with a jab followed by a right hand, yet the referee ruled that Pradabsri had slipped.

Both men were forced to dig deep in the final few minutes of the action fight, and the younger man did look to be the more tired of the two. But Pradabsri boxed his way to the final bell and the decision victory in his favour was not to be debated.

Pradabsri has now made two successful defences of the WBC belt and he will be aiming to keep hold of the title for a good while longer. Where Menayothin goes from here is anyone’s guess. Up until the upset loss to Pradabsri in 2020, Menayothin had been champion for some six years, having made an impressive 12 defences.

In Pradabsri, Menayothin found his bogeyman.