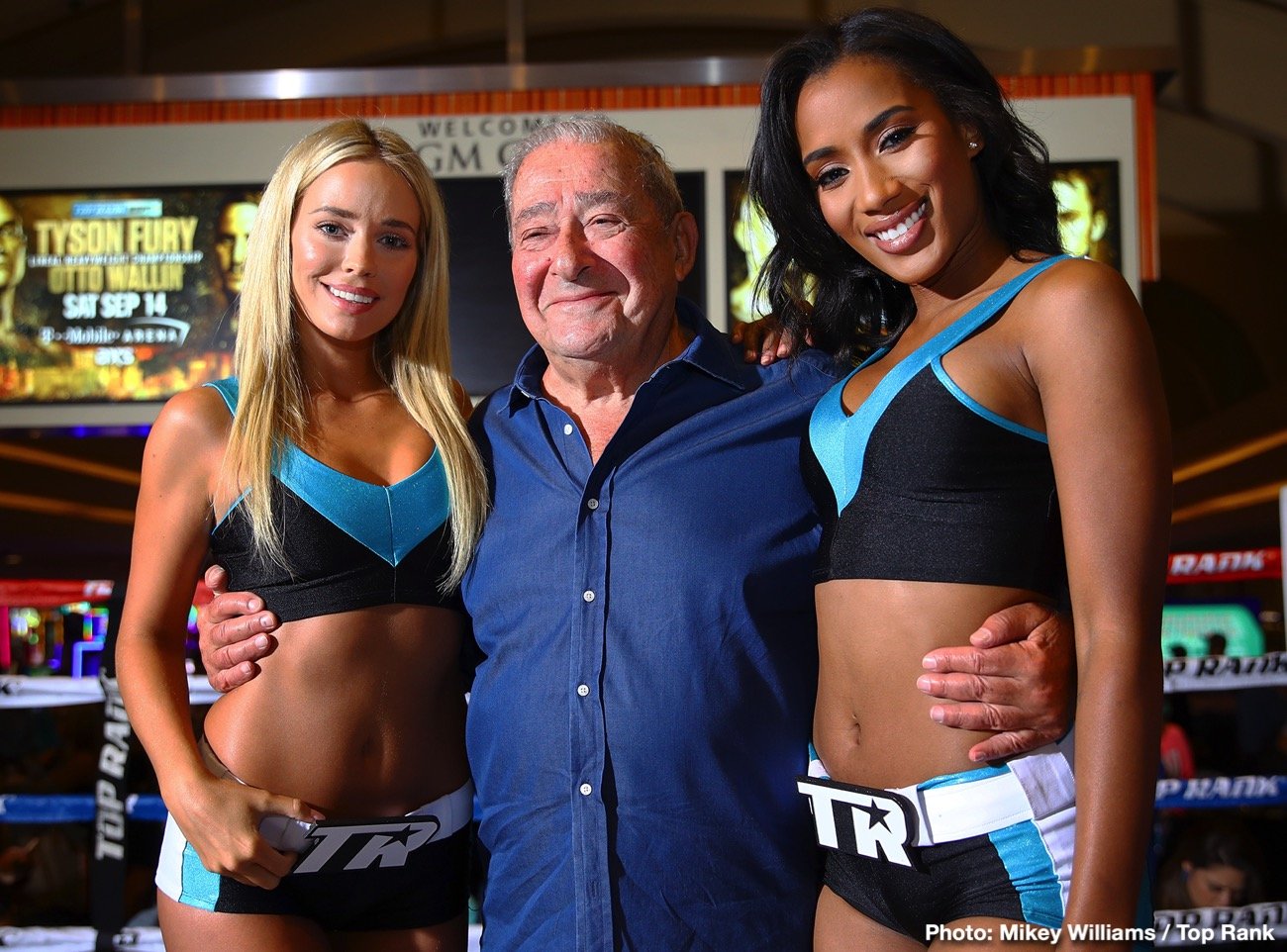 Bob Arum started off working in law. Don King’s earlier years caught him breaking the law. But together – or apart, the two men genuinely heated rivals for many a year – these two giants shaped, formed and dominated the boxing world from the mid 1960s on. In fact, though King is semi-retired these days and scarcely contributes, Arum is still out there, very much firing on all cylinders.

Both men were born in 1931 – King in August, Arum 89 years ago today – and the two share a whole lot more than that; even if they do come from totally different backgrounds. Both men got their first start in boxing thanks to the great Muhammad Ali. Arum arrived first.

Having been educated at, amongst other places, Harvard, Arum worked for the Kennedys. It was a fine career Arum had carved out as a lawyer, with no interest in boxing in his life at the time. But in 1966, Arum promoted his first fight, this the Ali-George Chuvalo fight. Arum never looked back.

Years later, King, an unknown but equally ambitious numbers runner from Cleveland, got Ali to box at a benefit to help a black hospital (Lloyd Price assisting King with his contacts with Ali). King had barely been out of prison a year

Fast forward to the 1970s and ’80s, and King and Arum were between them promoting every big boxing match in America and beyond. Arum was instrumental in getting the simply unforgettable Ali-Frazier series made. King was the brains behind “The Rumble In The Jungle.” Ali made both men stars.

But who ranks as the better, the greater promoter?

It is indeed a tough one. While Arum and King between them gave us some of the most fascinating and intense rivalries in boxing history – think Duran-Leonard, Leonard-Hearns, Holyfield-Tyson, and a whole lot more – their own unique rivalry might have been the most bitterly fought of all of them.

King showcased many of Tyson’s fights, Arum helped turn Manny Pacquiao into a superstar. King had fantastic fighters like Larry Holmes and Azumah Nelson and Julio Cesar Chavez working for him. Arum had George Foreman and his astonishing comeback, and well as giving us tremendous big fights featuring warriors Erik Morales and Oscar De La Hoya.

Both men endured controversy, King having a substantial lead in that department. Both also had great and memorable catchphrases/quotes – King making his “Only In America” mantra a global phenomenon, Arum being brutally honest with his “Yesterday I was lying, today I’m telling the truth” quip.

In terms of longevity, Arum has outlasted his rival, he also got going before King. Arum has shown he is a 15 round master, King a 12 round star.

Neither man will ever be forgotten. Or topped. Special, incredibly hard working, with a gift for flair and flamboyance (King the better man in this area), and truly and eternally dedicated to their sport, Arum and King quite simply made boxing the sport it is today.

Taking over from the mob and the other people who ran boxing in the 1950s and early ’60s, Arum and King took the drama, the beauty and the tragedy of this at times unfathomable sport into the modern age.

Between them, Arum and King served up big fight showdowns and match-ups today’s so called big boxing promoters could never have had the nerve to even dream of.

We will miss both when they are gone. In Arum’s case, this won’t be any time soon. Thankfully.