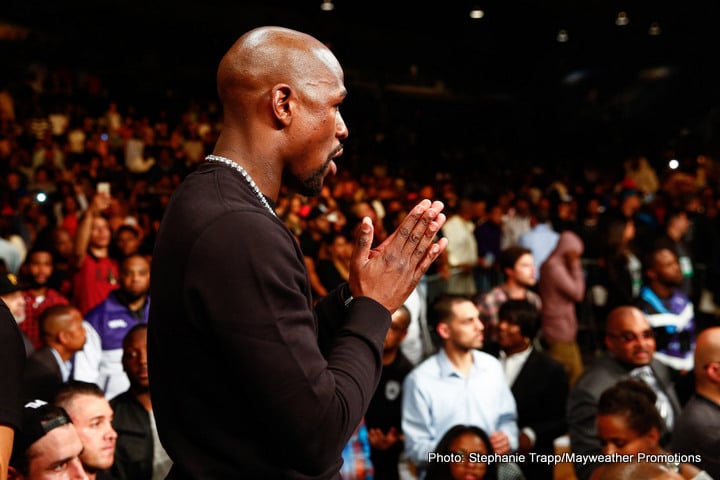 While much has been made of The Money Team reportedly reserving The MGM Grand in Las Vegas for August 26 for the much hyped “Super-Fight” between Floyd Mayweather and Conor McGregor, the fight between the superstar boxer and the superstar MMA fighter is not yet official.

Despite this, big wagers have been placed on the fight’s outcome in the Vegas casinos and sportsbooks. According to an interesting piece on ESPN.com, The Westgate Superbook in Las Vegas has already had over $10,000 bet on the fight. Currently, Mayweather is a whopping -900 betting favourite (down from an even bigger –2,500 favourite when odds were first announced back in February), while McGregor is currently listed at +700 (he was +1,100 back in February).

Most of the bets have been placed on McGregor, amazingly enough, as most experts see this fight, if it actually happens, as an easy night’s work for 40 year old Mayweather. But McGregor’s fans evidently believe in their hero.

“Most fights that are not official don’t garner much handle until officially becoming announced,” said Jeff Sherman of Superbook when talking with ESPN.com. “I’m not surprised by the McGregor support, just that it has come without an official fight announcement.”

Boxing fans might well be surprised by the McGregor support, shocked even. Ask any boxing expert, and chances are they will tell you McGregor doesn’t land a single telling blow on Mayweather. Perhaps the army of McGregor supporters feel Mayweather, after turning 40 and having had almost two years of inactivity, will be old enough and his reflexes slowed down enough for McGregor to be able to catch him with something big early on. But will the fight actually happen? Oscar De La Hoya says he doesn’t think so.

“Will we see that fight? I strongly feel we won’t,” De La Hoya told CBS Sports a few days back.

If the heavily hyped fight doesn’t happen, all those punters who have bet on McGregor will get their money back, saving themselves thousands of dollars.