Unified light-heavyweight ruler Artur Beterbiev has just turned 38 (January 21), and his rivals, either upcoming or potential rivals, are no doubt hoping Father Time will slow down Beterbiev. All potential Beterbiev foes can indeed be pictured sitting and hoping that age will somehow begin to creep into the Russian power-puncher’s ability to hit so darn hard as well as so accurately, even though they would never admit it.

They say the last thing a fighter loses is power, however, and though he is coming off a layoff of seven months, Beterbiev really hasn’t shown any signs of losing his power, his timing, or his accuracy. 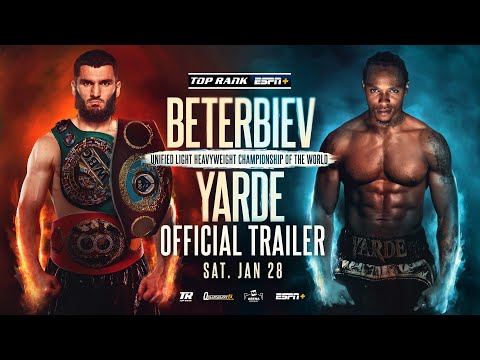 This Saturday night at The OVO Arena in London, Britain’s Anthony Yarde will be the next fighter to get in there to try and defeat Beterbiev, a man who has stopped all 18 of his opponents.

It’s fair to say, Yarde, even though he is seven years the younger man, and is also the possessor of faster, swifter hands, is a stiff underdog against Beterbiev. Will this one be yet another KO or stoppage win for Beterbiev? Yarde says his speed WILL see him to victory.

When it comes to the one man most fans feel is best equipped for the mighty task of bringing Beterbiev down, Dmitry Bivol is the guy. But next up it’s Yarde’s turn, and Yarde says he is confident he can beat Beterbiev. How? With his superior speed, the twice-beaten Londoner said in speaking with Mail Online. Yarde says Beterbiev is “slow” and he insists he can defeat him by “being a breath of wind he cannot catch.” 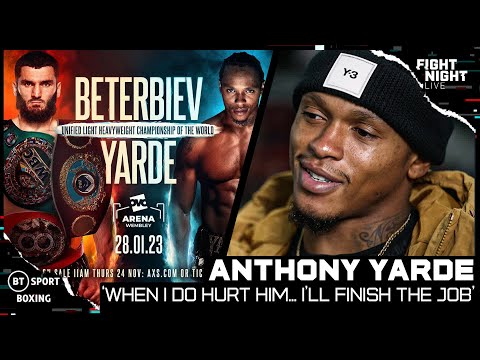 “Yes, he is the best light-heavyweight now, but even in this brief fight I saw plenty of ways of beating him,” Yarde said. “I would be more afraid of fighting a master boxer. The man has serious power but he’s not as fast as I expected. This is a challenge I will relish. The key to beating Beterbiev is to be sharper, quicker, more intelligent and we’ll see on fight night.”

We will indeed find out, this Saturday. Yarde actually said he thought Beterbiev and Joe Smith Jr, Beterbiev’s most recent victim, “both looked slow” when they fought and that speed really will be the key for him when his big chance comes. But this confident talk aside, not too many people see Beterbiev losing any time soon, not to anyone. Aside from maybe Bivol, Beterbiev has his way with any 175 pounder out there.

Yarde, 23-2(22) may well find out on Saturday night how timing, the ability to cut off the ring, and absolutely crushing power can overcome speed in a fight. Beterbiev may not be the fastest but he’s destroyed a number of fighters he was slower than. If you are looking for one weakness in Beterbiev – one possible weakness – then again, it’s his his age. Maybe.

But unless Beterbiev has, as the saying goes, ‘grown old overnight,’ then it’s very, very tough to see Saturday’s fight going past the middle rounds. Beterbiev is the pick to win, he simply has to be. Beterbiev via mid-rounds KO or stoppage win. But will Yarde fight or will he run when he gets into the ring at the weekend? 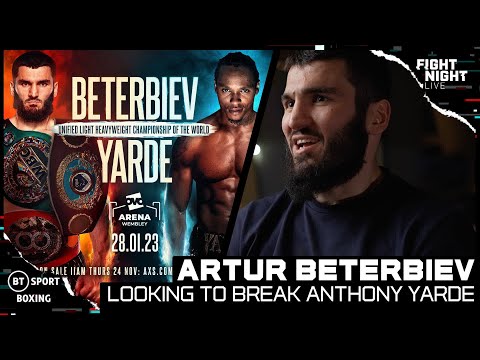