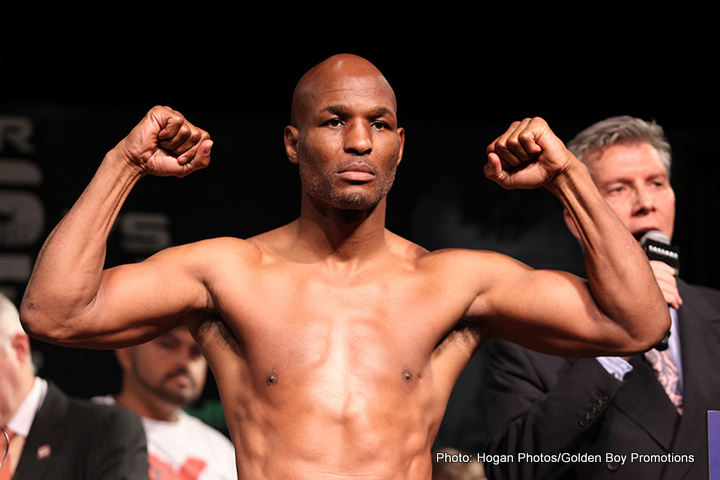 Hopkins has crammed himself into a tight spot and eve his most optimistic fans will hardly be at ease on Saturday night. This should be a simple fight from strategic point of view and a straightforward game plan for both boxers. The clash of styles is almost a stereotype and you can’t really surprise Hopkins with a move unless you put him down and you won’t make Kovalev hesitate unless you take his best shots and remain on your feet.

Hopkins prides himself in his mental game and “secret service” approach in studying his opponent’s intimate personal traits and sniffing out weaknesses. Knowing every dirty trick in the book and blindsiding referees could work when he is evenly matched and needs to unsettle an opponent. Antics and tricks aside, there is no gimmick against functional speed and ambidextrous power.

I am not referring to Kovalev’s hand speed which may look deceptively average, boxing speed is the functional ability to create/spot an opening and apply maximum power within a very short window. Hopkins may think he knows it all, a professor, and he might know more than Kovalev, however knowing and doing can be worlds apart sometimes. The body and the mind drift more and more apart with age. The great Julio Cesar Chavez explained that he lost to Kostya Tszyu because he knew what to do and when to do it but “the body just would not listen”.

Father time and Mother Nature have been kind to Hopkins and he has learned “proper maintenance” over the years. He will still be 50 (-2 months) years old on fight night and Kovalev will be a prime fistic machine with vast experience (pro and am alike) and technical proficiency. Blocking a big shot with an elbow is legal; ideally the puncher will hurt his hand, blocking the shot with the head – much more probable in Bernard’s case.

Perhaps Hopkins did not need to take this fight but being already in history it might be time for him to shape up his legacy. His opposition of late has been less than stellar and he has been crying for respect so taking on one of the scariest boxers today is a commendable feat. This is a very well calculated risk – if he wins, Hopkins catapults into a league of his own, if not, he can blame age and he will be right. Kovalev would have no excuses- at 31 years of age he can hardly claim lack of experience and he isn’t old enough to have “spirit over matter” issues, his body should “listen” perfectly well. The fight should attract a lot of interest not just because so many people would like to see Hopkins badly beaten, if the fighters keep it relatively clean it should be a technical gem no matter how long it lasts.