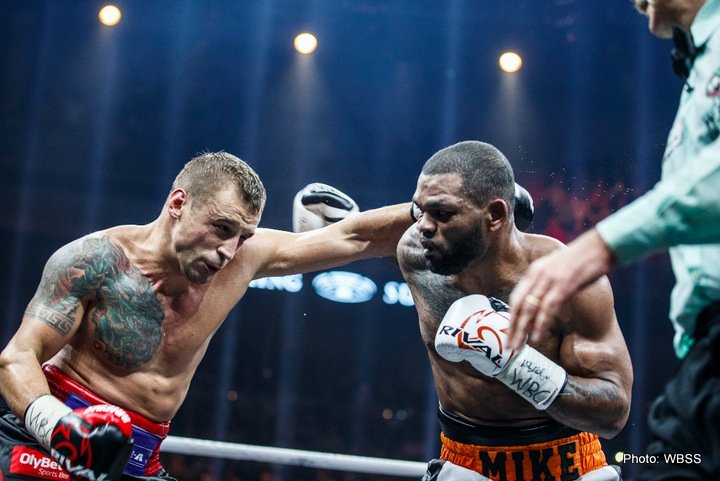 “The fight went the distance which is the reason why the fans could say it was boring but it was not,” said ‘Iron’ Murat Gassiev.

“Perez was doing great. His stamina was there. His speed was there. He was motivated. He lost but the fact is now we have a very dangerous fighter in our division. I think he is capable of becoming a mandatory challenger in the near future.”

“If you try to back him up he has a good defense. If you work from a distance, he is ready too. If you want the inside work with some of Marko Huck’s elements — he’s ready. He’s ready for everything. I think that Briedis’ uppercuts and dirty boxing surprised Perez.”

“His fight with Usyk will be very interesting. Those who think that Usyk is going have an easy fight are wrong. I look forward to it, he says.

Murat Gassiev steps into the World Boxing Super Series when he faces off against Krzysztof Wlodarczyk in the final cruiserweight quarterfinal on October 21 at Prudential Center in Newark, New Jersey.

The winner will face WBA world champion Yunier Dorticos in a unification fight in the semifinal.