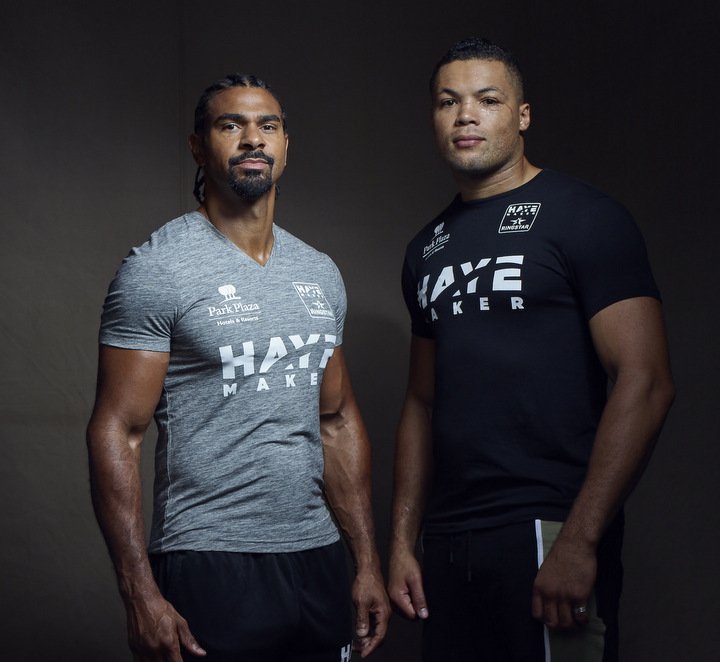 Will the December rematch between bitter rivals Tony Bellew and David Haye prove to be a hit, at both the live gate and on pay-per-view? The Dec. 17 return will go ahead on a Sunday – promoter Eddie Hearn rolling the dice in staging the fight, not only on a Sunday night, but also one so close to Christmas – and British fans will be expected to fork out a substantial amount of cash to watch the event.

The fight, a rematch of the fight in March that saw cruiserweight champ Bellew overcome great odds to stop an injured Haye late on in a wholly unexpected battle, has plenty of appeal – but will it be the smash hit all involved hope it will be? A good under-card will of course help the promotion and one looks to be shaping up.

Joe Joyce, unbeaten at 1-0 having made his ambitious debut, against experienced pro Ian Lewison, a successful one, will look to put a second win under his belt (against an as yet TBA), while super-middleweight sluggers Erik Skoglund and Rocky Fielding will rumble in what promises to be a real action fight for however long the bout lasts. Further fights are set to be announced shortly.

But as is the case with any big fight, any pay-per-view event, it’s all about the main event; this is what we are really paying for. Can Bellew repeat his win, thus doing as he says he will and end Haye’s career, or will the former undisputed cruiserweight champ and one-time WBA heavyweight ruler put things right this time round?

Haye, quite uncharacteristically quiet in the lead-up to the rematch, is reportedly focused like never before, knowing as he does that his very career will be on the line on the night of December 17. Was Haye both too overly confident and carrying an injury ahead of the March fight (don’t forget that mid-week trip to see his German specialist just three days before the fight; one that in hindsight suggests Haye suspected his leg might not be in anything like tip-top shape)? Is Bellew, who has been doing all of the talking ahead of the sequel, overconfident himself this time round?

It’s a very intriguing fight; one that in truth no-one can predict with anything like 100-percent confidence (though inevitably there will be “after-timers” who will shout loudly how they knew all along what was going to happen). This one is a genuine 50/50 fight. Is Haye completely injury-free? Did Bellew catch lighting in a bottle last time?

Will the Sunday night audience turn to be a big enough one to have made the decision to hold this fight on an evening ahead of a working day a smart one?