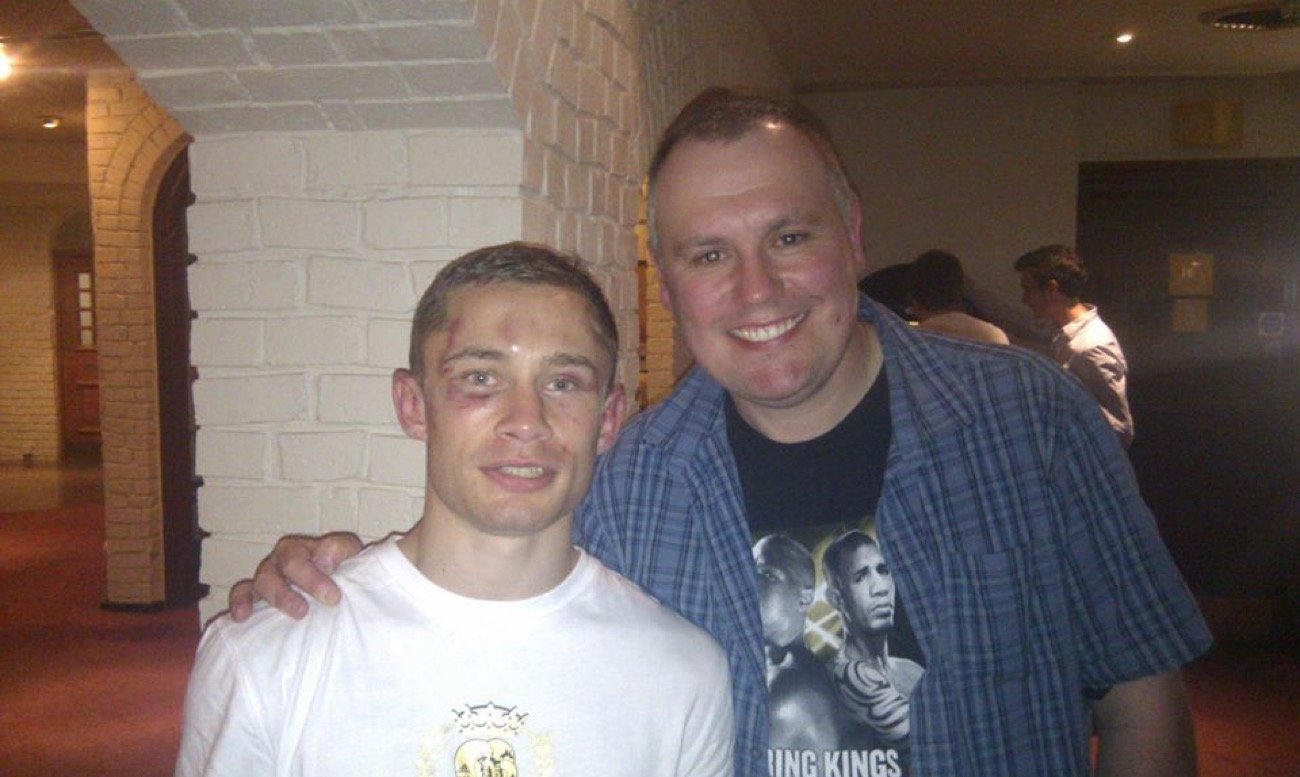 BT Sports asked a host of fine fighters who their Dream Fight opponent would be, who they would pick to get it on with from anyone in history. And in answering yesterday, Irish two-weight world champ Carl Frampton, perhaps with his tongue placed firmly inside his cheek, said Barry McGuigan.

So what, some fans might say? Well, these two particular Irish legends had a quite nasty, not to mention wholly unpredictable, falling out some months back. A young Frampton, spotted by the knowledgeable eye of former featherweight king McGuigan, signed on to be looked after by Barry, to be managed and guided by “The Clones Cyclone.”

Things went great for some time, with “The Jackal” fulfilling McGuigan’s prophecy of ruling the world and, for a short time, being in the top-three, pound-for-pound on the planet. But then the two fell out. Who fully knows why. The two are still embroiled in a legal battle.

But how would a ring battle have gone between these two superb fighters?

With all due respect to Frampton, a man who has ruled the world at super-bantamweight (this being his ideal/peak weight) and featherweight, he would not have been good enough, strong enough or durable enough to have beaten the prime McGuigan. A massive featherweight, seemingly one with limitless stamina, a great chin and incredible fitness and relish for battle, McGuigan lit up the 126 pound division in a major way back in the 1980s.

Defeating fellow small giants of the sport such as Eusebio Pedroza and Bernard Taylor in 15-round showdowns, McGuigan also came so, so close to conquering the mass political divide that was tearing up that proud country in such a bloody fashion – “The Troubles” proving to be a heartbreaking time for so many. No, McGuigan doesn’t get extra ring points for doing what he managed to accomplish in the political arena, but with so much else on his side: height, reach, experience, Barry – who was stopped just once in his career, this on cuts at the very end – would have beaten any version we have seen of Frampton.

Also an excellent fighter (and we haven’t seen the last of him yet), Frampton is good, whereas, for a short time, but long enough, McGuigan was great. Frampton – who has also managed, for now, to avoid being KO’d – would have given his best in this specific Dream Fight scenario, but he would not have had enough to have seen the final (15th-round) bell with the McGuigan of 1985.

No way. Maybe he knows this himself, despite the cocky call out.

READ:
Paul ‘Bomber’ Brown aims to come ‘Back with a Bang’ this weekend

We all love to debate a Dream Fight scenario, but this fight would have been one long nightmare for Carl Frampton.