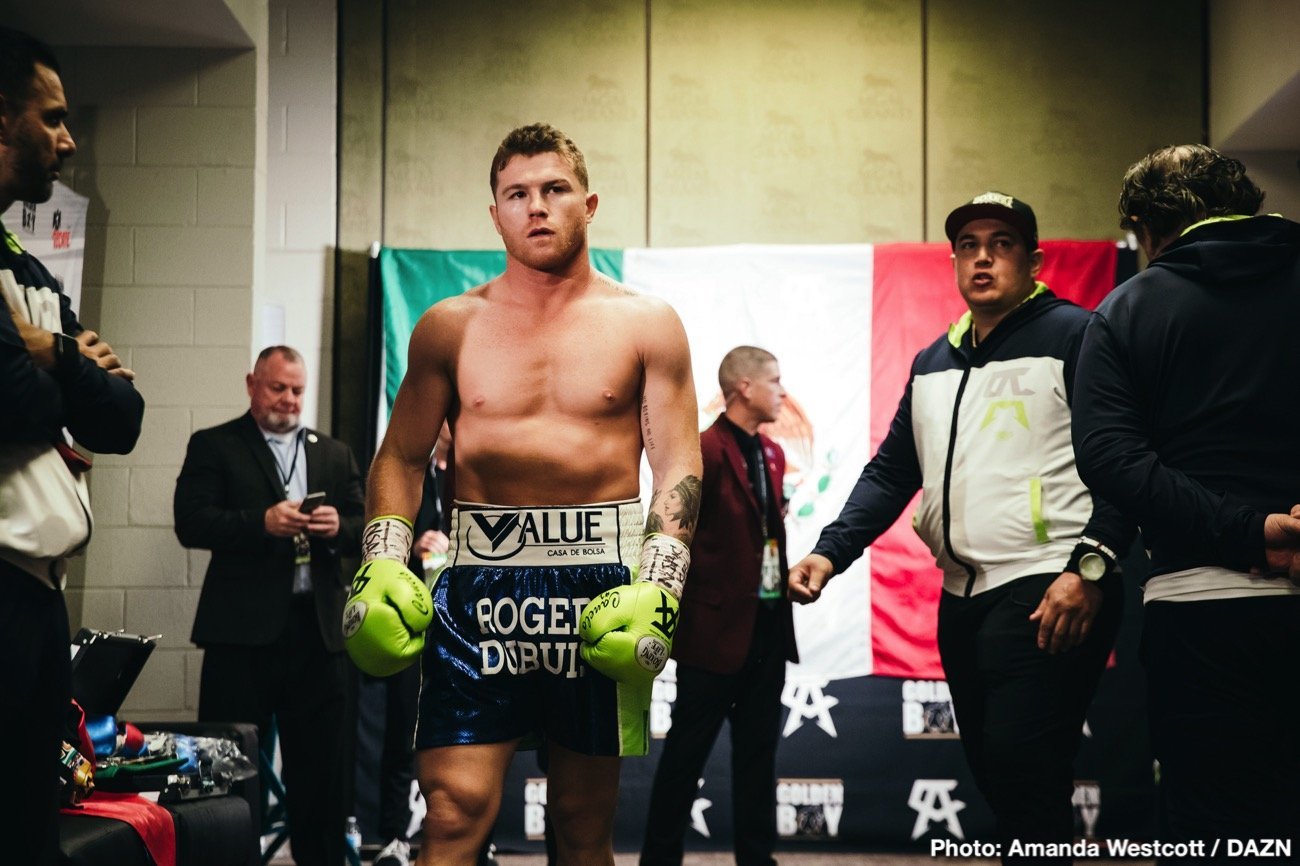 Eric Gomez of Golden Boy has announced how superstar Canelo Alvarez will next fight on May 2nd, over the Cinco de Mayo weekend celebrations. Mexican fans have grown accustomed to seeing Canelo in a big fight at this time of the year; the four-weight champion facing Danny Jacobs in a big middleweight clash last May.

So far, there is no confirmation of who Canelo will fight on May 2, or where the fight will take place. But as Gomez explained, Canelo is not without plenty of options, at a number of weight classes. Canelo gave up the WBO belt he had historically won by beating Sergey Kovalev in November (this KO win, along with the May decision win over Jacobs seeing to it that most pundits crowned Canelo 2019 Fighter Of The Year), but as Gomez explained to ESPN.com, he might engage in further fights at 175.

“That’s his weekend,” Gomez said of Canelo fighting over Cinco de Mayo. “The WBO sent us a letter about having to make a decision on whether he was staying at ’75 or ’68, because in their rules, you cannot keep titles in two weight classes. I personally feel that’s (168) the best weight class, where he’s going to be best at, at this point in his career. But it doesn’t necessarily mean he won’t go back to light-heavyweight, he still has that possibility.”

Gomez stated that Canelo could fight “pretty much anybody from ’60 to ’75,” and that a decision will be made later this month.

Two British names have been mentioned as possibilities, in Billy Joe Saunders and Callum Smith, both belt-holders at 168 pounds. But of course, the one we all really want to see, still, is Canelo-Gennady Golovkin III. That might come some time in 2019, but it won’t be on May 2nd. If I were a betting man, I’d say it will be either Smith or Saunders in May. But if this proves to be the case the venue of the fight will prove most interesting.

Might Canelo even opt to box in the UK? Unlikely, for sure, but not impossible. As Gomez said, “we’re not ruling anything out.”