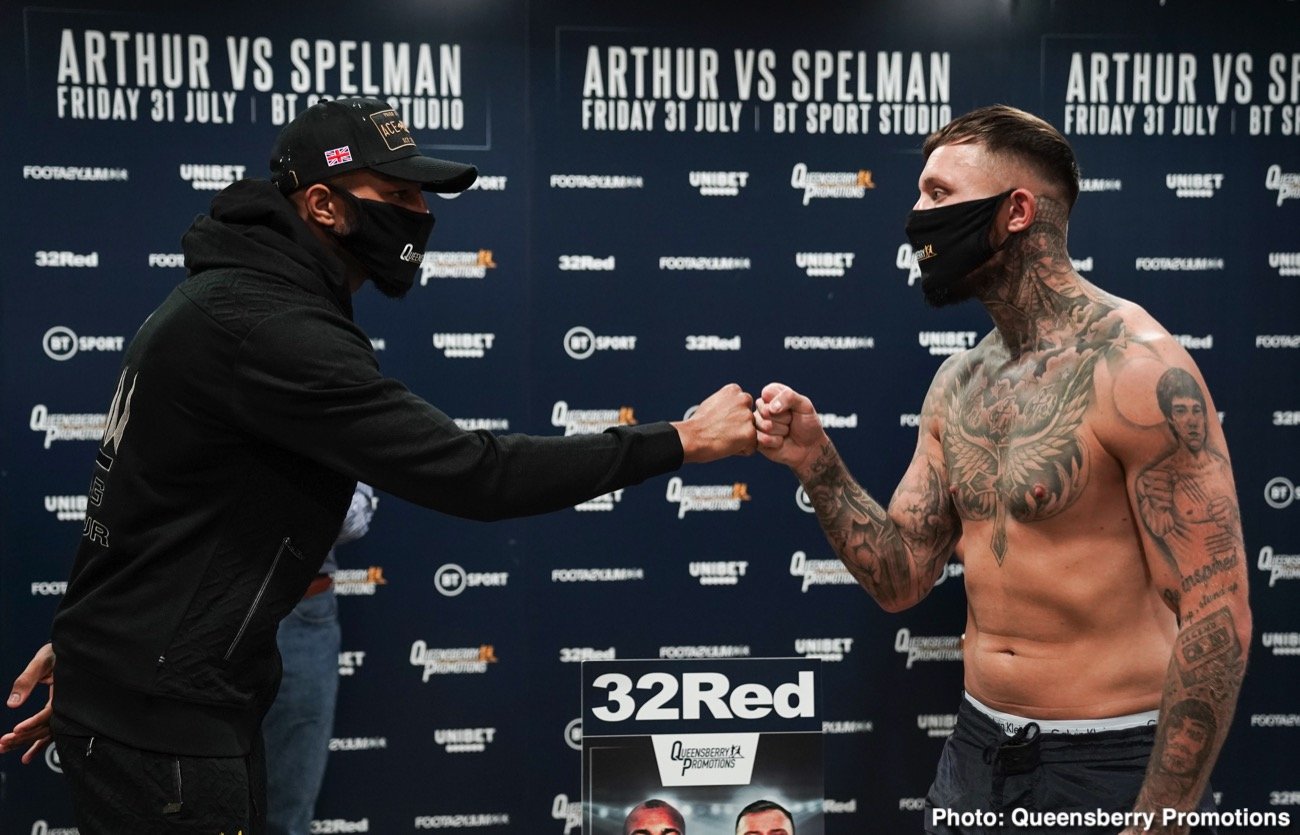 Many have predicted that Spelman will give Arthur the toughest fight of his career, but Lyndon is confident of dispatching his opponent in just four rounds.

The prize? The winner will move forward to a future battle with Light Heavyweight superstar Anthony Yarde.

Rounding out the card will be Belfast banger Caoimhin Agyarko who takes on a step-up fight against Jez Smith, and Liverpool trio Brad Strand, Andrew Cain and Nick Ball will all make their Queensberry promotional debut.

Don’t miss any of the action live tomorrow night on BT Sport 1 at 7pm. 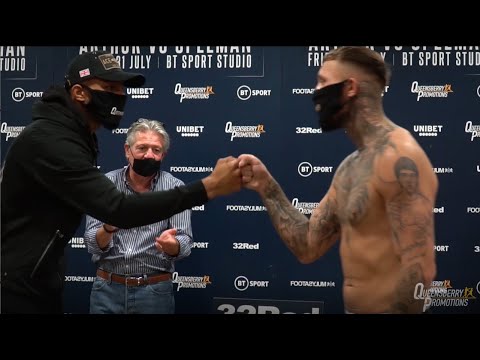 Arthur vs Spelman is live on BT Sport 1 at 7pm, tomorrow night.

Arthur (16-0, 12 KOs) won the vacant Commonwealth title live on ESPN+ last October in a barnburner against Emmanuel Anim, knocking down Anim in the fourth round before prevailing via unanimous decision. He was scheduled to fight former world title challenger Anthony Yarde in April, but the COVID-19 pandemic interfered. With an eye on a Yarde fight later this year, Arthur must first get past Spelman (16-3, 8 KOs), a six-year professional looking to rebound from last September’s decision loss to Shakan Pitters. Spelman, a scaffolder by day, is a former English light heavyweight champion.

In undercard action on the ESPN+ stream:

Junior featherweight prospect Brad Strand (3-0, 1 KO) will fight noted spoiler Brett Fidoe in a four-round bout. Fidoe has been knocked out only once in an 80-fight pro career that began in 2012.

“Forget Yarde and Buatsi,” said Lyndon of his two most high-profile rivals. “By the end of the year, i’ll be the guy you’re all talking about.”

Prior to Lockdown, Arthur had been scheduled for a blockbuster bust-up with ‘The Beast’ Anthony Yarde but those plans were scuppered by the Lockdown and subsequent postponement of a planned April 11th card at the O2 Arena.

That fight remains part of Frank Warren’s plans for later this year, but first Lyndon must overcome a tricky defence of his Commonwealth Light Heavyweight title against a tough opponent in Dec Spelman.

Spelman is confident of victory himself and in his first interview since arriving in London for fight week, the Scunthorpe scrapper vowed to take Lyndon’s “head off”.

The ‘King’ isn’t worried about the threat to his crown… or his head.

“Friday it’ll be the same old story. I’ll beat him down and I’ll knock him out. Easy work.

“I keep hearing people say this is my hardest fight but I’m going to make it look like my easiest. Dec Spelman has never been hit as hard as he will be on Friday night.”

Spelman enters the ring boasting an impressive record of 16-3, but the undefeated Mancunian thinks he’ll be able to prove he’s a level above his opponent.

Lyndon is 16-0 with 12KO’s to his name and believes he’ll soon prove himself worthy of his royal nickname.

The ‘King’ said: “Dec’s a good fighter but he doesn’t belong in the ring with me.”

Arthur vs Spelman is live on BT Sport 1 at 7pm, this Friday night.