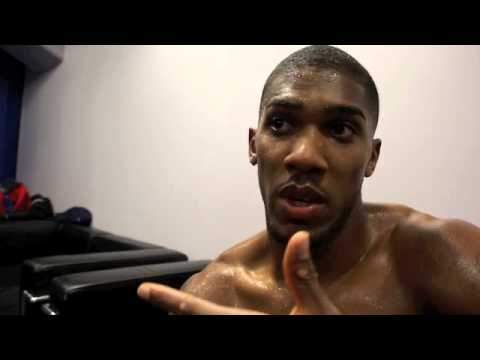 British heavyweight prospect Anthony Joshua (2-0, 2 KO’s) dispatched a badly over-matched Paul Butlin (14-20, 3 KO’s) in an impressive 2nd round stoppage on Saturday night on the undercard of the Kell Brook vs. Vyacheslav Senchenko fight card at the at the Motorpoint Arena, Sheffield, Yorkshire, United Kingdom.

Joshua jabbed and hammered the punching bag-like Butlin at will in the 1st round. At the start of the 2nd round, the 6’6″ Joshua connected with a combination to the head that sent the 37-year-old Butlin down on the canvas on his backside. He got back up to his feet but his left eye was cut badly and he staggered against the ropes. Surprisingly the referee let the fight continue. Joshua then waded in with a couple of shots before the white towel was tossed in by Butlin’s corner to have the fight stopped.

It was hard to gauge how good Joshua was from this fight because Butlin threw only one punch in the entire fight, a right hand, and he landed it cleanly. The rest of the time Butlin was just backing up and taking shots. He was wasn’t doing any of the things that he had said he was going to do in terms of getting in close and throwing punches. Butlin stayed on the outside which he said he wasn’t going to do.

Joshua looks kind of slow and I’m not sure he’s going to be able to do well against the better heavyweights that punch back and with much authority on their shots. Joshua’s good for hype to excite the British fans, but I just don’t see the talent there for him to beat the top guys that punch back and don’t just stand there like punching bags like Butlin did tonight. You can’t get much from watching Joshua pound on a fighter that throws only one punch back and who has only 3 knockouts on his entire 34-fight resume. It was a safe fight for Joshua nothing more. 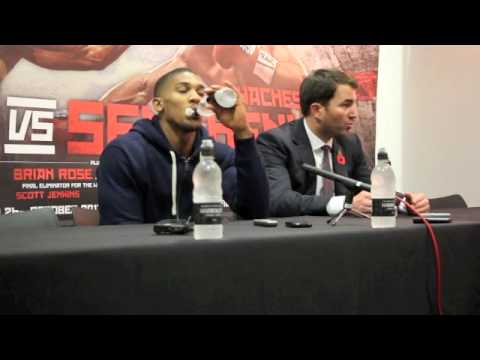