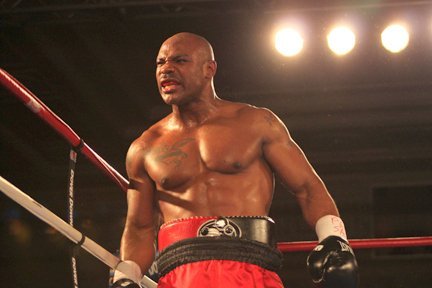 He may be fighting on at the ripe old age of 43 after losing large chunks of his prime due to jail time, yet American heavyweight contender Amir Mansour (22-1, 16ko) is not giving up on chasing that dream heavyweight world title opportunity, and is intent on working on one more step toward it by defeating unbeaten Californian Gerald Washington (16-0) this coming Tuesday (13th) on Fox Sports 1 (US).

The unbeaten Washington is advised by Al Haymon, though at 33 years of age is a late starter himself to the pro game, having only turned over in 2010, and his record as yet is devoid of any real test – meaning he has something to prove on fight night against the older man.

Mansour – despite all the inactivity through incarceration – has clearly boxed the better opposition, dropping a decision in his sole blemish to former 200lb world champion, Steve Cunnigham, in an action packed affair in April of last year, before knocking Fred Kassi out cold 7 months later. He claims that the experience of mixing with the better operators – as well as his vaunted one shot power – will be crucial against his West Coast opponent.

“I don’t think [Washington] has the skill-set to hang in there with me. I feel like he gonna fold, man,” Mansour said to fighthype.com. “I don’t think he can take the war I’m ready to bring to the table.

“I don’t think this [fight] will go the distance at all. I don’t think he has the skill-set or talent to hang in there with me. If the knockout comes, I’m definitely gonna take it. I’m experienced enough to see it, set it up and work toward it – whatever I need to do to win,” he said.

Should he come through in style on the PBC card on Tuesday, then Mansour is keen on a fight with another Haymon fighter – the maligned WBC champion Deontay Wilder, himself looking to squeeze in another voluntary defence of his title before he is due to clash with Russia’s Alexander Povetkin, early next year.