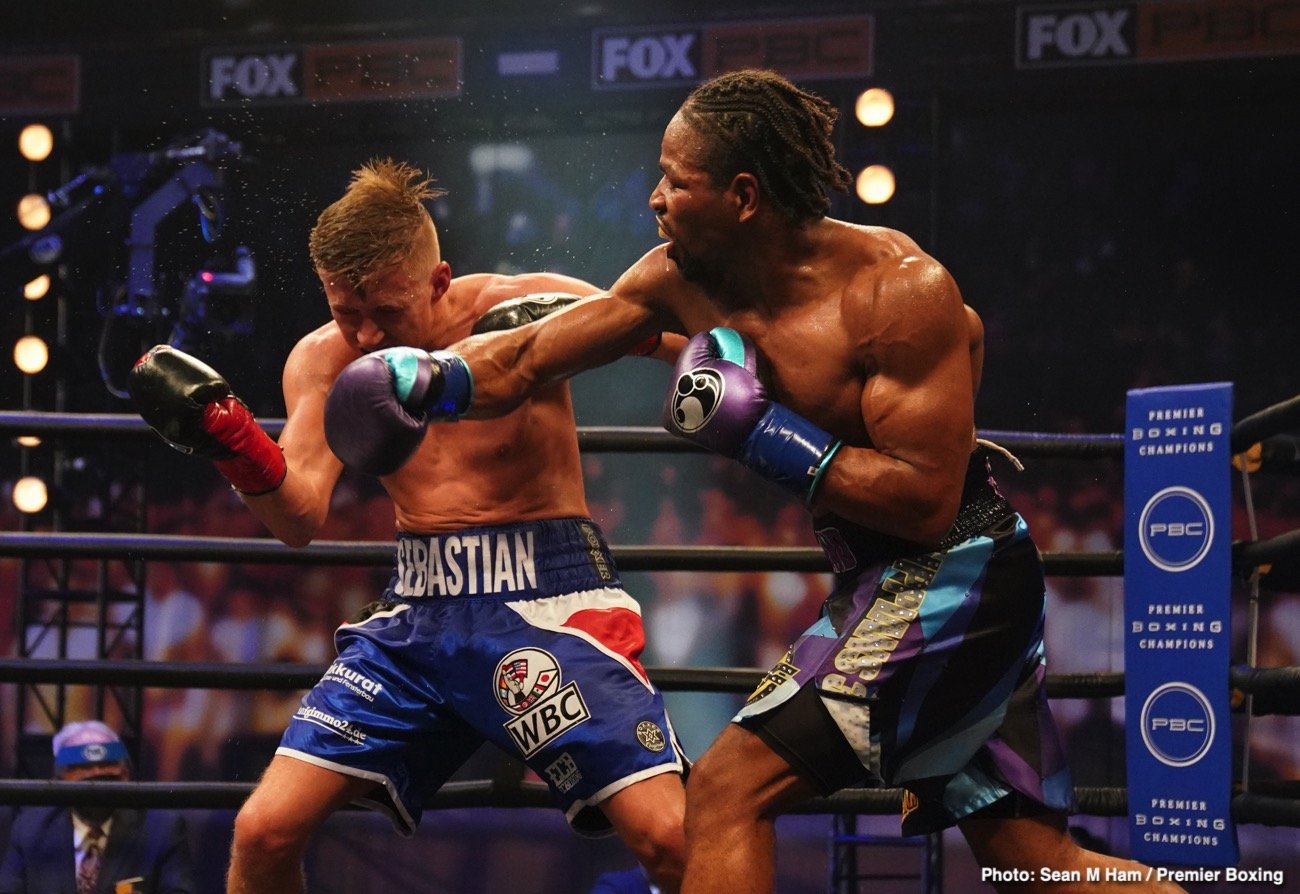 Shawn Porter might be one of the most consistently exciting fighters today. Whether he wins a decision, drops a close decision or wins by KO or stoppage, Porter gives his all. Amazingly well-conditioned and able to throw an incredible amount of leather in pretty much every round of every fight, Porter leaves it all in the ring. And last night, in winning a one-sided unanimous decision over a previously unbeaten Sebastian Formella in an IBF elimination bout, “Showtime” maneuvered himself closer to another big fight.

Porter, 31-3-1(17) is now aiming at a fight with the winner of the November clash between Errol Spence and Danny Garcia, a fight that will contest both the IBF and WBC titles. As fans know, Porter gave Spence all he could handle in a great action fight last year, before Spence suffered that nasty car smash. We are all wondering what Spence will be like when he returns to the ring against Garcia, but Porter wants a rematch with the winner, whoever it is.

“There’s no telling what they’ll see from me in a rematch,” Porter said last night. “I think both guys can also make adjustments. That’s what makes rematches so great, the fans have seen what both of you can do and they want to see who will make the right adjustments. I definitely think I will be a little different against either guy.”

Spence-Garcia is a fascinating fight, and the winner against Porter would no doubt give us yet another great action fight. Porter just wants to fight the best, all the time, no compromises. This, along with his extremely fan-friendly style and approach, makes him the crowd-pleaser he is. Twice Porter has fallen short in big fights – dropping close decisions to both Spence and Keith Thurman – but on any given night, Porter can beat anyone.

If Spence can get past Garcia, Spence-Porter II will be an interesting fight. Or if Garcia, a very dangerous opponent for the returning Spence, can get the W in November, Porter-Garcia II will be one to see. These three welterweights are all involved in good fights, with one guy conspicuous by his absence – where are you, Terence Crawford?