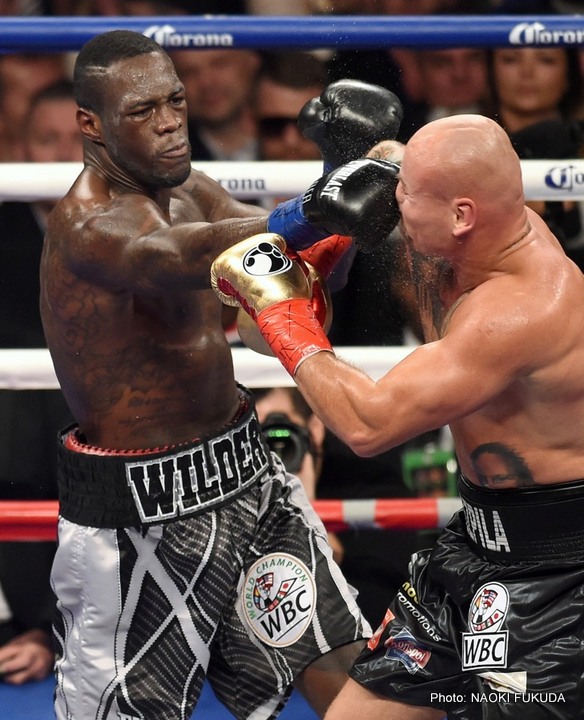 According to WBC mandatory challenger Alexander Povetkin who has been waiting and waiting for his chance against heavyweight ruler DeontayWilder, the fight will now go to purse bids. Speaking with TASS, the Russian star said talks between his people and Wilder’s people, “failed.”

The purse bid is set for the 26th of this month, and Andrey Ryabinskiy said the fight going to purse bids is “more convenient for us.”

“We have some time,” Ryabinskiy said. “We are preparing for the purse bid, which was earlier scheduled in Mexico on February 26 and is now relocated to the U.S. The purse bid is even more convenient for us. Everything is objective, the side offering more will organise the bout.”

It will be interesting to find out what the problems were during the talks for this, the biggest fight in the career of WBC champ Wilder. Povetkin we know wants the fight, but is Wilder as keen? Hopefully he is and the fight goes ahead. We don’t want to see Wilder vacating his belt and going after one of the other straps (such as the IBF title, against whoever wins in April between Charles Martin and Anthony Joshua). What we want to see is Wilder facing Povetkin and seeing if “The Bronze Bomber” can pass the biggest test of his career to date.

As things are now, the fight could happen in the U.S or it could be held in Russia. Will Povetkin’s people out-bid Wilder’s people with a massive amount of money? The fight would do huge business in Russia, where 36-year-old Povetkin regularly fills big arenas on stacked cards. Wilder will naturally want to take the fight at home, and it is now up to the two sides to make sure they place the winning bid. Fight fans have already waited long enough for this fight. It is time it was made official.

Wilder has retained his belt three times since winning it with a decision over Bermane Stiverne in what remains the biggest win of his career to date, while Povetkin has won four straight since suffering his sole pro loss at the hands of then-champ Wladimir Klitschko.