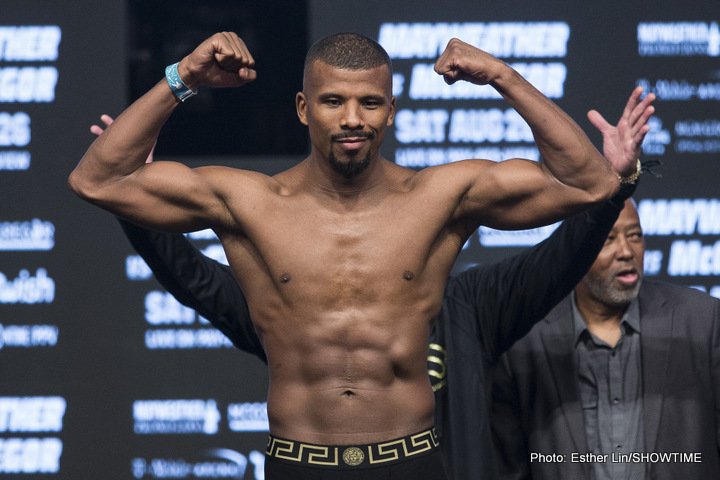 Just over a month after winning it with an impressive stoppage win over Nathan Cleverly on the huge Floyd Mayweather Conor McGregor card in Las Vegas, Badou Jack has vacated his WBA light-heavyweight title. But already, as per a report on RingTV.com, a fight has been made to see who picks up not only Jack’s version of the belt, but also the recently retired Andre Ward’s Super version of the WBA crown.

Bivol, an aggressive and exciting puncher, earned his shot at the WBA 175 pound belt with a decision win over Felix Valera back in May of last year; the winning giving Bivol the interim belt. A pro for less than three years, Bivol has won his last three fights by stoppage and he is hungry for his first shot at world glory. It seems fair to say he will be a pretty heavy favourite to become champion at Broadhurst’s expense.

The tough Australian is full of heart, yet he has been stopped before; way back in 2011 when, in his eighth pro fight, Robert Berridge stopped him (New Zealander Berridge also sharing a ring with Bivol, an 8-0 Bivol stopping him in February of this year). Since then, the 29 year old has won all 13 of his fights, but against no particularly big or notable names. It could be an exciting rumble while it lasts, but 26 year old Bivol has to be the pick to win and win big.

As for Jack, fans may indeed think it strange that he has vacated his title, especially so soon after winning it. Unless of course, Jack did not want any part of Bivol! How good is the latest Russian banger who is looking to dominate the light-heavyweight division? It could be lots of fun finding out.

Broadhurst last fought in February of this year, while Bivol last boxed in June. Not surprisingly, neither man has boxed in Monaco before.