Adrien “The Problem” Broner, 34-4-1, 24 KO’s, walked away from the squared circle with another notch in his win column following his unanimous decision win over formally undefeated contender Jovanie Santiago, 14-1-1, 10 KO’s. However, it wouldn’t take a trained eye for the sweet science of boxing to observe that the judges’ score cards don’t paint an accurate picture of what actually took place in the ring.

The achilles heel throughout Adrien Broner’s career has been his lack of punch volume. That was on display tonight, following a two-year break from boxing.

Pointed out in the stateside commentary, Broner started his first round back in the ring by throwing a grand total of zero punches in the opening round.

This continued throughout the fight up until the later rounds, with punch stats showing that Adrien Broner was on the losing end of total punch volume in every single round.

Devil’s advocates will claim that his low punch volume is indicative of his counter punching style of fighting, which is a solid argument. However, when the counter puncher realizes that their first game plan is not working, they will usually start to up the volume.

This is not, and will never be the case with Adrien Broner. Jovanie Santiago fought Broner the best way he could. That was by simple overwhelming him with as many punches as possible without getting defensively irresponsible.

As the fight wore on, and Santiago’s gas tank needed to recover, Broner slowly started to pick up the pace and managed to place some very nostalgic combinations together, winning him some rounds. These actions would ebb and flow throughout the entirety of the bout.

Decisions and our opinions on them aside, as we look towards the future of the 140-lb division, and try to find where Broner fits in the puzzle. With the Creme’ of the Crop, WBA and IBF Jr Welterweight Champion, Josh Taylor, and WBC and WBO Jr Welterweight Champion, Jose Ramirez in talks for a possible unification for the undisputed crown, we then turn our attention towards the top ten contenders in the division. These names include the likes of Regis Prograis, Jose Zapeda, and Mario Barrios. With rumors swirling of WBA Superfeatherweight Champion, Gervonta Davis considering a two-division jump to 140 lbs, Adrien Broner certainly has a full plate.

One must stop and ask themselves, with the amount of young, hungry talent out in the rankings, who have only just, or never have tasted the sweet euphoria that is being a world champion, how can Adrien Broner rekindle the excitement and fervor that enveloped the boxing world nearly a decade ago when he was taking the world by storm. Will this be a successful comeback? At this point, that all depends on what Broner and his camp view as a “success”. 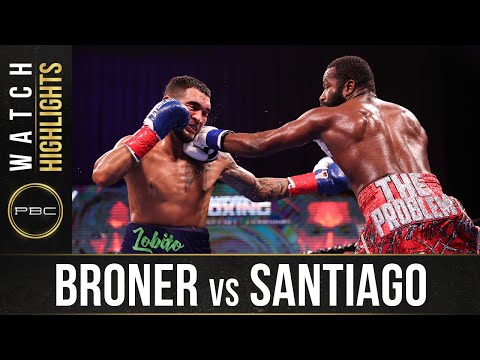